The first running and mobility clinic for Denver area amputees was held Saturday. A 6-year-old boy is getting a surprise of a running prosthetic leg. 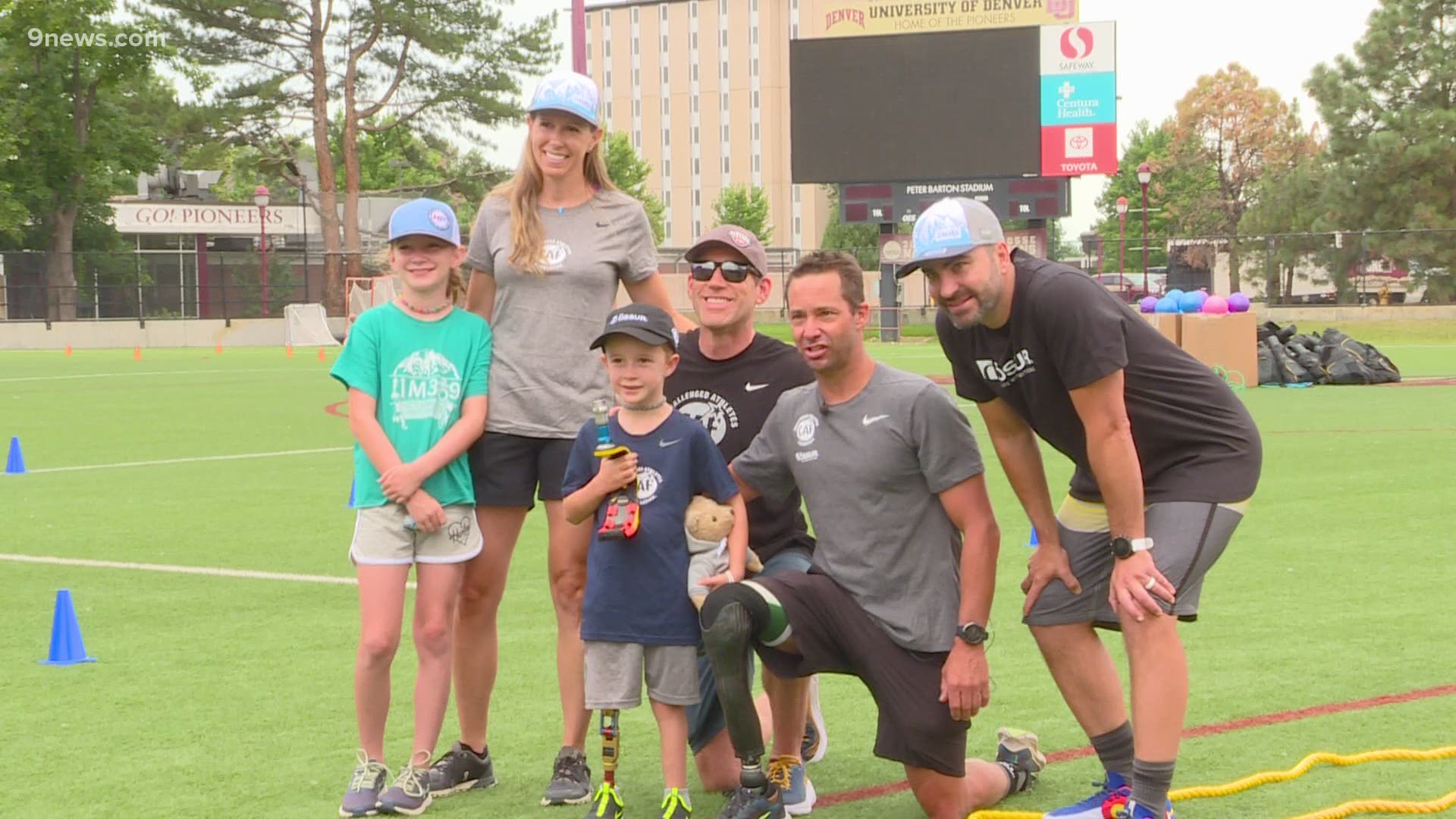 DENVER — For the past 18 months, people with limb differences haven’t been able to get the exercise they need.

On Saturday, Ossur and The Challenged Athletes Foundation (CAF) held their first running and mobility clinic of the year at the University of Denver to change that.

“We’re providing the tools the resources and the community for individuals with lower limb loss to be able to go out and to run, to walk, to do whatever they need to do, and we’re super excited to do that today,” said Lauren Gerrbi, CAF program manager.

Two professional para-triathletes, Jamie Brown and Eric McElvenny, joined them before they head to the Paralympics next month.

“So exciting to be named Team USA," said Paralympian Eric McElvenny. "Grateful for the opportunity to represent and to go over to Tokyo and compete. And wear the U.S. uniform. The emotions are all over the place."

Both athletes have reaped the benefits of working with Ossur and CAF, and now they are both ambassadors, coming back to grant 6-year-old Clayton Simon with the same gift they were both granted years ago.

“We’re ready to ramp up his athletic game," Brown said. "And with that, I would like to offer you this token from Ossur -- a sports running leg with a Nike sole. Compliments of Ossur and the Challenge Athletes Foundation."

Clayton was there with his parents, Kelley and Steve, to accept this new piece of hope.

“What this will allow him to do is to sprint," Steve said. "He’s already expressed interest in doing other sports like basketball and other things."

His parents knew Clayton would be born with a limb difference. But that hasn’t stopped the boy from running, and playing basketball, soccer and sled hockey. Without the grant, his parents weren't sure whether they could’ve made this happen.

“Prosthetics are expensive, so I’m not sure without the grant we would’ve been able to have the means to have this running leg,” Steve said.

It took Clayton some time to get his new leg adjusted and get used to it. By the time the clinic was over, he was already sprinting.

“We hope to give back to them because they have given so many athletes including our own such good support and you know just love,” Kelley said.