Officials announce initiative to bolster employment for those leaving prison

A total of $1.1 million will support efforts to help reintegrate people recently released from prison into society. 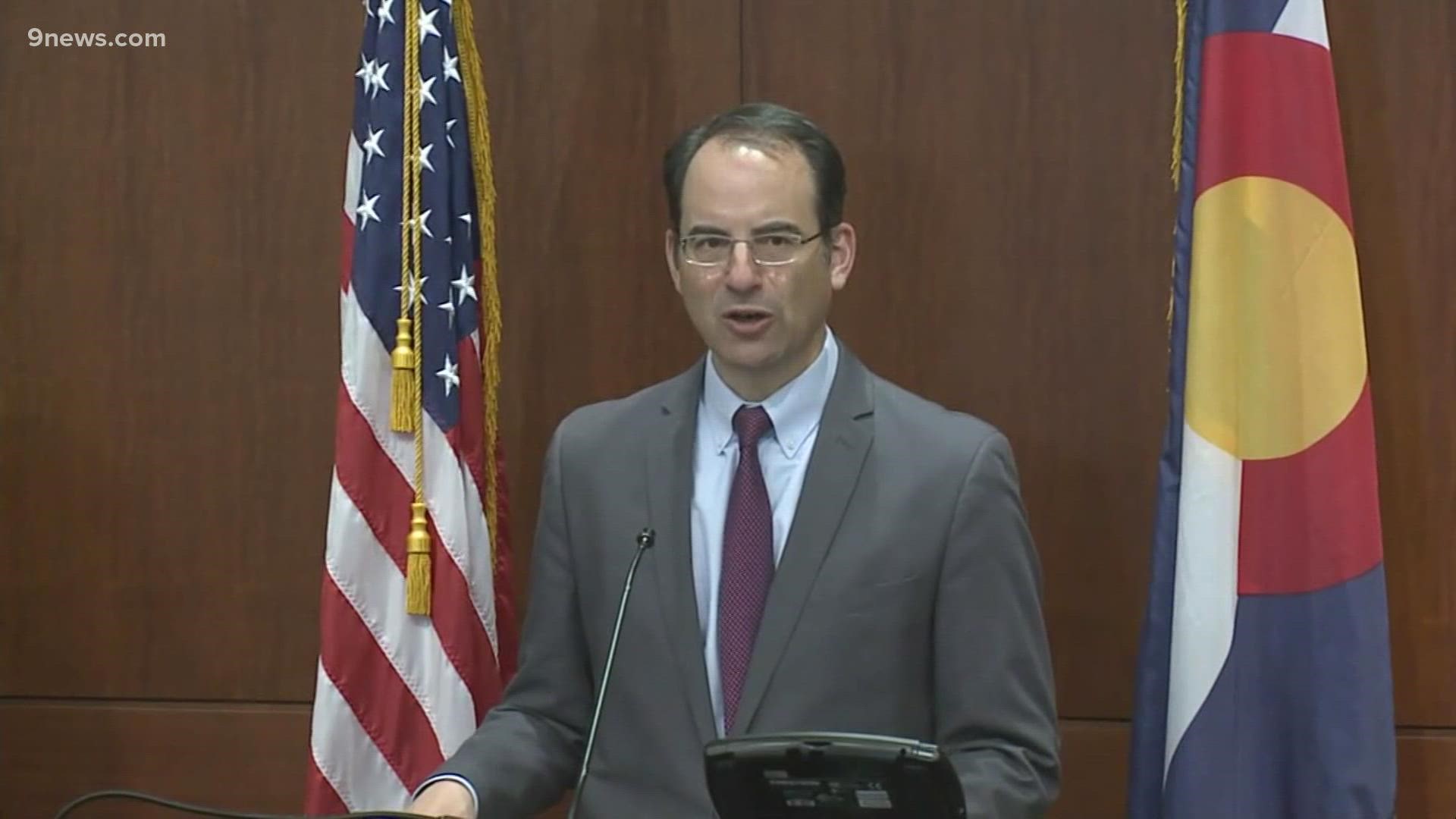 On Tuesday, he announced a three-year $900,000 grant to work with the Latino Coalition for Community Leadership (LCCL) and other community organizations to build a network of employers willing to hire people leaving prison.

The network will help businesses receive the training and support they need to succeed as fair chance employers and spur continuous learning and sharing among peer employers about best practices for hiring, developing, and retaining talent.

The Colorado Department of Corrections (CDOC) will receive an additional $200,000 in grants to support community organizations that assist people leaving the prison system with job skills, mental health support, housing, and other needs.

"What we can do together is coordinate the overall ecosystem. So service providers are working together and as individuals leave prison, they're supported," said Weiser. "This could mean even work that happens before they leave, technical training and programs."

The initiative has three primary goals:

The CDOC, AG's office and community-based organizations will work together to meet those goals.

The CDOC already partners with the LCCL and non-profit community partners across the state through the Work and Gain Education and Employment Skills (WAGEES) program. The LCCL serves as a grantmaking intermediary, providing administrative oversight and acting as a liaison and translator between state agencies and community partners. Also, the LCCL works in partnership with the National Reentry Workforce Collaborative (NRWC), which strategically collaborates to establish unified approaches that support education, workforce, and reentry.

Hassan Latif, who founded and is the executive director of the Second Chance Center knows just how hard the reintroduction to society can be as he himself was once in prison.

"My struggle to find viable employment after being released almost 16 years ago has been the rule and not the exception," he said. "Much has changed thankfully. Yet so many barriers and limited options still remain. This fast chance hiring initiative can really move the needle."

He founded Second Chance Center in 2012 and said there are now 18 formerly incarcerated people on his staff.

"There was literally no vision of or a pathway towards cooperation with the Colorado Department of Corrections or any other state entity," he said about 2012.

He chuckled as he explained how he and the attorney general fought against each other for many years but are now working together.

"As for the Department of Law, my only experience was having the AG's office successfully fight every appeal effort on my behalf over the course of many many years."

RELATED: Parolee describes returning to society during a pandemic after 26 years in prison

Drew Patterson, who owns Basic Industries in Beuna Vista, has been hiring former inmates for two years and said the community has really embraced the idea.

"This tiny little town is kind of put their arms around this effort," he said choking up. "I'm sorry, I get fired up about this would and it would not have been like this probably three years ago but after having a chance to get to know these guys .. I feel like a lot of these guys, their stories have always been told for them. This is who you are based on what you've done."

Weiser and others said they also hope the program can reduce crime by reducing the rate of recidivism and providing resources to those released so that they can become fully self-sufficient.

More than 8,500 people leave Colorado prisons each year. Data from the CDOC shows that nearly half of offenders who are released return to prison within three years for committing new crimes or for violating terms and conditions of parole.

According to a new report from the Department of Law, providing employment opportunities for those leaving prison is one of the best ways to lower recidivism—helping people stay out of prison once they are released rather than being reincarcerated

Businesses that are interested in becoming involved can reach out to the CLLC.