The nonprofit organization helped with tens of thousands of meals and hotel rooms for those displaced during the wildfire season. 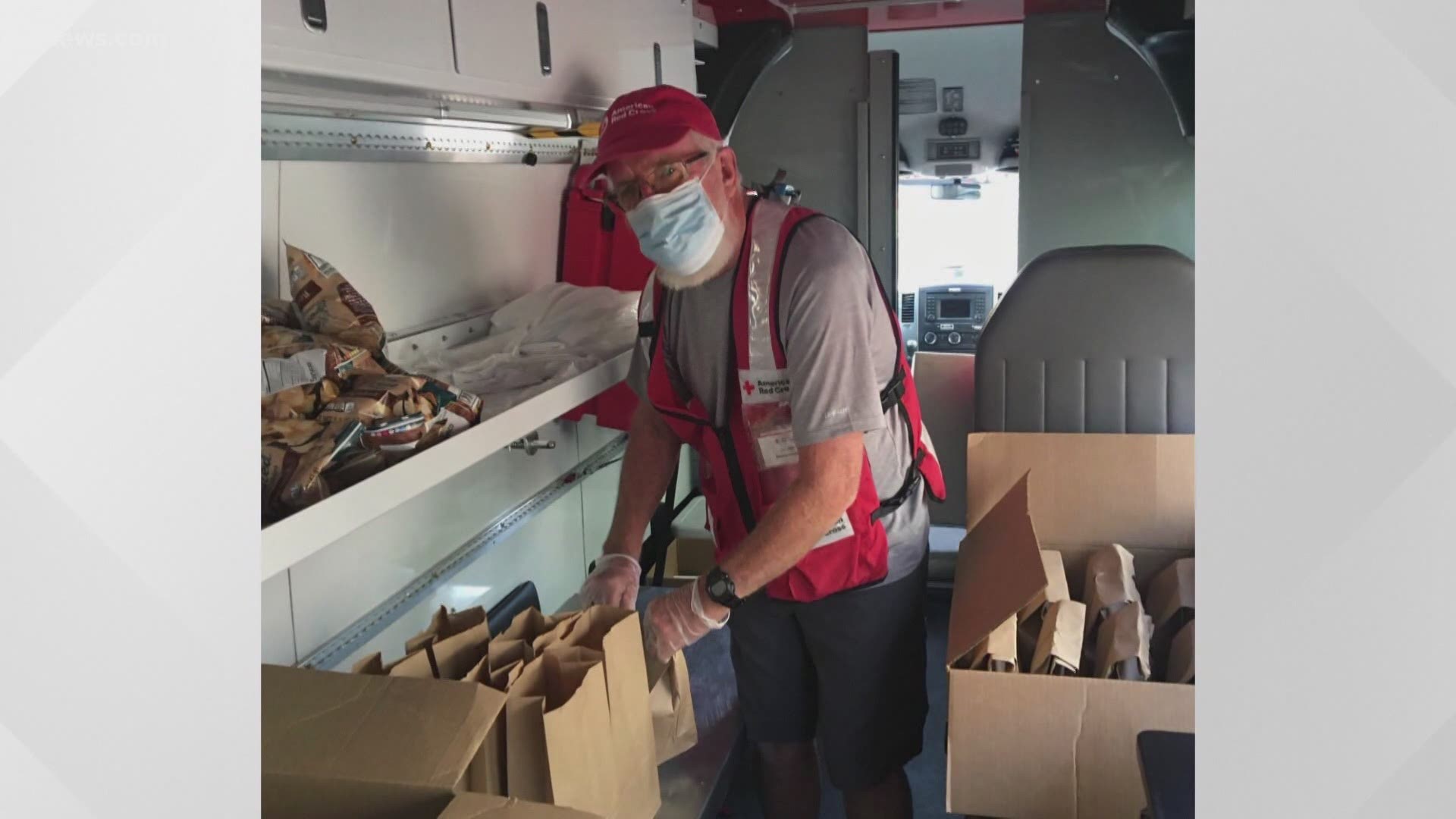 COLORADO, USA — After 80 days of providing meals and shelter to those displaced in the state's wildfires, the Red Cross of Colorado and Wyoming closed its last wildfire shelter this week.

The shelter closed on Tuesday, marking a milestone at the end of an unprecedented wildfire season for Colorado. Since October, Red Cross volunteers had been assisting wildfire evacuees in a year when Colorado had its three largest wildfires in state history.

The No. 1 and No. 2 fires, Cameron Peak in Larimer County and East Troublesome in Grand County, were among those that forced thousands of people to evacuate their homes.

The Cameron Peak Fire, which damaged or destroyed 468 structures, was 100% contained on Wednesday. It burned 208,913 acres.

The East Troublesome Fire also was 100% contained this past week, after burning 192,560 acres.

In addition to those fires, the Red Cross also assisted evacuees of the CalWood and Lefthand Fires in Boulder County and the Mullen Fire in Wyoming.

The Red Cross said that 322 disaster workers deployed in Colorado and Wyoming to give support and services to those who were displaced. Some of the help that they provided included: