The East Troublesome fire grew by more than 100,000 acres in one day, destroying 550 structures. 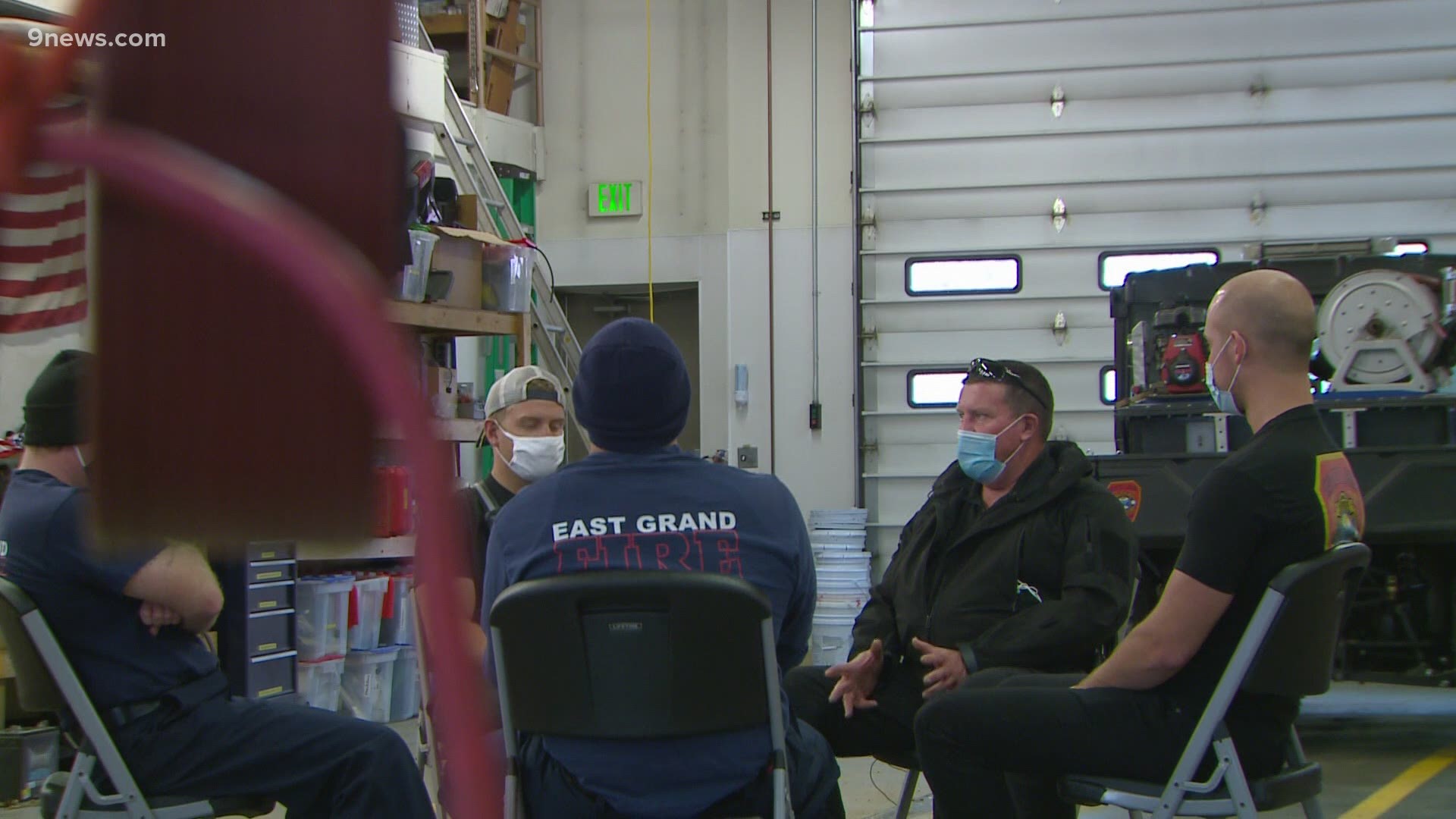 GRAND LAKE, Colo. — The smoke has cleared, the flames are mostly gone, but the memories of fighting the East Troublesome Fire won’t soon be forgotten.

When the East Troublesome Fire grew more than 100,000 acres in one day last month, firefighters from around Colorado came together to save lives and homes. For the firefighters in Grand County, battling the fire also meant fighting to save their town.

Nearly a month after the fire tore through Grand County, 9NEWS sat down with firefighters from Grand Lake and East Grand fire protection districts. We wanted to hear what it was like to fight the second biggest fire in the history of Colorado.

"It was just the perfect storm, and it happened," said Grand Lake firefighter Brad Zwiener. "This is a once in a lifetime experience of, it’s in your backyard, it’s our home. It was humbling to be a part of."

The fire ended up destroying more than 550 structures and killing two people. It could have been much worse if it weren’t for the stand firefighters from across Grand County and beyond put up to save Grand Lake.

Dan Mayer is the fire marshal in Grand Lake. He worked 41 straight hours the night the fire exploded.

"We’ve always talked about there was going to be a big fire up here. We have so much fuel, so much out here. You just couldn’t believe it was actually happening," said Mayer. "There was a fear, the way this was throwing out fire ahead of it, that some of that would go down into down and it would start spot fires."

On the night the fire grew more than 100,000 acres, firefighters and first responders had to work to evacuate entire towns as wind ripped through the area. They fended off the flames from destroying the town of Grand Lake.

"The heat alone, the sound, how quickly it moves, it’s kind of one of those things that you don’t expect until you’re actually there," said East Grand firefighter Chris Cheevers. "I had a lot of confidence in the departments in this county. I felt like as long as there were firefighters in the town, we would be able to defend the town pretty well."

The fire spread at an unprecedented speed. Firefighters from Grand Lake were aided by agencies from across the region rushing in to help.

"I thought it was going to be days before it got to Grand Lake, but it only took a few hours," said Grand Lake firefighter Jake Dunn. "Everything was on fire. It was either, if you could put it out quickly or just move on to the next one. It was pretty chaotic."

The East Troublesome Fire has grown to more than 193,000 acres. Right now it is 72% contained.

"It was definitely something we can all be proud of," said East Grand firefighter Marco Caceres. "We did all we could. We did a great job as a community, together."