The woman said she's concerned her dog ingested blue-green algae, a bacteria found in non-flowing freshwater that can be fatal to animals if ingested. 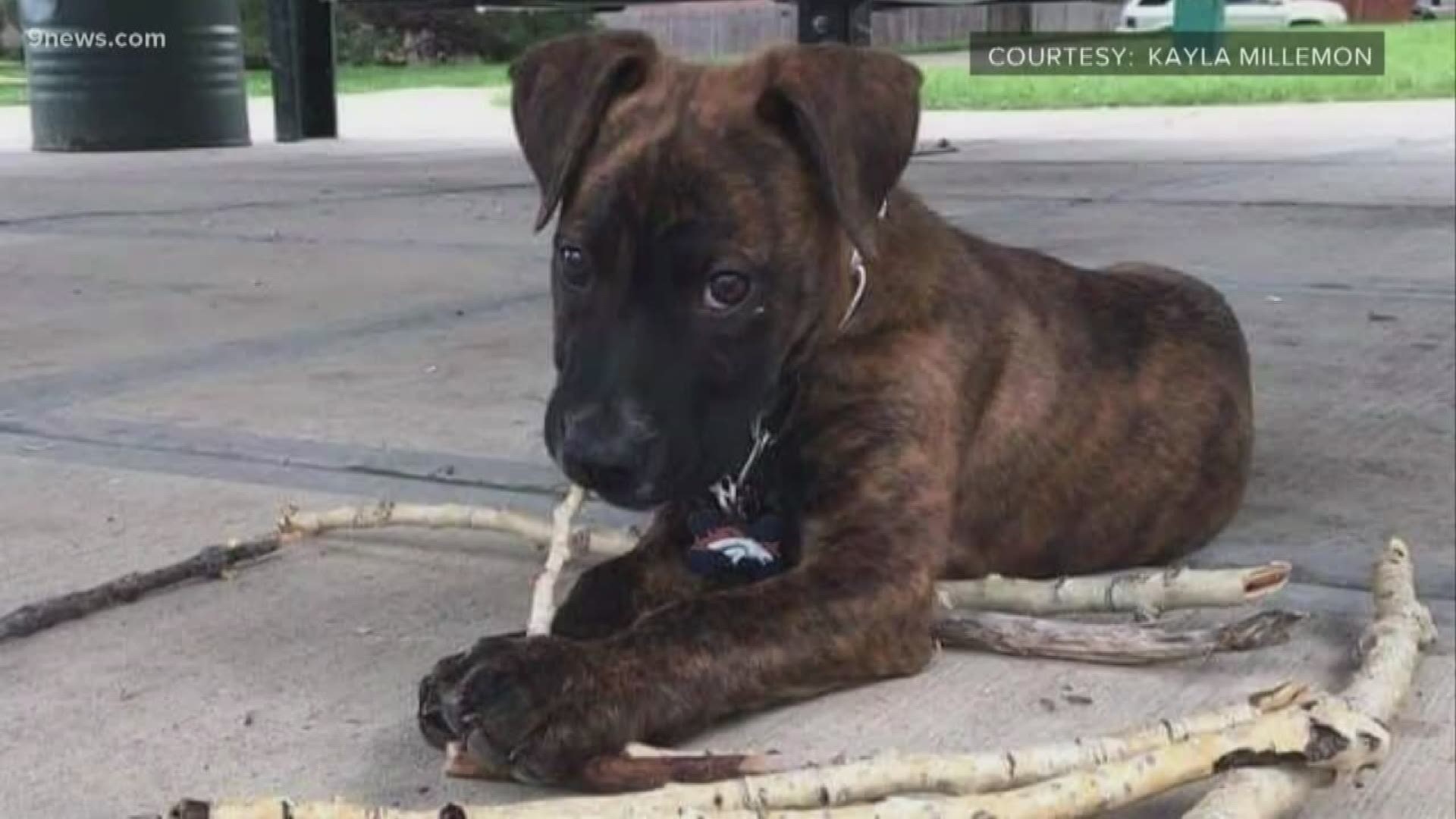 LITTLETON, Colo. — A local pet-owner is hoping the recent death of her dog will help remind others to be diligent about checking water conditions before allowing them to swim in it or drink it.

Kayla Millemon's said she recently took her Plott hound mix, named "Koji," to the off-leash park in Chatfield State Park, where he spent about 30 minutes splashing in the water.

Millemon said she found Koji having seizures the next morning and took him to a local veterinarian, but Koji ended up passing away.

The vet could not confirm Koji's cause of death, but said it could have had something to do with playing in the water.

Millemon said she is concerned her dog ingested blue-green algae, a bacteria found in non-flowing freshwater that can be fatal to animals if ingested.

Windsor Lake Reservoir closed in July due to high levels of the bacteria. It has since reopened.

Chatfield Reservoir has not closed due to high levels of the bacteria, and there is no confirmation it is linked to Koji's death.

9NEWS reached out to CPW to learn more about who is responsible for detecting blue-green algae and what prompts action:

9NEWS: Who is in charge of the inspections?

Each lake owner is responsible for their own lake. CPW monitors blooms in our state parks and state wildlife areas, and in partnership with the Water Quality Control Division (WQCD) in the Colorado Department of Public Health and Environment (CDPHE).

What prompts an inspection -- is it routine?

CPW does routine visual monitoring for blooms. If we see a suspicious bloom, we identify the algae. If the algae is capable of producing toxins we do further testing in partnership with WQCD and CDPHE.

Are some lakes more susceptible to algae than others?

Most algae is harmless and an important part of the aquatic food chain. Lakes with high nutrients are more susceptible to blue-green algae, which is the specific type of algae that is capable of producing toxins.

What conditions cause high algae levels?

How do they test for it?

CPW goes through several steps when an algae bloom occurs. We identify the species to determine if is a blue-green algae, and if that species is capable of producing toxins. If it is potentially toxic, we use strip tests that can tell if toxins are present. The strips take about one hour to run. If the strip is positive, we work with WQCD and CDPHE for further lab testing.

What should a person watch for?

People and their pets should avoid ingesting or swimming in water with heavy accumulations of algae.