While the world is watching outside, they’re busy working inside. 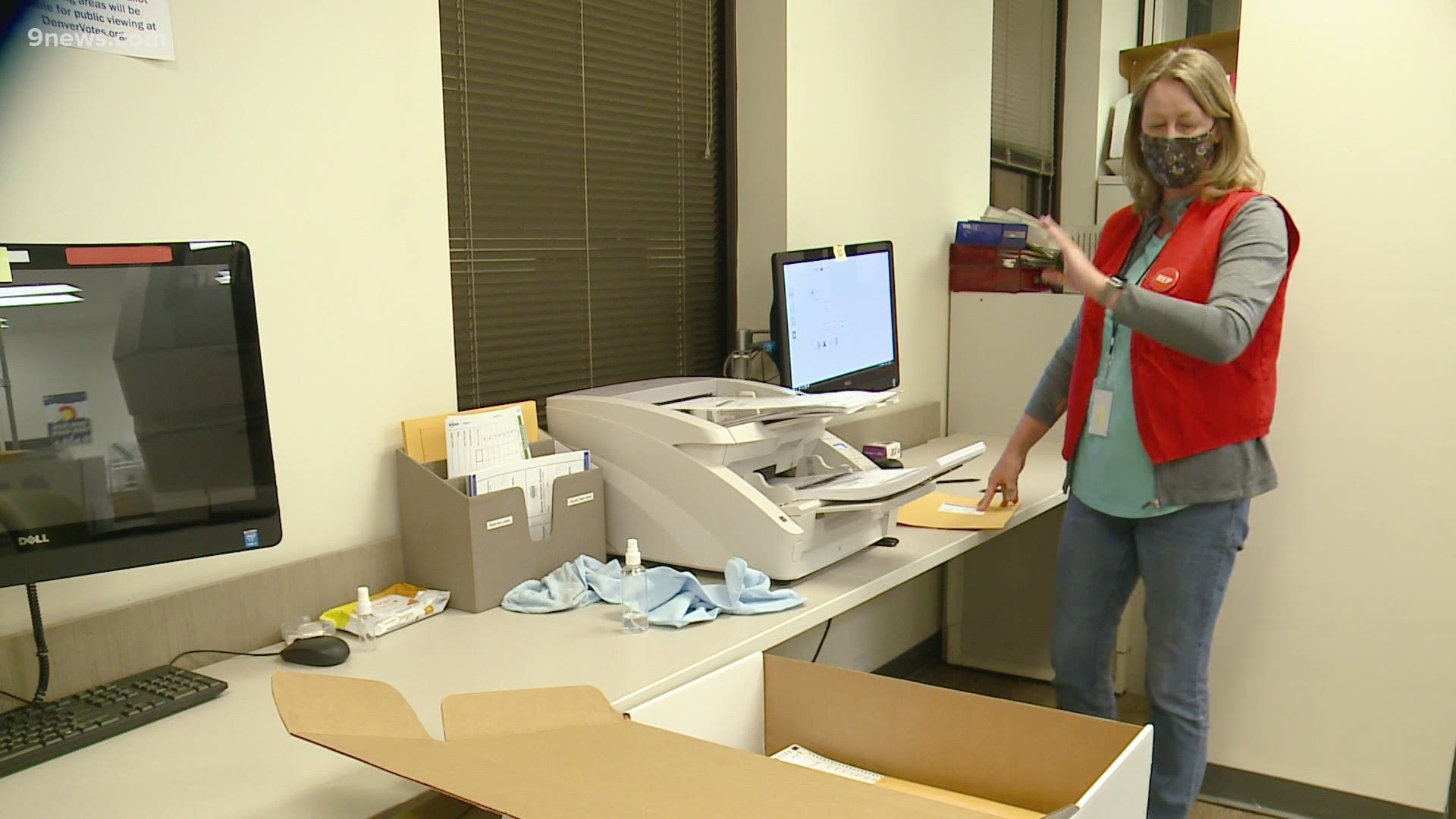 DENVER — It’s not a job you take for the spotlight, but that’s exactly where ballot counters have found themselves this week.

Inside the Denver Elections Division, the counters will tell you, they’re just busy.

“The first week was pretty standard. But this week has been kind of crazy,” said Jill Lindgren, a first-time ballot counter who said she signed up this year because she was curious.

Across the country, some are being hailed as heroes while others are heavily scrutinized.

“There’s a lot of talk about what goes on in the election process, and I just wanted to see for myself,” she said.

Concerned about how the ballot counting process worked, Lindgren signed up to get her answers.

RELATED: VERIFY: What are provisional ballots?

“I was really concerned about the verification and how that all worked, and I was just shocked at how detailed and how well thought out Colorado and Denver has it planned," Lindgren said. "They put a lot of work, a lot of years behind getting this setup. And they have really good systems in place to double-check and make sure everything goes through as they want.”

Mary Anne Thompson, a veteran ballot counter who started back in 2006, also described this year as busy.

“Very hectic,” she said. “But you know, the process is working perfectly. It’s just, there's a whole lot of ballots out this time around.”

Friday afternoon, the counting room was still buzzing. About 30 counters are working inside Denver Elections Division, in a job that lasts about two to three weeks.

RELATED: VERIFY: No, this isn't video of a woman fabricating votes at a polling location

“They're a lot of stuff we do here where you need two people,” Lindgren said. “Like adjudication – if there’s something 'off' on a ballot. You have someone from different parties sit together and they agree on what the answer should be. It’s really, completely bi-partisan here.”

Along with red vests and masks, the counters wear buttons, indicating their political party affiliation.

“So that nobody can say that it's [the ballot counting process] not legit,” said Thompson. “And we don’t talk politics once we walk in the door.”

Outside, they know the world is watching, lobbing both criticism and praise.

The counters said they mostly tune it out. They’re too busy.

“Honestly, we don’t have a lot of time to think about it while we're here,” Lindgren said. “And when we go home, [we] kind of tune out a little bit.”

“I think all the people in this room are working very hard to make every vote count,” Thompson said. “There’s a lot of work that goes behind counting these ballots, so if it takes a while, please bear with the poor people doing it.”

She said she is glad she signed up for this short-term job. She got some answers to those questions she initially had.

“Now I know, I don't have to listen to what other people say,” Lindgren said. “I can make my own opinions, and I can tell other people, at least from what I’ve seen in this process, your ballots are in good hands.”