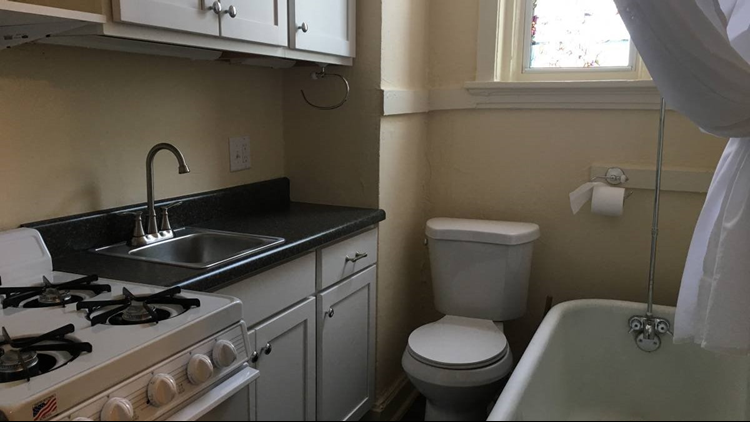 KUSA — A studio apartment that was recently for rent in St. Louis left the internet with more questions than answers.

The apartment, advertised for $525 a month in the city's Central West End neighborhood (similar to Denver's Capitol Hill), combines the kitchen (a range, sink and cabinets) with the bathroom (the bath, shower and toilet).

A photo of the rather unusual home made the rounds on the web - especially on Reddit - where the post garnered more than 2,600 comments...most of them expressing disgust.

"It's not a full size bathroom, it's an eat-in kitchen with a dual purpose chair. Never get up to leave the table again during a meal," one Redditor quipped.

The property leasing manager, Harold Karabell, told local newspaper the St. Louis Post-Dispatch that the unit had passed its city inspection, despite the abnormal layout. The building was completed in 1907 with 12 luxury apartments at the time, but it has since been "sliced" into 50 units.

Karabell also confirmed in that write-up that the apartment has been rented.

Someone, somewhere is showering to the smell of sizzling bacon.