The Pios clinched an NCAA regional spot for the second-consecutive year after winning the Summit League Championship. Mary Weinstein was two strokes off of the lead. 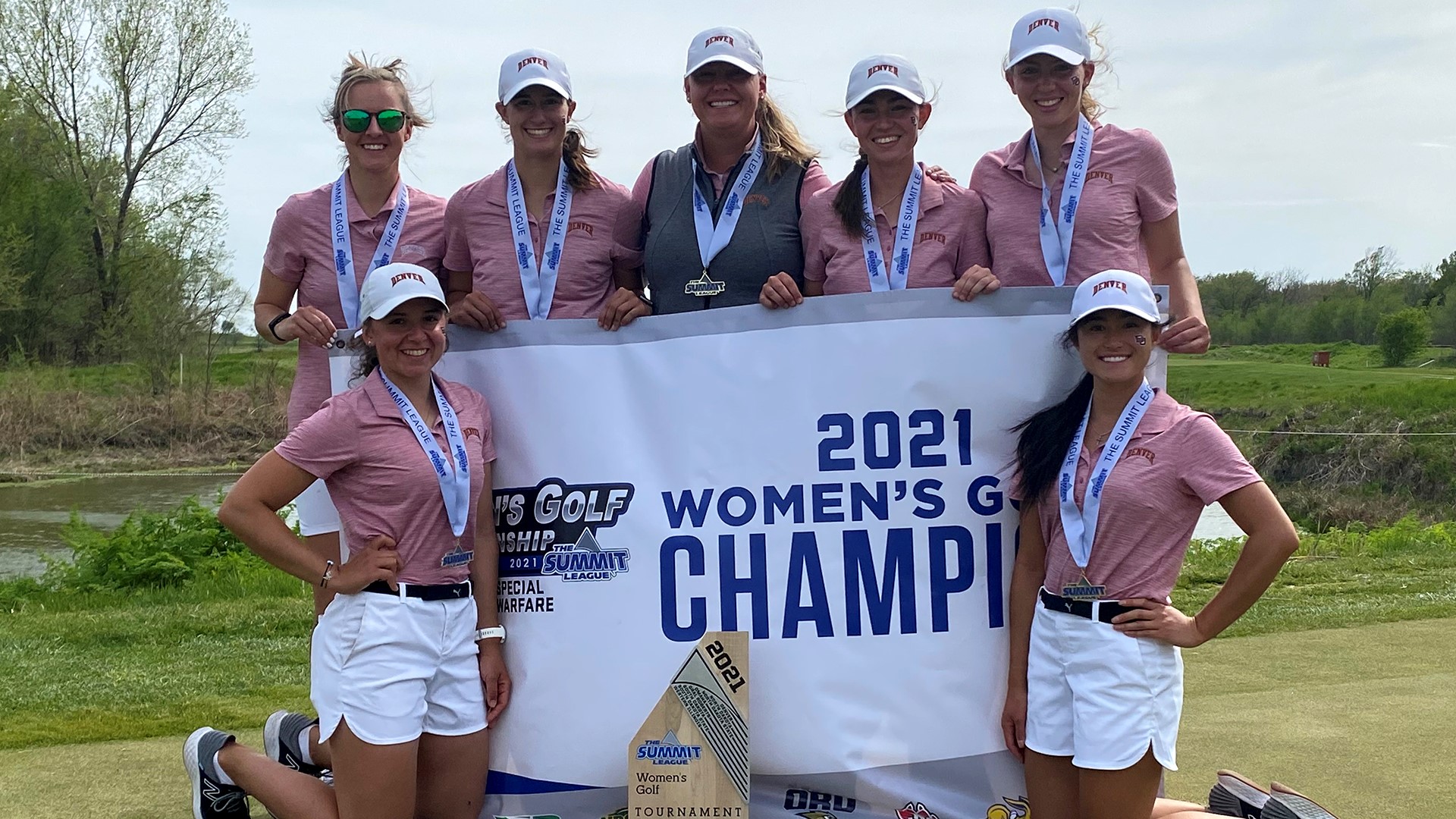 DENVER — Mary Weinstein is no stranger to winning.

The Regis Jesuit High School graduate has two titles in her trophy case: a team title from 2015 and an individual medal one season later. At the time, those were the highlights of her golf career.

Fast forward a few years, she has some other highlights to add to the resume. Weinstein was named All-Summit League First Team 2017-2019, and Summit League Golfer of the Year in 2019. The grad student is now leading the clubhouse at the University of Denver in quite a few categories.

"She has the lowest career stroke average, has the highest GPA, she's getting her masters in management, and she's just a great leader and just truly cares about her teammates and this team," Head Coach Lindsay Kuhle said.

Yet for the perennial winner, it hasn't come too easily for Weinstein in this unpredictable year.

"She hasn't had the best season in her career and struggled getting into the lineup even in the early part of the winter, but kept working hard, kept believing in herself, and kept working on the right things, that now she's peaking at the right time," Kuhle said.

Peaking to the tune of second place in the entire Summit League tournament, finishing only two strokes back of first place and a second-consecutive Summit League MVP title.

"Not being able to play last year during COVID gave me a bit more confidence this year to defend our title and make sure that I represented DU to the best of my ability," Weinstein said.

Weinstein and her team brought home their second-consecutive league team title, earning a place in the NCAA regional next week at Stanford.

"It makes me so proud to see what we've been through and how they've handled it with class and never really got down," Kuhle said. "They kept working hard the entire time, from in the classroom to on the golf course, we've done some really special things this year."

A one-and-done trip to regionals isn't enough for the Pios. Both Kuhle and Weinstein have their sights set on the bigger prize.

"I think we're going to make the national championship," Kuhle said. "I know that we're just focused on the regionals and just having three good rounds of golf, but we've just always sensed that we could make it."

"I'm excited, I'm ready!" Weinstein said. "We've prepared to the best of our abilities, not only on the golf course, but in the classroom and in the weight room, and we're the best student-athletes that we can possibly be."

RELATED: DU golfer fulfills dream of playing at Augusta one year after lockdown