Hockey is a family affair for the Compher family

JT Compher and his youngest sister Jesse find support in each other, their sister Morgan, and their parents. 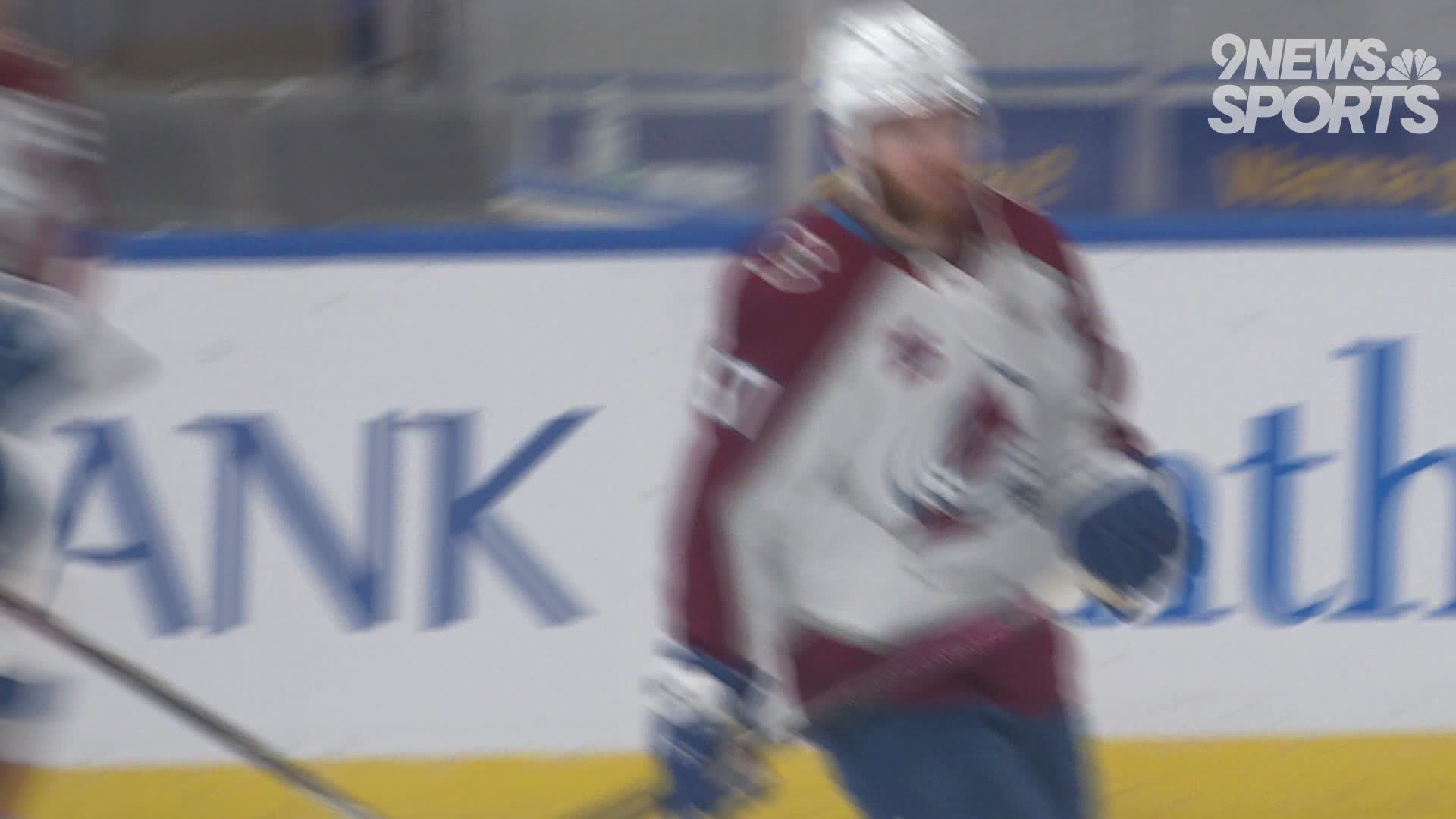 ST. LOUIS — As JT Compher's star rises within the Avalanche organization, he's bringing his biggest fans along for the ride.

The first round of the Stanley Cup Playoffs pitted his team against the St. Louis Blues, only a short four hour drive from his hometown of Northbrook, IL, outside of Chicago. JT invited his parents Valerie and Bob, his youngest sister Jesse, as well as his aunt and cousin. They got front row seats to his goal in game three and his two wins to seal the series.

"I would say we made eye contact a few times," Jesse said. "Our seats were pretty close to the glass, which we're not really used to."

JT said it never gets old catching a glimpse of his family before the game and during his short bursts on the ice.

"I kind of feel young again to have them at the game," he said. "You're not feeling like you're at a professional rink with 18 thousand, it's nice to have a little familiarity in the crowd."

Those familiar faces also shared some pretty important traditions. Jesse said she calls for a puck from her big brother every time she watches him warm up -- or else it might not fare well for him.

"They didn't tell me until after the game that they were superstitious, I try to stay away from superstition," JT said.

Luckily for him, he flipped both Jesse and his aunt pucks before faceoff of game four. They also secured souvenirs from Valerie Nichushkin and Joonas Donskoi.

Whether they're catching pucks in stands or passing them back in forth back home, JT never shies away from spending quality time with Jesse, a US Women's National Team player and a senior forward at Boston University.

"It's been fun growing up with JT as my role model, watching him play from such a young age," Jesse added. "I try to model my game after him."

JT was unable to see any of Jesse's games this season due to strict COVID-19 protocols, but during a road trip to Boston during the 2019-2020 season, he joined his parents and sister Morgan in the stands of Agganis Arena, along with his teammates Sam Girard and Tyson Jost.

"During the season, we try to check in with each other and talk about how we're playing and watch each other. She asks for advice, whenever I'm able to catch a game," he said. "She enjoys it and it's a good way for us to spend more time on the phone and as a family."

Thanks to his sister, JT is a true fighter -- for women's hockey.

"I have my sweatshirt on today for the PWHPA (Professional Women's Hockey Player's Association). I see how hard they work and the time and the passion they have for the game, and how much little girls look up to them in the Chicago area, where I experience it," he said. "It's important for the game for them to be playing at a high level, be seen, and be compensated for their work."

Jesse hopes the exposure from the US National team will help the game grow in the near future.

"These players work day in and day out just like the men, and I hope they get what they deserve," Jesse said.

Hockey is more than a sport or a career to the Compher family; it represents quality time, support, and pride.

"It's brought the five of us so close together from all of the road trips and everything," Jesse said. "The support system that I have and that JT has from my parents and our sister is just amazing."

Their mother Valerie, wearing a number 37 jersey, was beaming with pride for all three of her children.

"We would be proud if they were doing whatever they were doing. We have another daughter, Morgan, who doesn't play hockey and we're equally proud of her success in the business world," Valerie said. "We're just happy that we can share these times with our family."

Their father, Bob, said they all try to cherish each of the little moments together on the road, watching games, and even catching pucks, because they never know when the last one will come flying over the boards.

"We enjoyed every moment of it, from every road trip to everywhere we went with our kids, it's just been a blast," Bob said.

JT said he knows how proud his parents are of him, a professional hockey player for the top team in the NHL, but he's also proud of the work they've put into his and his sisters' careers.

"My parents have sacrificed for me since I was a kid, whether it was time on the road watching us play, or my mom was a manager on almost every hockey team I played on to help cut down on costs. That's why it's so nice when they're at games to get them tickets and to see them having fun," he said. "They gave me and my sisters a chance to chase our dreams and us three are all trying to take advantage of that."