Married couple Marybeth and Hunter Price have been through the worst times of their athletic careers together and are now training toward Olympic Trials. 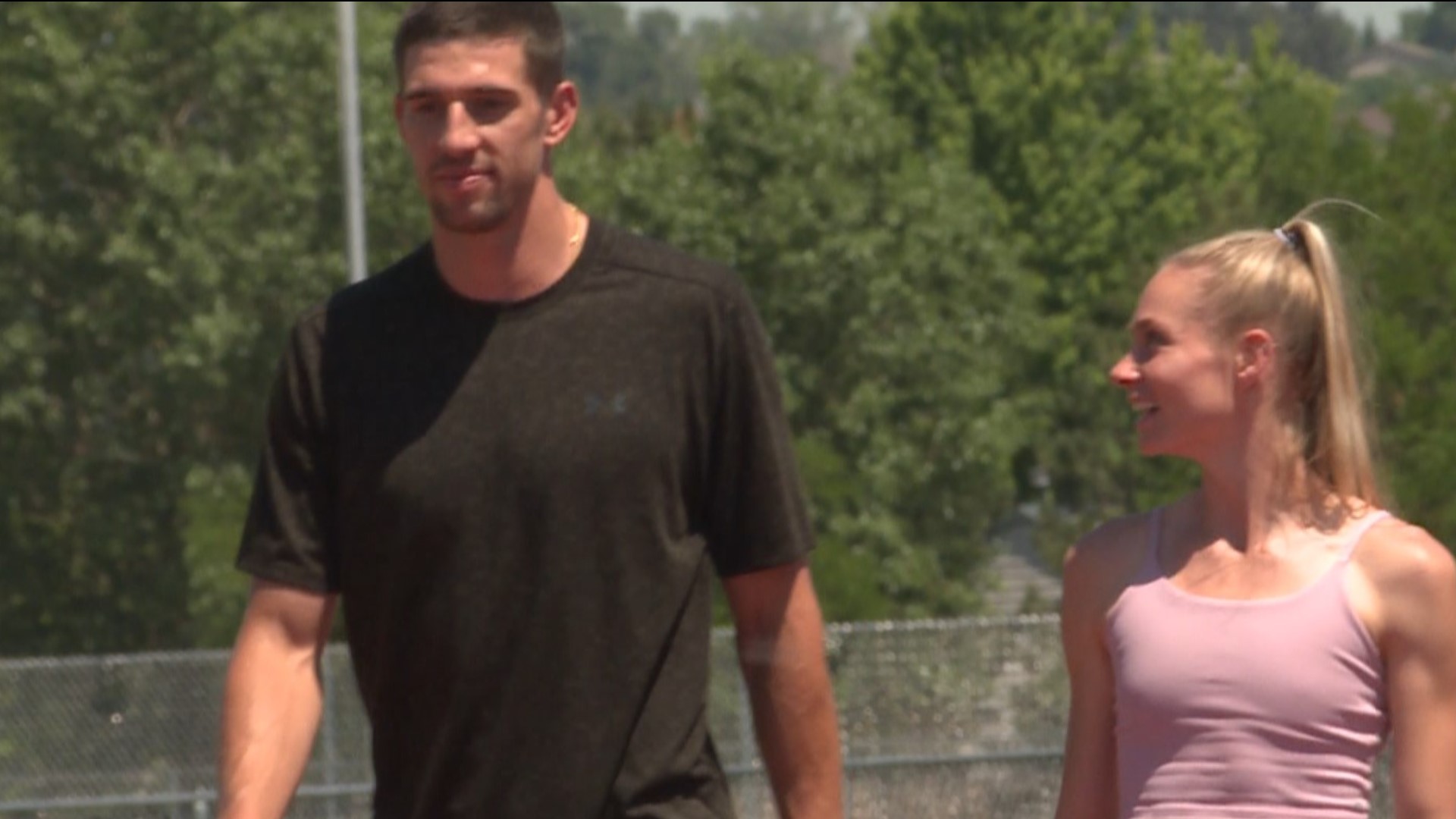 LAKEWOOD, Colo. — Marybeth Price, née Sant, is used to being the best. The Valor Christian graduate was once the number one recruit in the entire country with the fastest 100M time, and earned two 5A state titles.

Now at age 26, she's looking to cash in at the Olympic Trials.

But she won't be alone. Her husband Hunter has been with her each step of the way, just like he was when she nearly quit track in 2016 due to stress fractures from Osteopenia. He's now training and competing alongside Marybeth to hopefully make the 2020 US Track and Field team for decathlon.

Nor would he without her. Hunter, a Ralston Valley graduate, took notes from her perseverance when he had to fight back from his own near career-ending injury. After falling in a 2017 championship meet as a member of the Colorado State decathlon team, he tore tendons away from his hamstring and dislocated his shoulder upon impact.

"It was motivating for me and inspiring and it gave me purpose and helped me believe in my comeback and let me know that you can come back from something serious and be better than you were before," he said.

The two former Rams have demons to face when they head to Eugene for Trials. Hunter ended his hopes for a title on that very track, while Marybeth nearly threw in the towel during her first collegiate stint with the Ducks.

"I think it's really realistic. I think it's extremely doable," Marybeth said. "I don't think there's an ounce in us that doesn't think it can happen. It's just up to us going there and mentally being prepared and executing what we're capable of doing."

The Prices are not sponsored and both work full-time jobs outside of track and field. Yet, they both believe their training has put them in a position to succeed.

"We fully expected to be in this situation. This is what we prepared for," Hunter said. "There's a good percentage of people at this meet that have the talent to qualify for the team, it's just a matter of who can show up on the day and execute. A big part of that is believing in yourself and having the confidence to go out and do it."

RELATED: Marybeth Sant lighting up the track for Colorado State