The Broncos are also conducting all meetings virtually this week and are bringing in an emergency kicker. 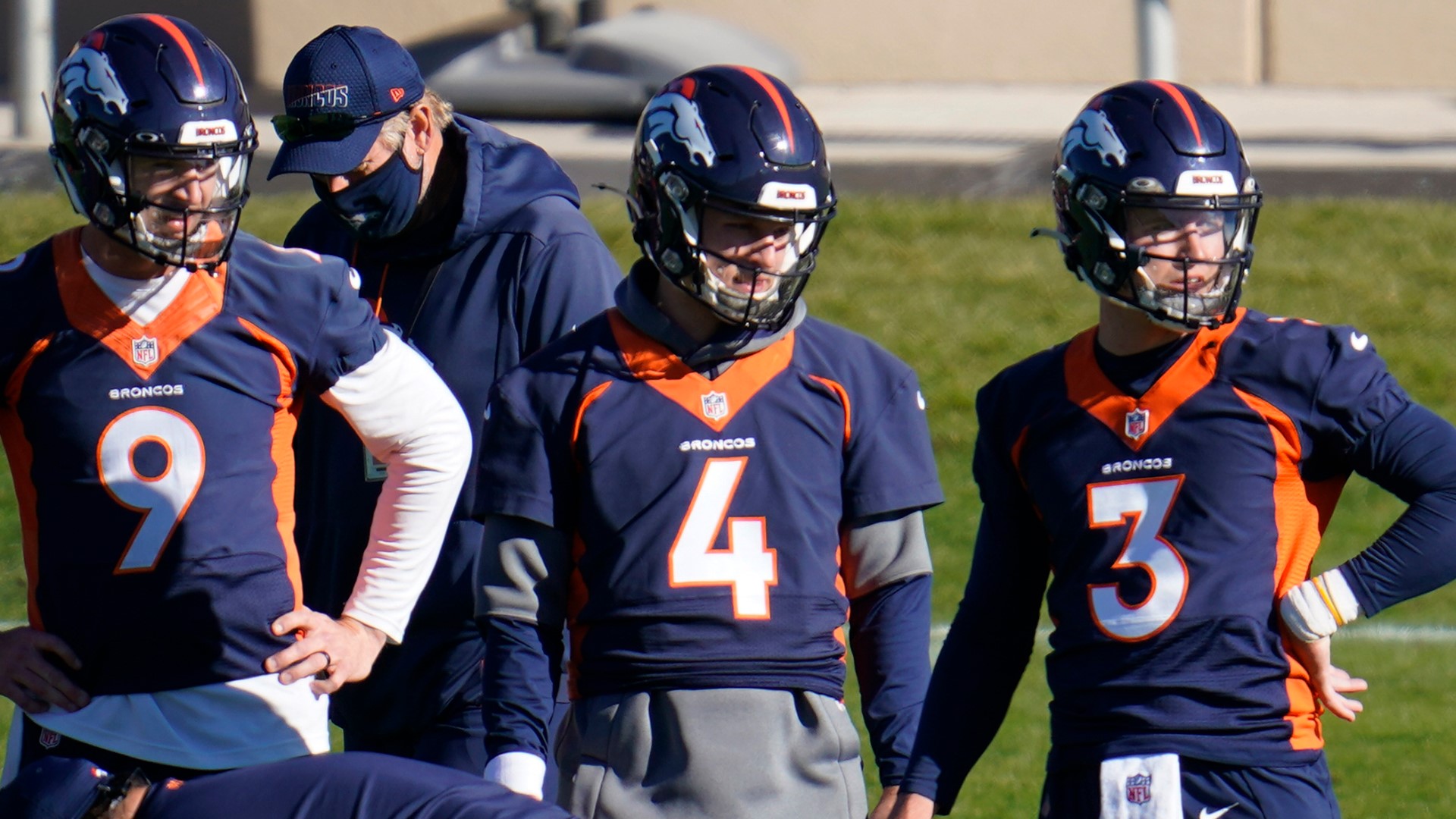 ENGLEWOOD, Colo. — For at least this week, the Denver Broncos are making veteran Blake Bortles their quarantine quarterback.

The former Jacksonville Jaguars’ franchise quarterback was the No. 3 overall pick in the 2014 draft, Bortles was a five-year starter but he has not started a game since he was released following the 2018 season. He is currently on the Broncos’ practice squad making $12,000 a week.

He will now stay home during the week with exception of coming in to get his COVID test – which is in building just outside team headquarters – maybe pick up a to-go food order, but he will not practice with the team.

This is one of four significant adjustments the Broncos have made in light of having none of their four quarterbacks available during their 31-3 loss to the New Orleans Saints on Sunday because a COVID concerns. Backup quarterback Jeff Driskel learned he had tested positive on Thursday and Drew Lock, Brett Rypien and Bortles were deemed high-risk close contacts and were forced to quarantine for 5 days.

The Broncos called up practice squad receiver Kendall Hinton, a former quarterback at Wake Forest, to serve as QB but he only completed 1 of 9 passes for 13 yards and had two interceptions.

Fangio addressed these changes during a virtual team meeting Monday. He added during his Zoom media conference all four quarterbacks would be fined according to the team's fine schedule for COVID protocol violations that have been in place all season.