Rookie QB will practice Tuesday, but doesn't have to be activated to roster for another 21 days. Bryce Callahan will also start practicing Tuesday. 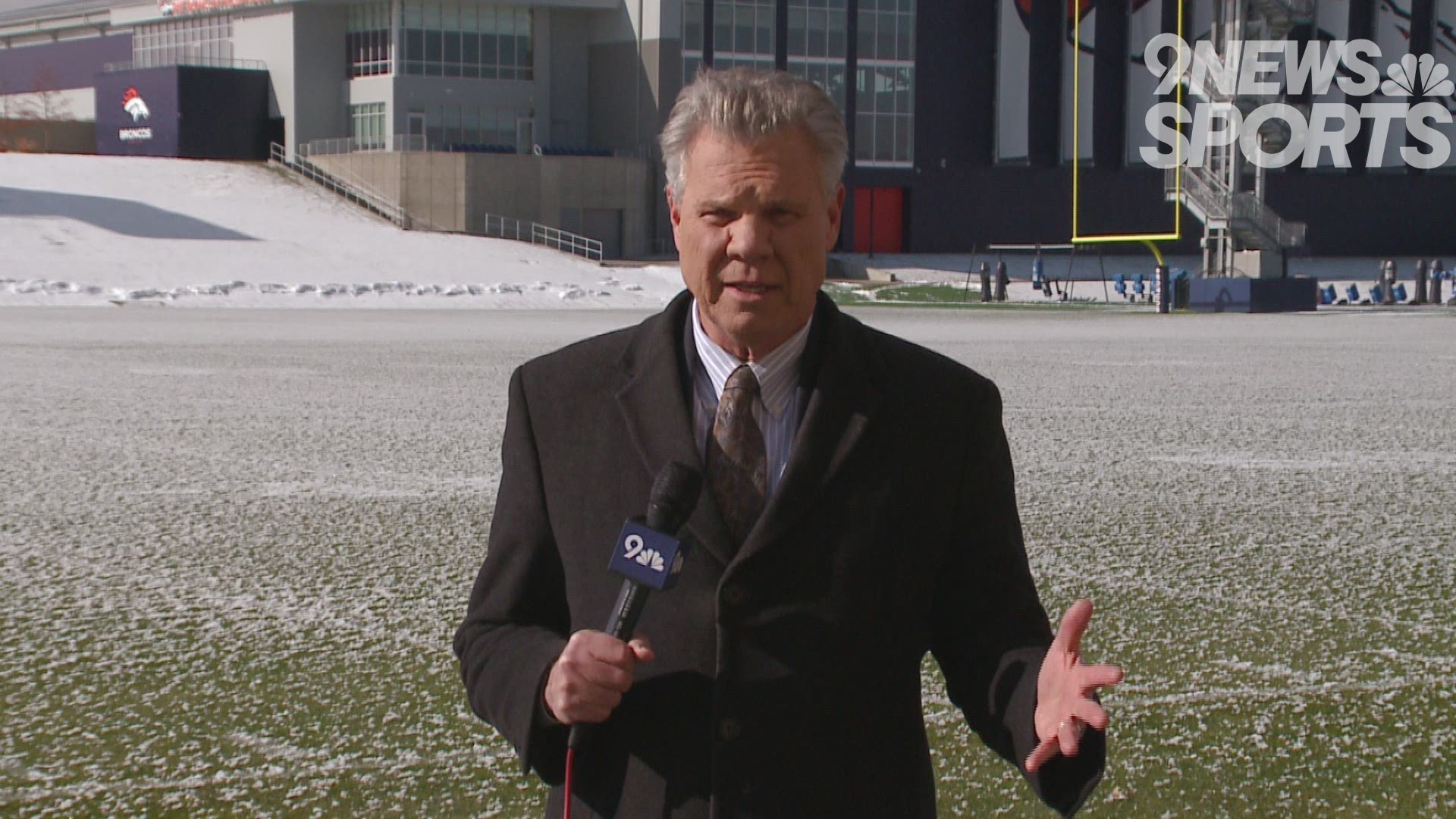 ENGLEWOOD, Colo. — Time to find out if Drew Lock can be the Broncos quarterback in 2020.

After sitting out nearly three months because of a thumb injury, the Broncos’ second-round rookie will start practicing Tuesday, as 9News first reported and Denver head coach Vic Fangio confirmed during his press conference Monday.

"We’ll try to get him as many as we can," said Fangio in reference to Lock's practice reps. "Some of that will be scout team. You’ve got to remember this guy hasn’t taken a snap or been in a huddle since the middle of August."

It was the Broncos’ third preseason game against the San Francisco 49ers on August 19 that Lock suffered the injury on his right passing thumb. It’s been called a "sprain.’"

Practice is one thing. Playing in a game is another. Brandon Allen will start at least the next two games -- at Minnesota on Sunday and at Buffalo the following week. Brett Rypien will be the backup against the Vikings and most likely against the Bills.

The Broncos will then play the Los Angeles Chargers here at home and don’t have to activate Lock on to their 53-man roster until week 14 when they play at Houston.

At this point, the way to bet is for the Broncos to take the full 21 days before activating Lock. And then to serve as a backup to Allen against the Texans and week 15 at Kansas City.

But bets are lost all the time and Lock can cause the Broncos’ decision-makers to accelerate his activation schedule.

Eventually, Lock will play this year. The minimum is the final two games against the Lions and Raiders. Both of those games are at home. He could play earlier, depending on how he practices and how Allen plays on Sundays.

But consider this: Fangio has to make sure the other 52 players on the roster are down with the decision to play Lock. Players don’t care about next year, because it’s not promised. They want to win this week.

Still, for the overall good of an organization that is on the brink of missing the playoffs for a fourth consecutive season, the Broncos must get an educated guess this year on whether Lock will be ready to be their quarterback next year.

To considerably less fanfare, cornerback Bryce Callahan will also practice Tuesday essentially for the first time this season. Callahan missed the final four games with the Bears last year because of a broken foot that required surgery.

He signed a three-year, $21 million contract as a free agent with the Broncos -- $6.5 million fully guaranteed -- but his recovery was aggravated during the team’s stadium’s practice in late-July. He has barely practiced since.

After taking a stem-cell shot in his foot in late-September, Callahan is as ready as he’s going to be this season to practice.

No. 3 safety Will Parks is also scheduled to return to practice Tuesday. The plan is for Parks to eventually play with a club-like cast on his surgically repaired hand. …

Tim  Patrick is expected to return and give the Broncos’ receiver depth Sunday at Minnesota. He has been out since suffering a broken hand in the season opener at Oakland. …

RELATED: Broncos Mailbag: Lock is most logical answer for 2020