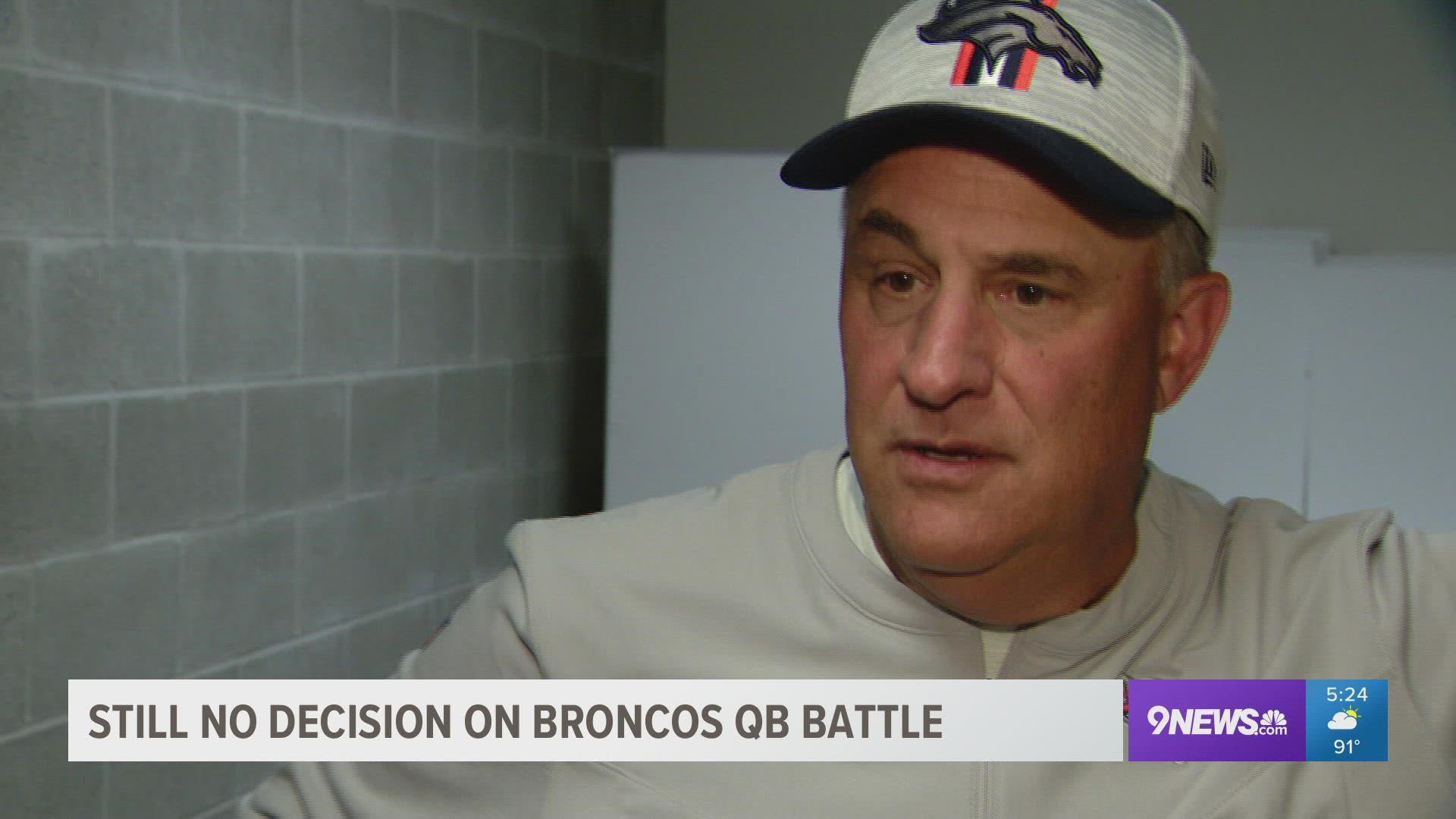 ENGLEWOOD, Colo. — Before reading this note, find a wooden object to knock in.

Through the full 3 ½ weeks of training camp and two-thirds of the preseason, the Broncos have avoided major injury to their top players.

Major injuries to backup players is another matter. Veteran center Brett Jones and recently signed running back Adrian Killins were the latest to suffer significant injuries.

But the Broncos got better-than-expected news for cornerback Michael Ojemudia when an MRI exam showed it wasn’t a knee injury, as initially feared, but a hamstring injury suffered in the Broncos’ 30-3 win Saturday night at Seattle.

An 11-game starter as a rookie last season who got pushed down to No. 5 corner this season following the additions of veterans Ronald Darby and Kyle Fuller and first-round draft pick Pat Surtain II, Ojemudia is expected to be sidelined four to six weeks. The good news is he suffered the injury three weeks prior to the Broncos’ season opener at the New York Giants on Sept. 12 so Ojemudia should be ready no later than the second month of the regular season.

Where the Broncos have taken the biggest hits is to their running  back depth. Killins, who was signed last week to replace the injured LeVante Bellamy, suffered a significant ankle injury that will sideline him several weeks. Killins was waived/injured off the roster Monday. His injury follows that of the quad pull to No. 3 running back Mike Boone and the ankle injury to Bellamy, a reserve running back.

Boone will be sidelined another three to 5 weeks and Bellamy landed on injured reserve, although he too should be ready early in the regular season. For the second consecutive week, general manager George Paton had to find another back. He signed Killins last week. This week he signed rookie Stevie Scott III to help spell Royce Freeman and Damarea Crockett to help carry some load for the final preseason game Saturday against the Rams.

Scott hailed from Indiana University before he was signed by the New Orleans Saints as an undrafted rookie on May 2. He was waived a week ago after not playing in the Saints’ first preseason game. He is a huge back at 6-foot-2, 231 pounds. He rushed for 1,137 yards and 10 touchdowns as a freshman in 2018.

>> Video above: Mike Klis on why he believes Teddy Bridgewater has won Denver's QB competition

Laufenberg grew up in Castle Rock and lettered in football, baseball and basketball at Castle View High School.

"It was a really great experience,'' Laufenberg said in a phone call with 9News. "Pretty surreal to be able to have a chance to play with the team you watched growing up. I'm going to keep in shape and keep grinding and see if I get any calls within the next couple weeks."

The team also released veteran linebacker Pita Taumoepenu and placed veteran center Brett Jones on injured reserve. According to a source, Jones tore his biceps on his first play at left guard in the fourth quarter. He stayed in to finish the series – which ended with Brett Rypien throwing a touchdown pass to Shaun Beyer.

The Broncos have to make two other roster cuts  before their practice Tuesday to get their roster down to 80 players.

RELATED: Bowlen children open up about having two parents with Alzheimer's