Landeskog on battling for Stanley Cup with no fans: 'It's still going to get heated'

The Avalanche's captain said he will miss having fans at playoff games, but the team will find a way to stay motivated without a raucous crowd. 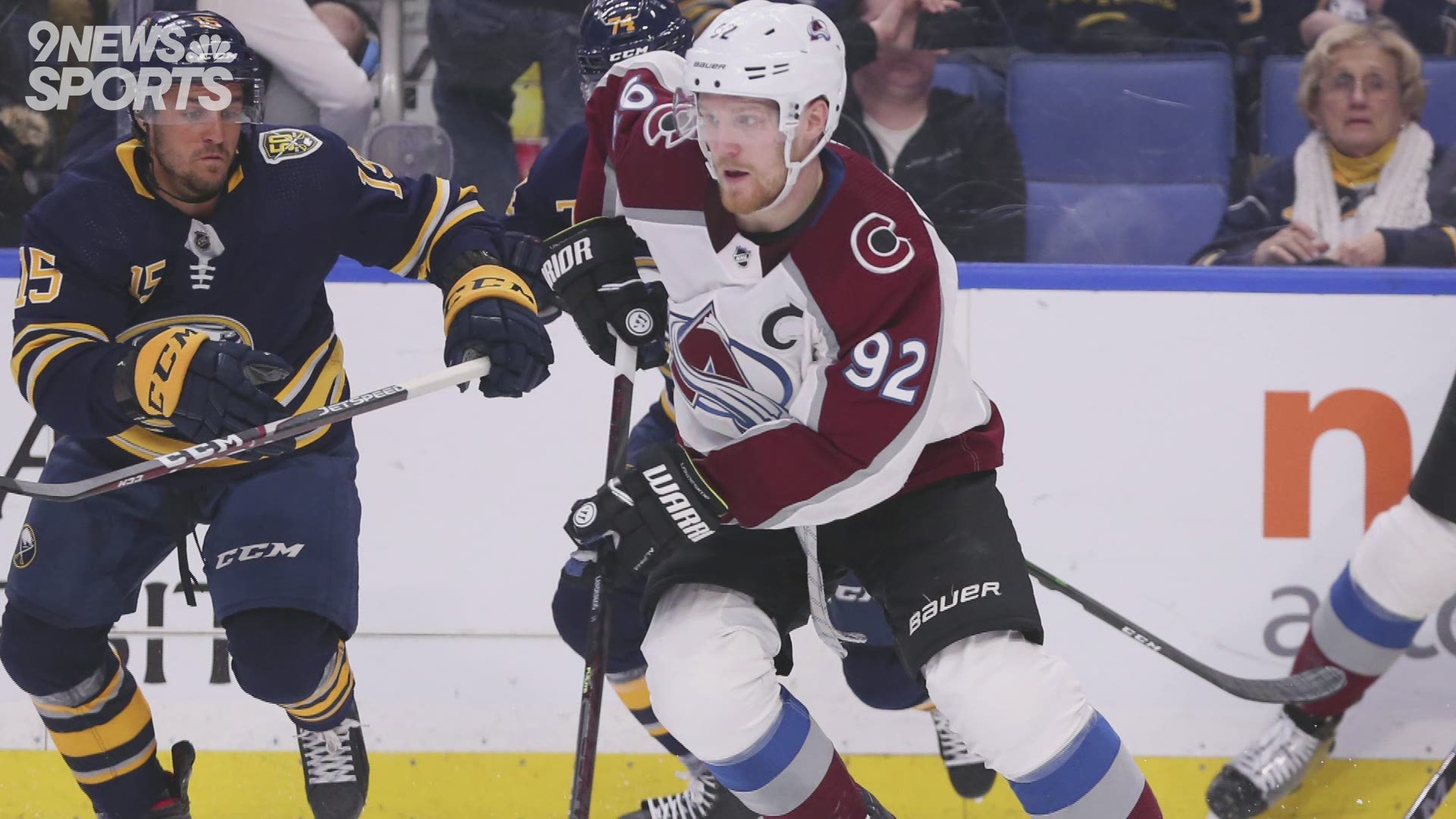 DENVER — The 2020 NHL playoffs aren't going to look like they normally do.

Not by a long shot.

Colorado Avalanche forward Gabriel Landeskog said he is embracing that reality. In a conference call with local media on Tuesday afternoon, the team's captain acknowledged things are going to be a little different this year.

"Everything else is different in this world. You're wearing a mask, you can't hug people, you can't shake people's hands, so why would the Stanley Cup Playoffs be the same?" Landeskog said.

Most notably, the games will be played without fans and will take place in two "hub cities" to be announced, although Denver is not in consideration.

"The crowd has been a huge part of the atmosphere. It makes the NHL and the game we love so great. Without them it will be very different and weird at the start," Landeskog said.

With that said, these men are the best hockey players in the world. And even though fans are important to the energy a game takes on, players being self-motivated will be critical with so much on the line.

"I'm sure once you get to elimination games, third period, (it's) still going to get heated and emotions are going to crank up. It's still us versus whoever and it's going to be important for that feeling to come out as fast as possible," Landeskog said.

Right now the league is in Phase 2 of its return, meaning up to six players can practice together at any given time, with the goal to keep a safe environment as the team gets back in hockey shape.

Once Phase 3 and eventually Phase 4 (games begin) roll around, players will be separated from their families and kids. The team that wins the Stanley Cup will be quarantined in a "hub city" for more than two months. It's something Landeskog knows he'll have to do, even if it's tough to leave his wife and seven-month-old daughter back home.

"At the end of the day I work for the Colorado Avalanche and it's what I love doing and it's my job and dream to play in the NHL. We're going to have to trust the NHL and NHLPA that there's going to be protocols in place that we're all safe and in an environment that gives us as much freedom as possible, but at the same time being safe," Landeskog said.

It will all be worth it if the team can bring back the Stanley Cup to Denver for the first time since 2001. For Landeskog, despite a long break, he knows the Avalanche are capable of doing just that.

"Everybody's starting from scratch, being out three months. I think it sort of levels the playing field. All teams are going to be healthy for the most part. Everybody's had time to heal bumps and bruises and injuries. I like our chances, I think we're still a pretty young team, we're an exciting group," Landeskog said.

Exciting, even without fans in the stands to witness the action.

RELATED: Avalanche back on ice as NHL's Phase 2 of return begins