CDOT is proposing to augment travel to Eagle county with a shuttle service that would operate 12 round trips during peak travel days. 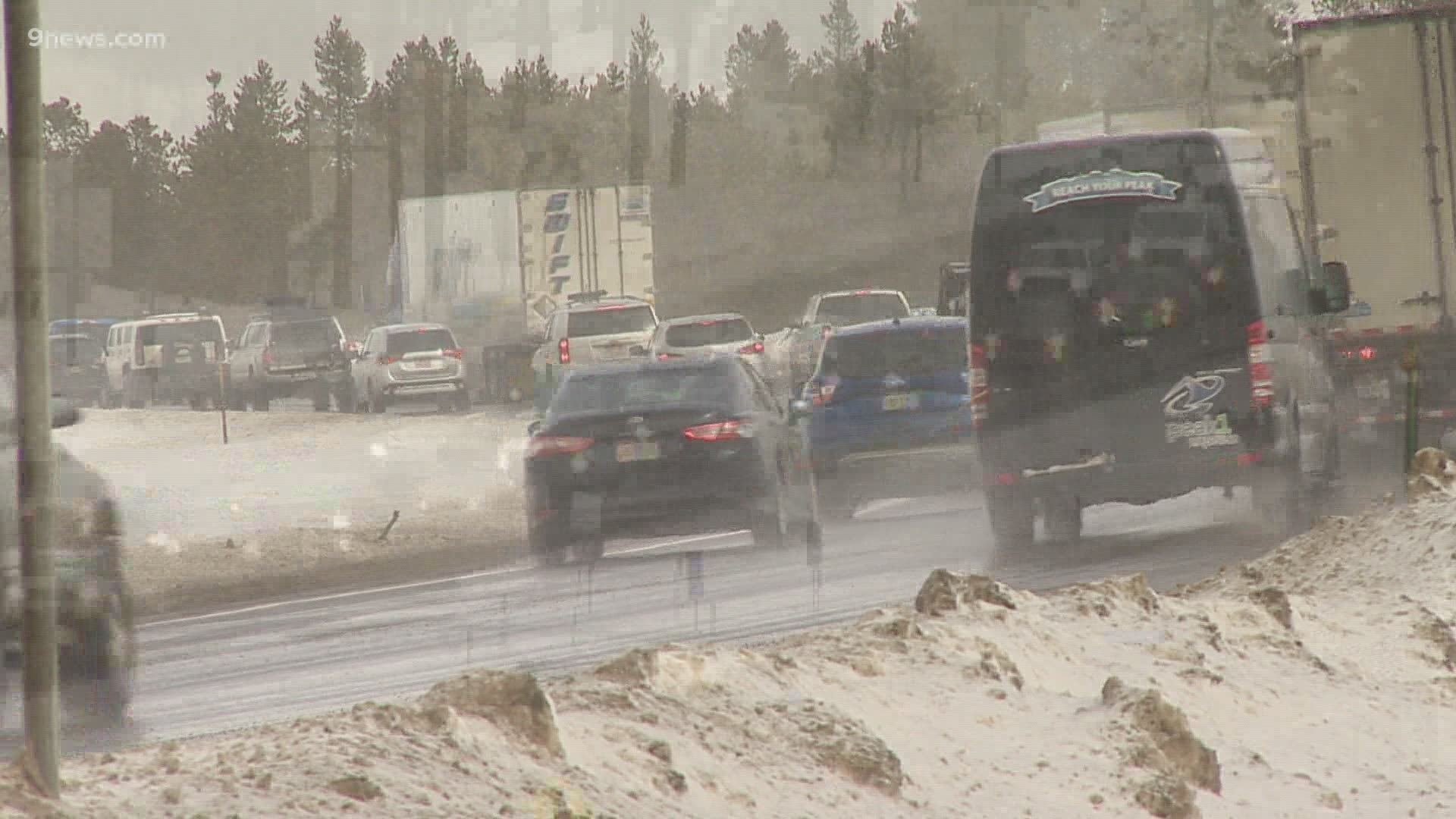 CENTENNIAL, Colo. — State-owned shuttles could be zipping between the Denver metro and resort towns along Interstate 70 by the end of 2021.

The department is now proposing to augment those with a contractor-operated shuttle service that would operate 12 round trips during peak travel days between the Denver metro and Eagle County, with stops at RTD’s Union Station, the Denver Federal Center, and local transit stations in Frisco, Vail and Avon.

Kay Kelly, chief of CDOT’s Office of Innovative Mobility, said the service is aimed at recreational users and would help reduce traffic and help the state reach its climate goals.

"This is really a nice way to address [vehicles miles traveled], and emissions, and greenhouse gases, and to just offer an attractive mobility option and alternative to the single-occupant vehicles status quo," she told the Colorado Transportation Commission last week.

Potential fares range from $5 for a Frisco-to-Avon/Vail ride, $14 for a Denver-to-Frisco trip and $20 for Denver to Avon/Vail. Rides must be reserved. CDOT estimates improving the routes will cost $1.3 million upfront and $1 million to $1.23 million in annual operating expenses, the latter of which will be covered initially by federal stimulus funds.

CDOT Executive Director Shoshana Lew said the service proposal shows that the department wants new mobility options, like transit service, as it widens roads to add capacity. The department is currently gearing up for a $700 million expansion of I-70 at Floyd Hill.

"I think we could debate in a perfect world who could be the provider of this particular service,” Lew said. “But we all know that it crosses jurisdictions ... and it's probably not going to happen unless we, as the connector of those different authorities, at least get it off the ground."

CDOT plans to use 14-passenger diesel- or gasoline-powered shuttles for the new service. Unlike the larger, 51-passenger coach buses used on the other Bustang lines, the shuttles will be small enough to use the new toll lanes near Idaho Springs. And operators won’t need their commercial driver’s licenses to drive them.

RELATED: Weekend closure of Quebec Street under I-70 begins Friday

The service, which CDOT hopes to launch in December pending approval this spring from the Transportation Commission, is meant to compliment for-profit shuttle services. Vail Resorts, for example, charges $75 for its tourist-focused service from Denver International Airport to its Summit and Eagle County ski areas.

"They do a wonderful job,” Timlin said. “They're a very important part of the corridor's transportation infrastructure. We, on the other hand, are going to stick with what we do best. And that's taking Coloradans up and down the corridor."

Vail Resorts did not immediately respond to a request for comment.

Some transportation commissioners expressed concern that the department plans to subsidize skiers and ski resorts. Timlin said it might appear that way. But he said the overarching goal was to “attack traffic” in the congested corridor, and down the road, expand the department’s microtransit offerings to more rural areas across the state like the Eastern Plains and the San Luis Valley.

“I see this as just the beginning,” he said.

RELATED: CDOT warns of lengthy delays on I-70 in Idaho Springs this week