"I walked from Durango to Denver carrying nine days of food, gear and everything; didn't stop once along on the way." 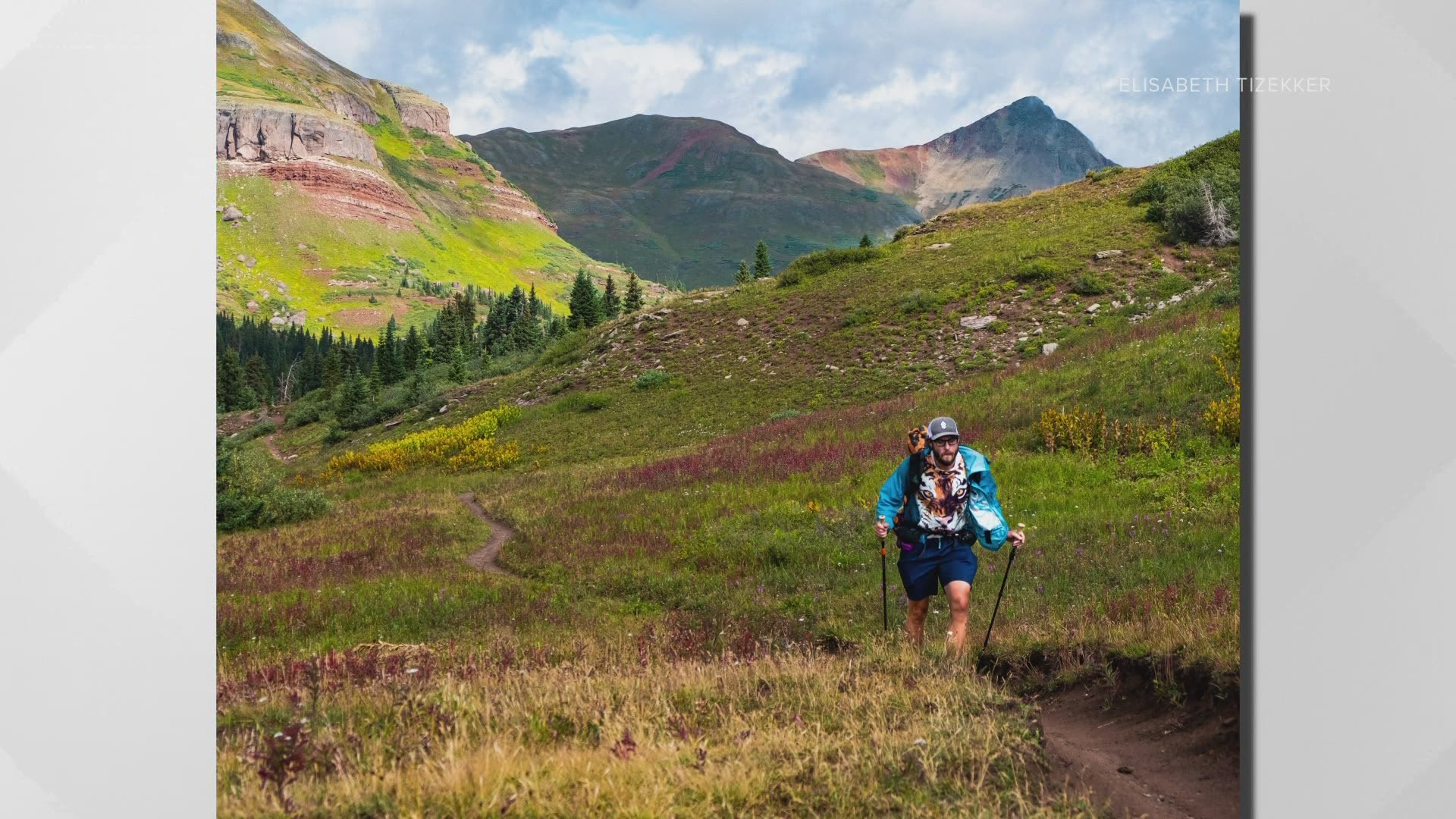 It’s the fastest recorded unsupported run, meaning he didn’t interact with anyone or pick up extra supplies along the way. He had everything he would need for the trek in his pack when he arrived at the trailhead in Durango. When he started, even he didn’t know if he would make it to the end.

"I've never done something unsupported this long just depending on myself and mental and physical and what I can carry, but I just wanted a challenge that was unlike anything I've done, and just going for something where it's nine days with not knowing if you can, if you can carry that much stuff," Garmier said. "I wanted something where it wasn't a slam dunk."

Garmier battled rain, wind, sleet, snow and record-breaking temperature swings along the way. Luckily, all that weather helped clear the smoke from his route. But he said he never thought about postponing the trek to next year.

> Watch video above: Woman hiking Colorado Trail to bring attention to diversity in the outdoors.

"I thought if I ever did the Colorado Trail, it would have to be in a unique way since I've hiked most of those areas," Garmier said. "With COVID this year, it seemed like unsupported was, you know how they're promoting all of us to explore the outdoors, so it was like, well, this is a unique opportunity to do a Colorado trail, it's unsupported and not interacting with any towns along the way."

Even though the trek was both mentally and physically challenging, Garmier said he doesn't regret making the attempt unsupported.

“I think those are the most fun because you're, you know, there's this whole question like, maybe all this effort goes towards a failure, and maybe it doesn't, so that's where it's fun and also scary," he said.