A senior NTSB metallurgist will look at a blade that had a fracture consistent with fatigue, a Friday update noted. 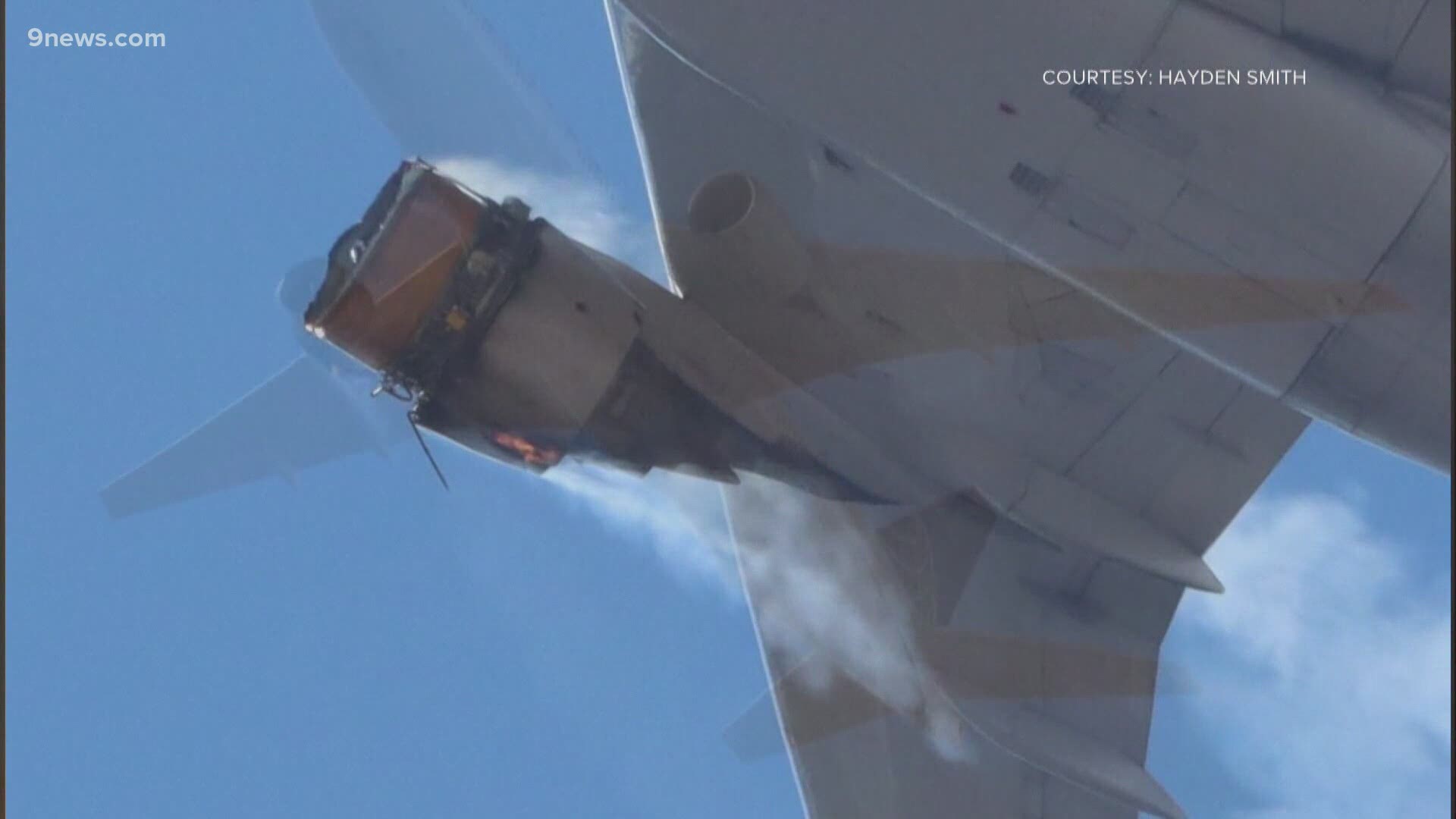 DENVER — Fan blade fractures consistent with fatigue are now being further analyzed as investigators work to piece together what happened to cause a Boeing 777 aircraft flying over Broomfield last month to experience engine failure and drop parts from the sky.

That's according to an investigative update Friday from the National Transportation Safety Board (NTSB), which reiterated what investigators said shortly after the incident, that a fracture on at least one blade was "consistent with fatigue."

"The second fractured blade exhibited indications of overload failure, consistent with secondary damage," the update says. NTSB said the update is "preliminary and subject to change as the investigation continues."

The investigation stems from the Saturday, Feb. 20 incident in which United Airlines Flight 328 — on route from Denver to Hawaii — was forced to make an emergency landing at Denver International Airport (DIA) after the right engine exploded shortly after takeoff. No one aboard the flight was injured.

That caused debris to fall from the sky throughout Broomfield. The largest piece, the engine cowling, landed in a front yard on Elmwood Street near East 13th Avenue. Other pieces of varying sizes landed in yards and streets. One piece punched a hole in the roof of a home. No injuries were reported from the falling debris.

Aviation Expert Greg  Feith said the metallurgist will look at what caused the cracking on the fan blade.

"What they are continuing to work on is to determine what the origin of that fatigue crack was, given that it has been a systemic issue with these blades," he said. Feith said investigators will consider whether previous inspections were sufficient and if the blade design requires more frequent inspections.

NTSB said it also conducted an initial review of maintenance and inspection data for the blade that had the fatigue fracture and found that inspection data from 2016 had last been examined in 2018 because of a  Feb. 13, 2018, incident involving a Boeing 777 with Pratt & Whitney PW4077 engines.

The analysis also revealed it had experienced 2,979 cycles since its last inspection, and the blade underwent thermal acoustic image inspections in 2014 and 2016.

"Efforts to further characterize the fracture surface, including identifying the primary origin and counting striations, are ongoing," the report says.

RELATED: United Flight 328: A look at the debris Broomfield officers have collected so far

Other details noted in the Friday update include:

Feith said a big question remains what caused the engine to continue burning since NTSB's preliminary analysis shows the pilots cut off the fuel.

"We know that the crew performed all of the requisite actions necessary to shut the engine down and turn the actual fuel off," he said. "We don't know what continued to provide the substance. Was it hydraulic fluid, or was it some sort of mechanical part that caught fire and continued to burn? We don't know from this update."