Is this the biggest hail ever in Colorado? State record possible

There were reports of 4.5-inch and even 5-inch hail in Colorado on Sunday, but evidence may be insufficient for a record. 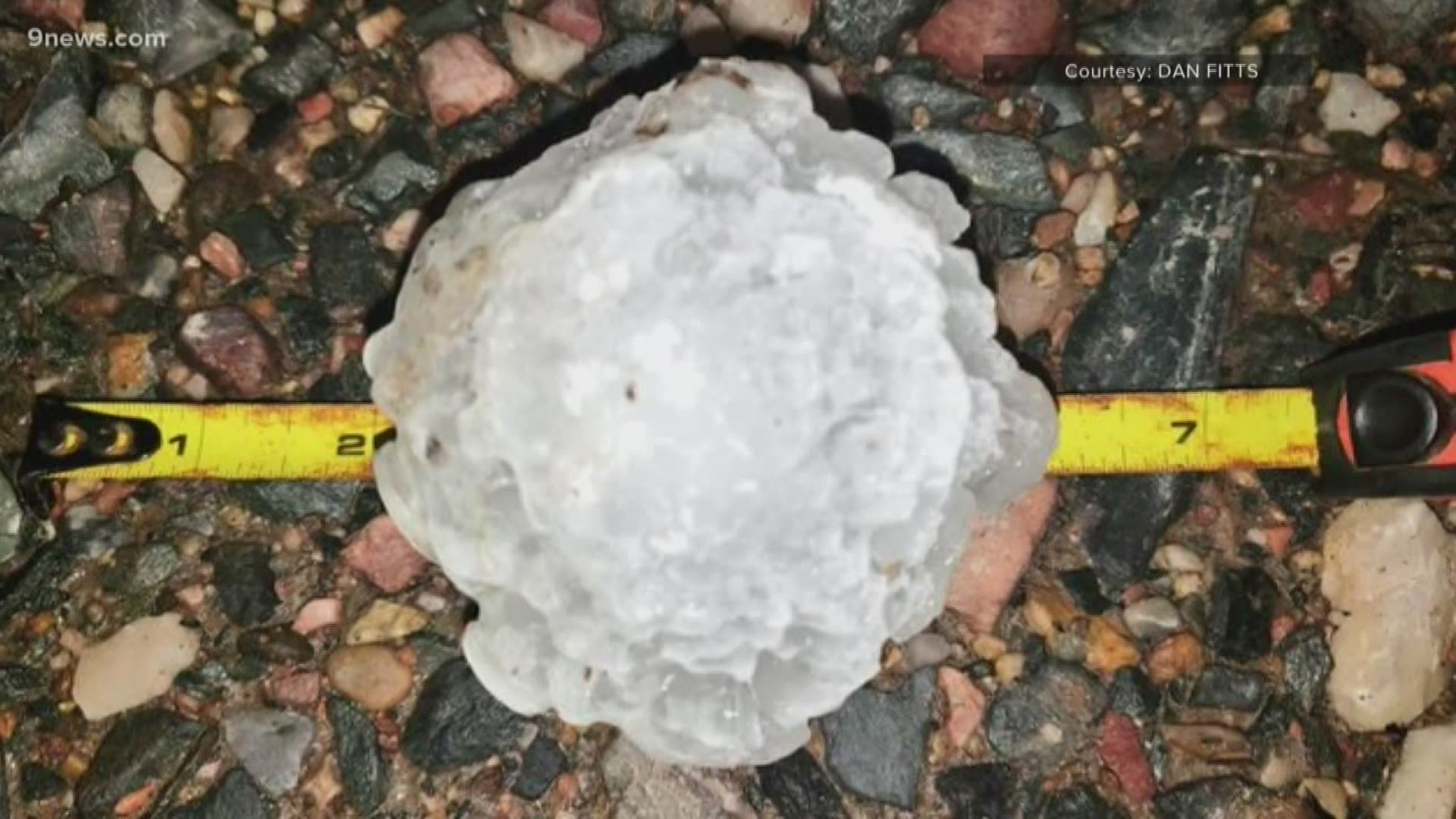 COLORADO, USA — Hail the size of grapefruit fell on the eastern plains Sunday night causing lots of damage to homes, cars and crops, but fortunately, no major injuries were reported.

The largest hailstone that has emerged on social media, is an estimated 4.5 inches. That would tie the state record.

Storm chaser John Sirlin found the stone in Otis but wasn't able to take a measurement. His estimate was 4.5 inches, but he said that he saw stones larger than five inches to the west of Otis.

The Colorado Climate Center said they would consider a well-photographed hailstone with a proper measurement as enough documentation for a record review, but if you think you’ve got a record-breaker on your hands, you can put it in a plastic bag, and store it in the freezer until experts can inspect it for themselves.

That state record of 4.5 inches has been verified 20 times, the last time being July 2011. It’s happened three times in the month of August.

Sunday’s storm was even strong enough to produce this rain-wrapped tornado which was likely up and down from Akron to Yuma.

And near Cheyenne, Wyoming, a landspout tornado crossed the road right in front of a mom and her son on their way home from a back-to-school shopping trip.