Until recently it was believed that the Rabbit Hemorrhagic Disease Virus type 2 could not infect North American cottontails or hares. 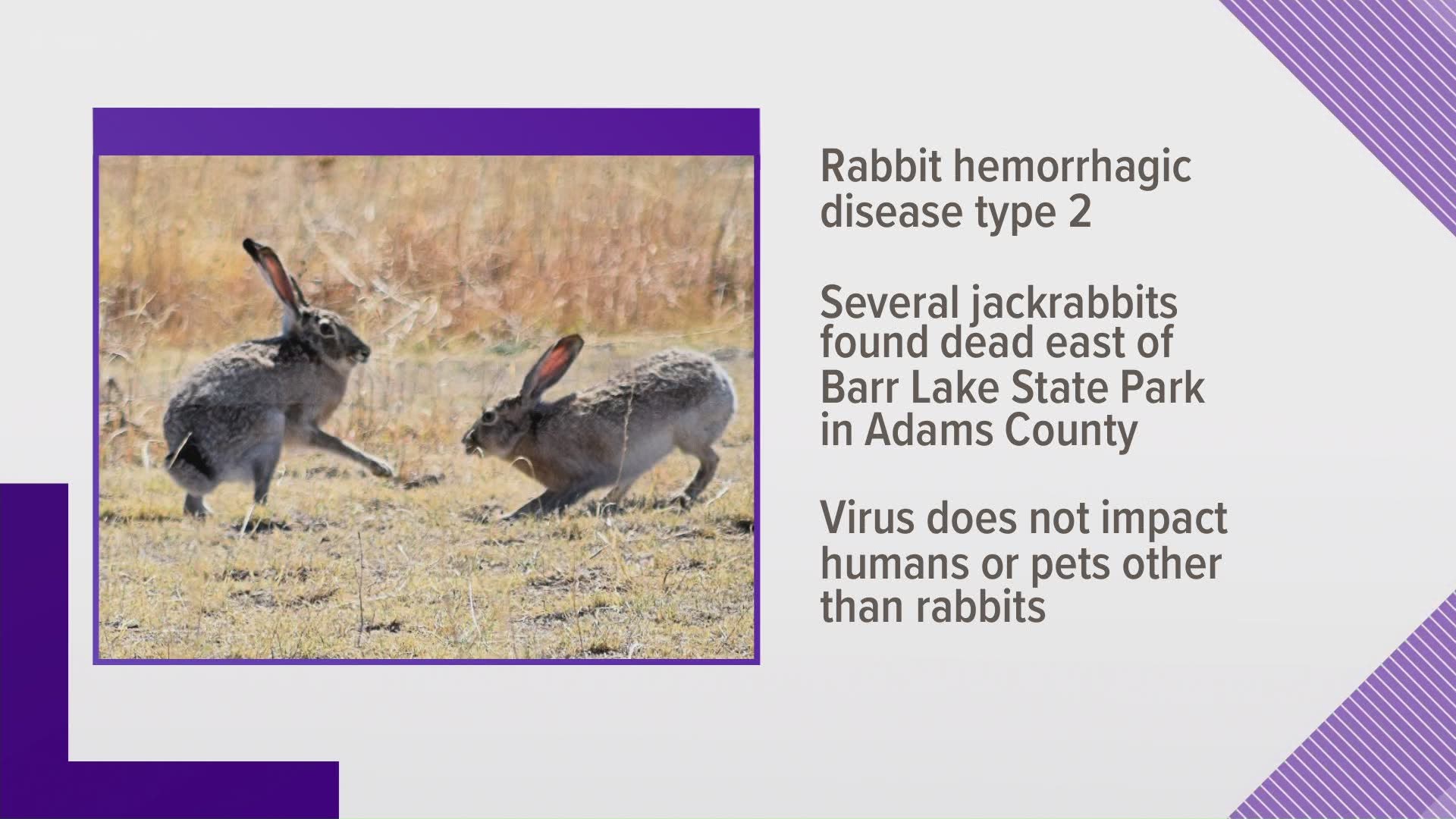 GARFIELD COUNTY, Colo. — A foreign animal virus once thought not to infect North American cottontails or hares has been found in the animals in two Colorado counties recently, according to Colorado Parks and Wildlife (CPW).

RHDV-2 is considered a foreign animal disease and is of high concern at the state and federal levels, CPW said. Wildlife officers said until recently, it was not believed RHDV-2 would infect North American cottontails or hares, but in addition to Colorado, cases have been reported in numerous states in the Southwest region of the U.S.

CPW and the Colorado Department of Agriculture have increased efforts to raise awareness of the occurrence and spread of this disease in Colorado.

CPW has had ongoing surveillance for the disease throughout the state since it was identified in April of last year. Garfield and Saguache are new counties identified as having RHDV-2. The new discoveries mean that 15 Colorado counties have had positive tests for RHDV-2.

The case in Garfield County was discovered just south of the town of Silt. The cottontail was submitted to a CPW wildlife officer by a landowner whose dog had found the carcasses and brought them home over a period of a few weeks.

Other counties where the disease was discovered include:

Both cottontails and jackrabbits have been affected, according to CPW.

Suspected cases are reported to local wildlife officers and submitted to CPW’s Wildlife Health Laboratory for necropsy and testing. Not all suspected cases will be examined and tested, with priority placed on suspect cases in a new species, county, or season.

CPW said the agency is particularly concerned about the possible emergence of the disease in snowshoe hare and pika.

The virus has significant impacts on domestic rabbits as well as wild rabbits and species that prey upon them in Europe, giving some concern for predators like the Canada lynx that relies heavily on snowshoe hare for prey.

RHDV-2 does not affect humans or domestic species other than rabbits. However, multiple dead or sick rabbits can also be a sign of tularemia or plague, diseases that can cause serious illness in people.

Do not handle or consume sick or dead wildlife, and do not allow pets to contact or consume wildlife carcasses.

RELATED: Lethal and contagious disease that only infects rabbits confirmed in Adams County