There was a moose sighting on the Front Range, and it happens more than you'd think

Moose might follow riparian zones down to the Front Range, but they hate the heat and won't stick around for long. 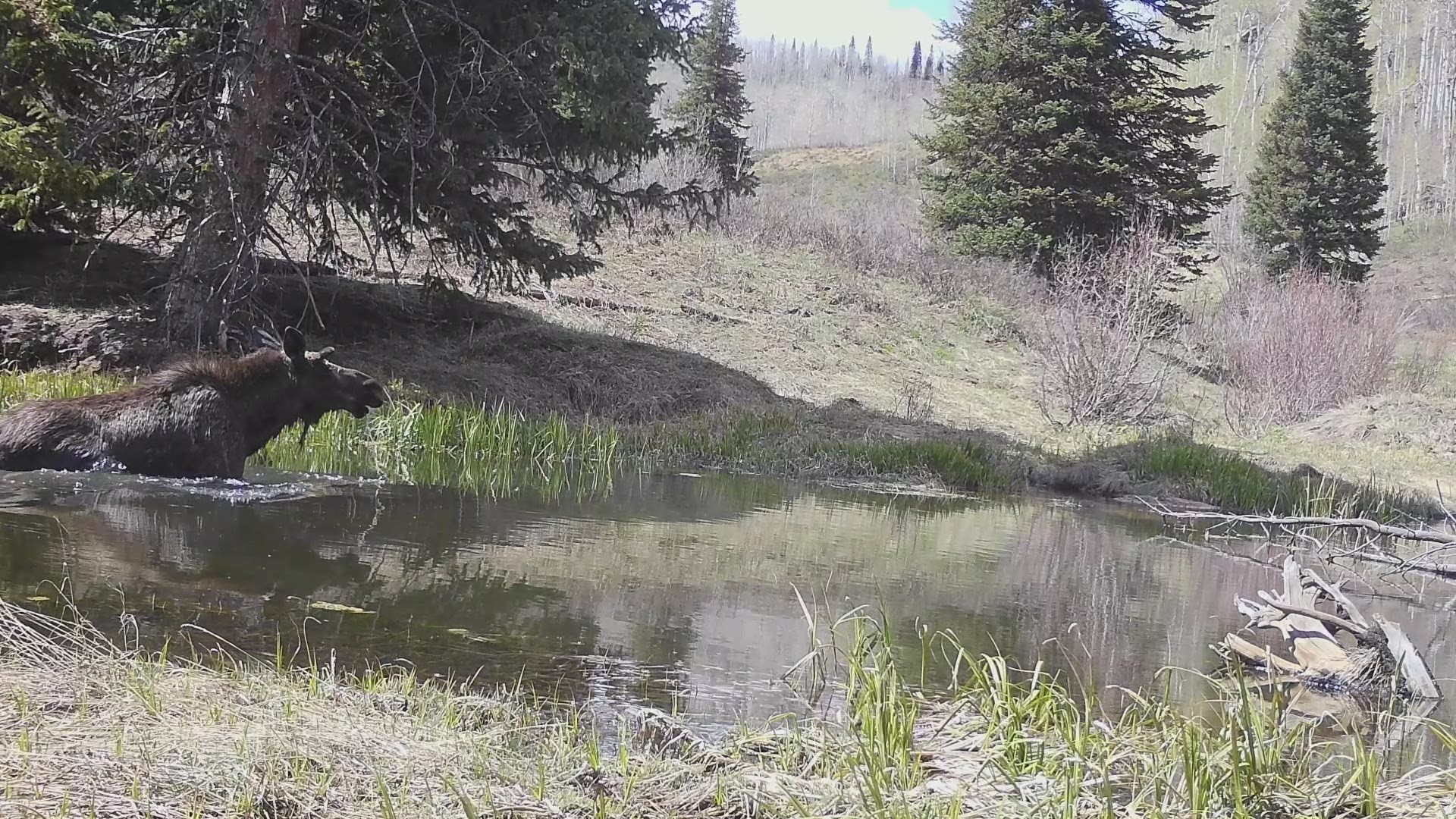 JEFFERSON COUNTY, Colorado — Moose are a relatively common sight in Colorado’s high country, but not on the Front Range.

That’s why we did a double take when viewer Michelle Tiedeman texted 9NEWS a photo of a moose at Chatfield State Park. She said she was paddling near Roxborough Cove on Monday when she saw the unexpected Colorado creature.

It piqued our interest too, so we reached out to Jason Clay, a spokesperson for Colorado Parks and Wildlife. In an email, he wrote that “it is unusual for a moose to be down that low, but not unheard of.”

In fact, Clay said there was another moose sighting at Chatfield about a week and a half ago.

Credit: Michelle Tiedeman
This moose was spotted at Chatfield State Park, and while it's rare for moose to be this low, it's not unheard of.

RELATED: 'Just give the wildlife their space': Aggressive elk spotted in Evergreen

As for how the moose got there, Clay said that the animals will sometimes follow riparian corridors from the higher elevations where they usually live down to the Front Range.

This particular moose likely got to Chatfield from Waterton Canyon, where moose are spotted a little bit more often. The reason why moose prefer the mountains is because they don’t do well in the heat, and who can blame them?

> The video above features a moose living its best life.

Each year, Clay said there are typically one or two reports of moose closer to Denver. He said they’ve been reported in Boulder, Broomfield, Westminster, Golden and Castle Rock.

In this case, Clay said the moose is on the fringe of the city and will likely get tired of the hot weather and head back up Waterton Canyon.

If a moose gets too far into the city, they could become a safety hazard and wildlife officers could move them back up in the mountains.

Here’s a video of that happening in Westminster:

>>> Have you seen something that made you do a double take, or do you have a question we can answer? Share your photos and videos by texting 303-871-1491.