Hanging Lake reservations for the season to open April 1

The iconic lake will open to the public on May 1, nine months after the Grizzly Creek Fire, the U.S. Forest Service announced on Friday. 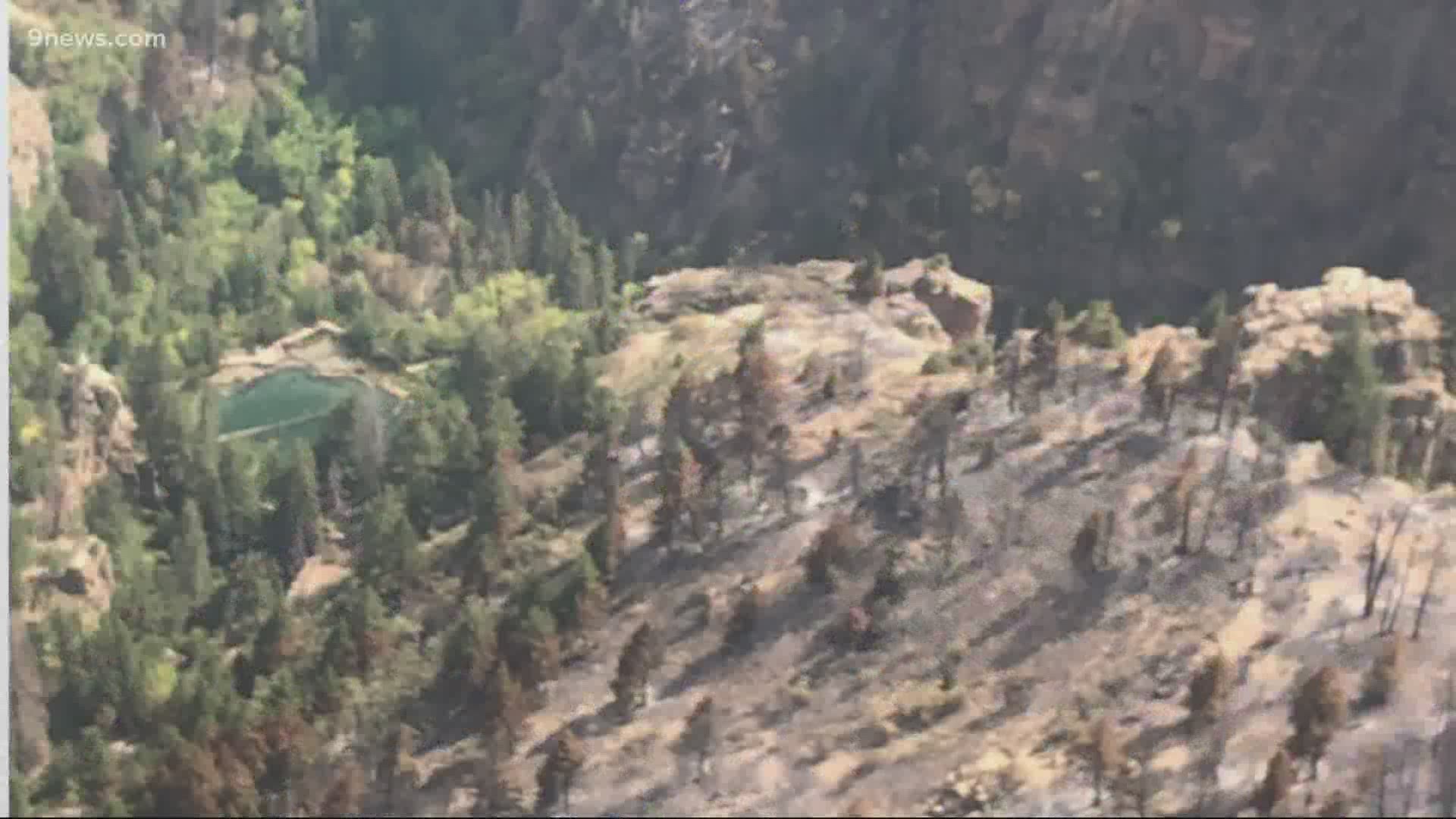 GARFIELD COUNTY, Colo. — Reservations to hike to Hanging Lake will open for the season on April 1, with the iconic Colorado lake reopening to the public on May 1, the U.S. Forest Service announced on Friday.

Hanging Lake closed last summer because of the Grizzly Creek Fire, which started in August and burned nearly 51 square miles. While the lake itself was spared, the areas around it in the White River National Forest were burned.

"While the Grizzly Creek Fire thankfully passed over this nationally recognized National Landmark, there were cleanup and safety measures that were necessary before the trail was able to be reopened to the public," said Leanne Veldhuis, district ranger for the Eagle-Holy Cross Ranger District, in a press release.

David Boyd with the U.S. Forest Service confirmed on Tuesday that the federal agency was working with the City of Glenwood Springs, the Colorado Department of Transportation (CDOT) and other partners toward a reopening date of May 1.

Permits to visit the lake will cost $12 per person. The reservation system for the season will open April 1 at visitglenwood.com/HangingLake.

U.S. Forest Service workers spent the winter assessing the burn area. They were worried that damage from the fire could lead to falling rocks and debris flow along the trail, Boyd said in January.

Boyd also explained concern about debris flows in Glenwood Canyon where the parking lot for the Hanging Lake trailhead was located. The Forest Service was working with CDOT on those safety assessments.

The Glenwood Springs City Council voted unanimously to approve an amendment to the Hanging Lake Shuttle Contract to suspend shuttle service to the trailhead this year and instead allow visitors who have made a reservation to drive or bike to the trailhead parking lot.

According to a city staff report, this would make it easier for visitors to evacuate if a sudden thunderstorm caused mudflow.

H2O Ventures, which runs the shuttle service, will still enforce the limits of people allowed at the popular hiking spot and funding will still be collected for the Forest Service to help protect Hanging Lake into the future.

The city was considering a system in which a contractor would install a gatehouse at the Hanging Lake Rest Area off-ramp to ensure that only visitors who had purchased tickets ahead of time could access the trailhead parking lot. This system would stay in place at least through Nov. 30, when it would be re-evaluated.

RELATED: The Grizzly Creek Fire burned more than 30,000 acres in August. It spared the community of No Name