Plans for the future of Tom's Diner preserve the past

Once thought to be headed for demolition, developers plan to save the building's history in the renovation. 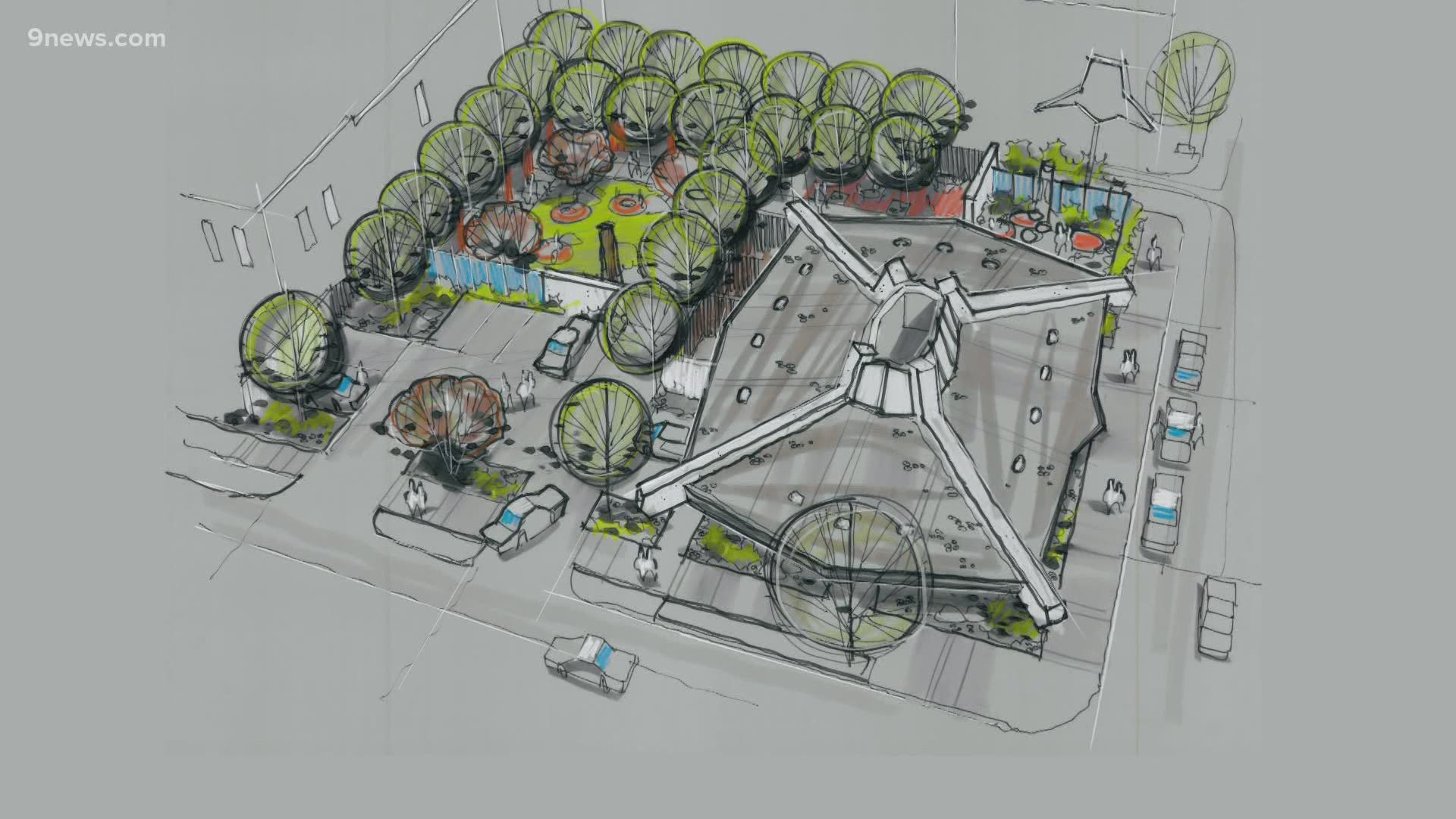 DENVER — Developers have unveiled their plans to revitalize Tom's Diner and one of the key pieces of the renovation is that the original building on East Colfax and Pearl Street stays.

Owner Tom Messina and partner GBX Group recently submitted a zoning permit to the city of Denver to build off the original 1967 design. The renderings show a plan to turn the back parking lot into an outdoor patio, offering open space and private cabanas.

The diner will be rebranded as a blended-use venue with both restaurant and event space. The restaurant will feature American food and a full-bar, according to the partners.

"It's special, getting into the backyard and utilizing all the great square footage out there," said Messina. "Making it a real great outdoor venue in the middle of the city, which I think will be embraced by the neighborhood."

The plan would retain the original 1967 Googie-style architecture. A relief for the advocates who fought to save the building last year.

"The way it worked out it was really a win-win," Messina said. "Having the building stay and being able to move it to the 21st century."

Messina originally wanted to sell the lot after owning it for nearly 30 years. That could have meant demolition, paving the way for apartments to replace the building.

In June 2019, a group of Denver residents who wanted to preserve the building filed an application to designate Tom's Diner as a historic landmark. That would have stopped the building from being torn down. The group withdrew the application in August.

Historic Denver connected Messina with GBX to collaborate and protect the architecture.

"Originally I wanted to cash out and move on," Messina recalled. "Then they came to me with this idea and I thought it was a great idea to revitalize the spot. I got very excited about it. It pulled me back in. I saw what it could be."

The building has since been named on the National Register of Historic Places.

"Tom's Diner, with its history, architecture and legacy in the Denver community, presents an ideal opportunity for redevelopment," said David Swentor, president of Real Estate at GBX, in a news release. "You can't readily manufacture properties with this type of meaning and cultural ties to their surrounding neighborhoods. Opportunities like these are why GBX does what it does. We have a chance to simultaneously protect the history of this beloved hotspot and breathe new life into the area that will potentially spur future developments with long-lasting, positive economic impacts."

Messina said he's thankful GBX came in to support him.

"The reason I bought that building was because I loved it. Coming from New York you appreciate a diner," Messina, who grew up in Long Island, explained. "The floor plan being built as it was, I thought this is great. That's what caught my eye and brought me in."

Messina closed Tom's Diner in March due to the COVID-19 pandemic. He said he hopes the upgraded Tom's Diner will open August 2021 at the latest.

"It's going to be a great opportunity to put something special on that corner that the corner deserves," said Messina.

Messina and GBX Group have worked with the Denver Land Company and Denver-based architectural design and planning firm KEPHART on the design plan since late last year.

The partners said they plan to continue working on preconstruction preparation over the next several weeks and months. They will need to submit a final plan to the city of Denver and the Colorado Historical Foundation.