The exhibit includes the story of a city pool that Latinx families were not allowed to use, even though they helped build it. 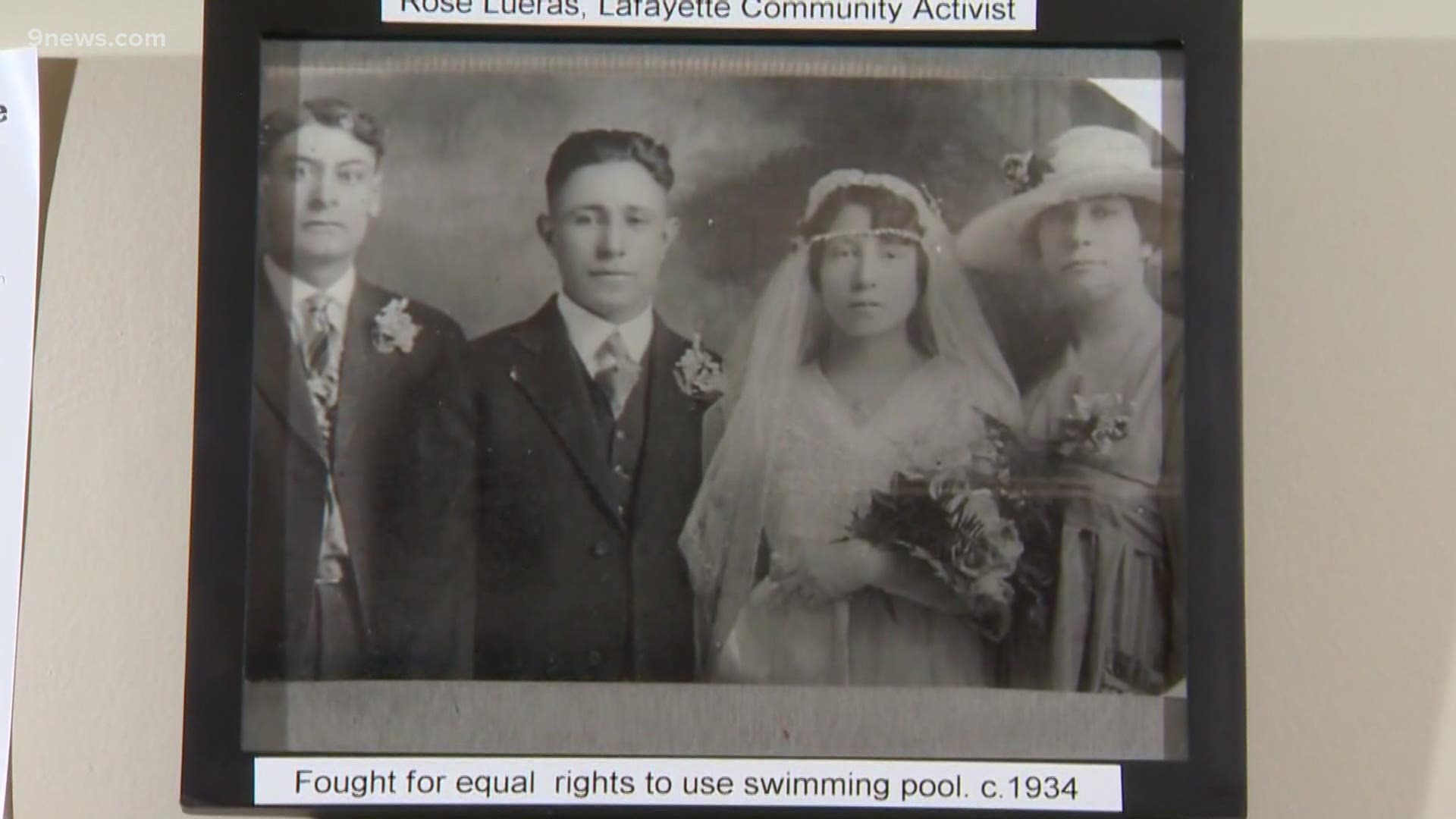 LAFAYETTE, Colo. — A new exhibit in the Collective Community Arts Center in Old Town Lafayette honors a Latinx family and recognizes the history of the city with their community.

Rachel Hanson with the City of Lafayette says the exhibit looks way back.

"We actually start with some background history, looking at what it was like in Colorado in this region," Hanson said.

"When the United States took a portion of land from northern Mexico, the border line crossed the people who lived on that land and they were made to be American citizens," Hanson said.

MORE INFORMATION: Lafayette dedicates city pool to woman who fought for Latinx rights in the 1930s

Hanson said part of the new exhibit shows the story of a city pool that was constructed with the help of Latinx families.

But they look deeper into the story, including the fact that Latinx families weren't allowed to swim in it.

Hanson says this history, especially the pool's history, was never really addressed in town until 2019.

This exhibit is a part of ongoing efforts to make right by all of the families affected.

"History is important, and even if it's sad or scary or shameful, it needs to be looked at and we need to learn from it," Hanson said. "It is an honorable thing to look into that history and make right what was wrong."

The exhibit will be up through October 11.