The officer initially spotted the driver of the vehicle passed out with the car in reverse and his foot on the brake, according to police. 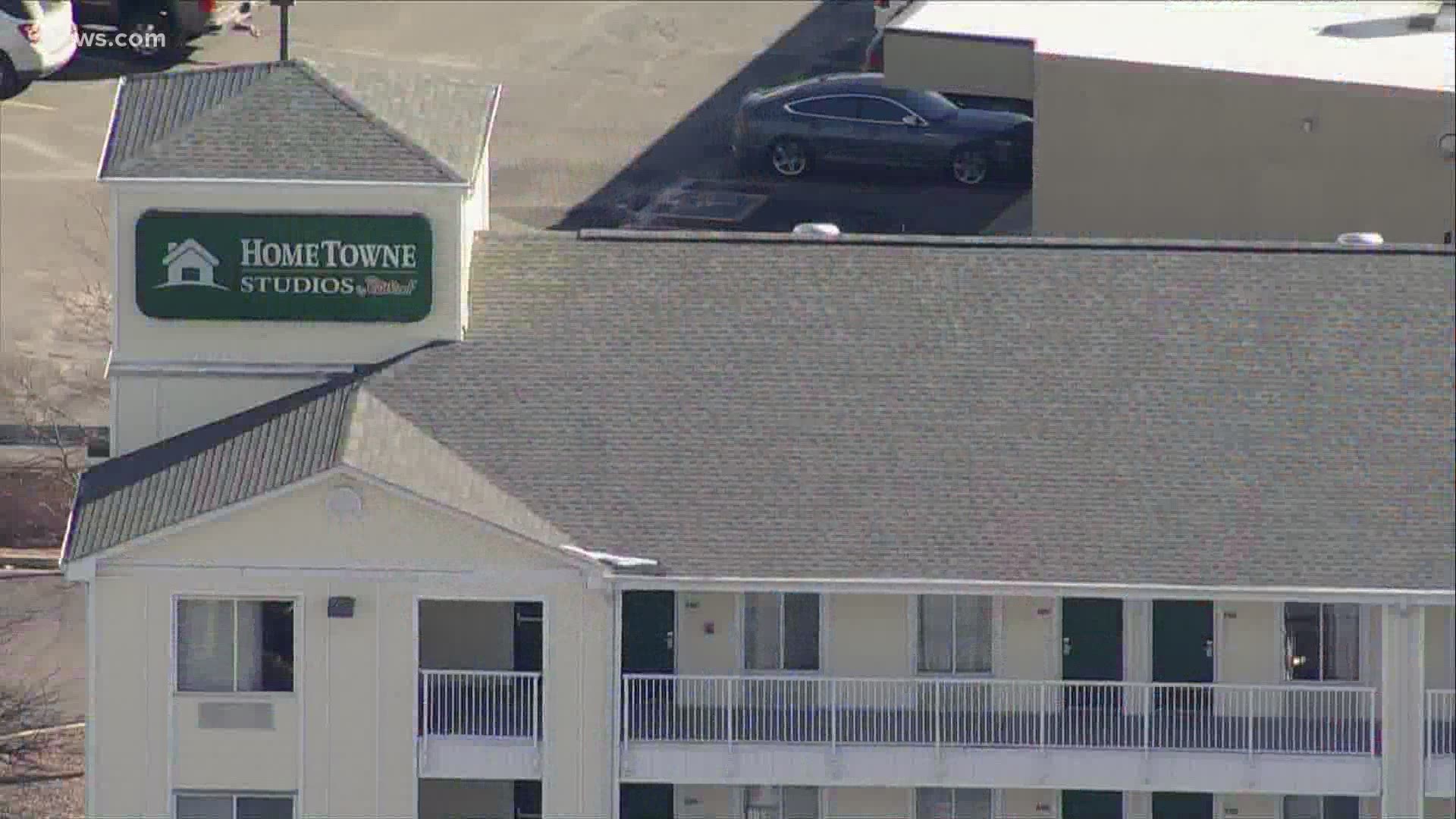 GLENDALE, Colorado — Glendale Police are looking for the driver of a gold minivan with Idaho plates after the vehicle struck and injured an officer in a parking lot early Friday morningl, according to a release from the Glendale Police Department (GPD).

Around 2:15 a.m. the officer saw a gold Chrysler Town and Country minivan backed into a parking space in a hotel parking lot at 4850 Leetsdale Drive with its reverse lights on.

RELATED: Suspect in shooting of Denver toddler arrested at US border

When the officer approached the vehicle, he saw four people inside and noticed the driver slumped over the steering wheel, according to GPD. The driver appeared to be asleep or passed out but the car was in reverse and the driver's foot was on the brake, GPD said.

The officer moved his patrol car in front of the minivan to prevent it from driving off and called for other officers to assist and attempted to wake the driver of the vehicle, according to GPD.

Initially, the driver was unresponsive, but eventually, officers were able to contact the driver and opened the driver's side door. The driver appeared to be heavily intoxicated, according to GPD, and refused to follow instructions to place the vehicle into park.

GPD said after a short time, the driver looked away from the officer, put the vehicle in drive, and then accelerated sharply. He turned southbound out of the parking space and struck two patrol cars car he drove away, according to police.

The officer was struck by the driver’s side rear of the vehicle as it turned and was taken by ambulance to Rose Medical Center for treatment.

The officer had non-life-threatening injuries and has since been released from the hospital.