Under the policy, only those facing class 1, 2 or 3 felony charges will be booked due to the COVID-19 pandemic, a sheriff's office spokesperson said. 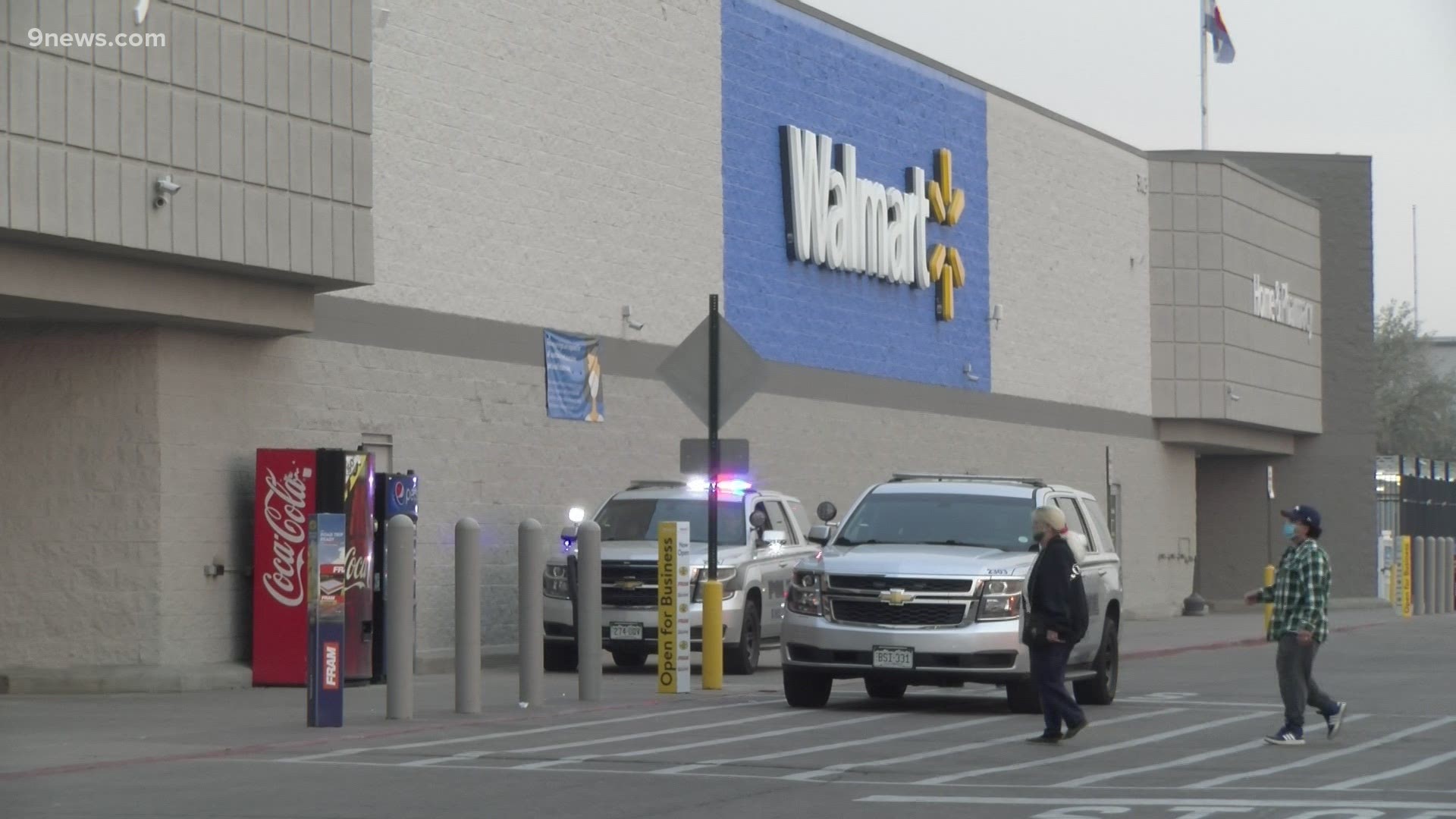 GREELEY, Colo. — Two men who are accused of firing numerous shots at each other in the parking lot of a Walmart store in Greeley are not in custody this afternoon due to a policy at the Weld County Jail, according to the Greeley Police Department (GPD).

Around 7 a.m. Friday, officers with GPD responded to the store at 3103 23rd Ave. for a report of a shooting. They were told that two men had fired multiple rounds at each other.

One person was sitting in his vehicle when an errant bullet struck his windshield, according to police. Several other unattended vehicles were struck by gunfire, GPD said, but no injuries were reported. Officers found over twenty shell casings at the scene.

The suspects have been identified as 24-year-old Jewan Satcher and 23-year-old Sheldon Nails, both of whom are from out of state.

According to the preliminary investigation, the men knew each other through work and the shooting was the result of an earlier physical altercation between the two of them.

Neither is in custody at this time due to new booking policies at the Weld County Jail, GPD said.

RELATED: Suspect in Lakewood Walmart shooting has been arrested 38 times since 1992

GPD said because the suspects are from out-of-state and the violent nature of the incident, they made a special request to have the men booked, but said the request was denied by jail staff and both were released.

A new Weld County Jail policy went to effect on Sept. 1 and under it, they'll only accept suspects facing class 1, 2 or 3 felony charges, according to Weld County Sheriff's Office (WCSO) spokesperson Joe Moylan. The only exception, he said, is for those facing domestic violence-related charges.

The change is mostly due to restrictions related to social distancing guidelines related to the COVID-19 pandemic and a court ruling earlier this year after the jail was sued by the American Civil Liberties Union (ACLU).

The ACLU argued that the jail failed to protect inmates.

They're also now operating at a reduced capacity due to a jail renovation project, which has temporarily closed a wing of the jail. The spokesperson also said prior to the new policy, they had asked other agencies not to bring in lower-level offenders for booking that could be released with a summons. He said not all agencies were cooperating.

The policy is expected to remain in effect for the foreseeable future, as they'll likely have to adhere to social distancing guidelines until there's an end to the pandemic.

Anyone with information about the shooting who has not yet spoken to the police is asked to contact Detective John Kinne at 970-381-8717 or the Greeley Police Department front desk at 970-350-9603.