Police said one man was shot in a parking lot and another man was hit by a stray bullet about a block away. 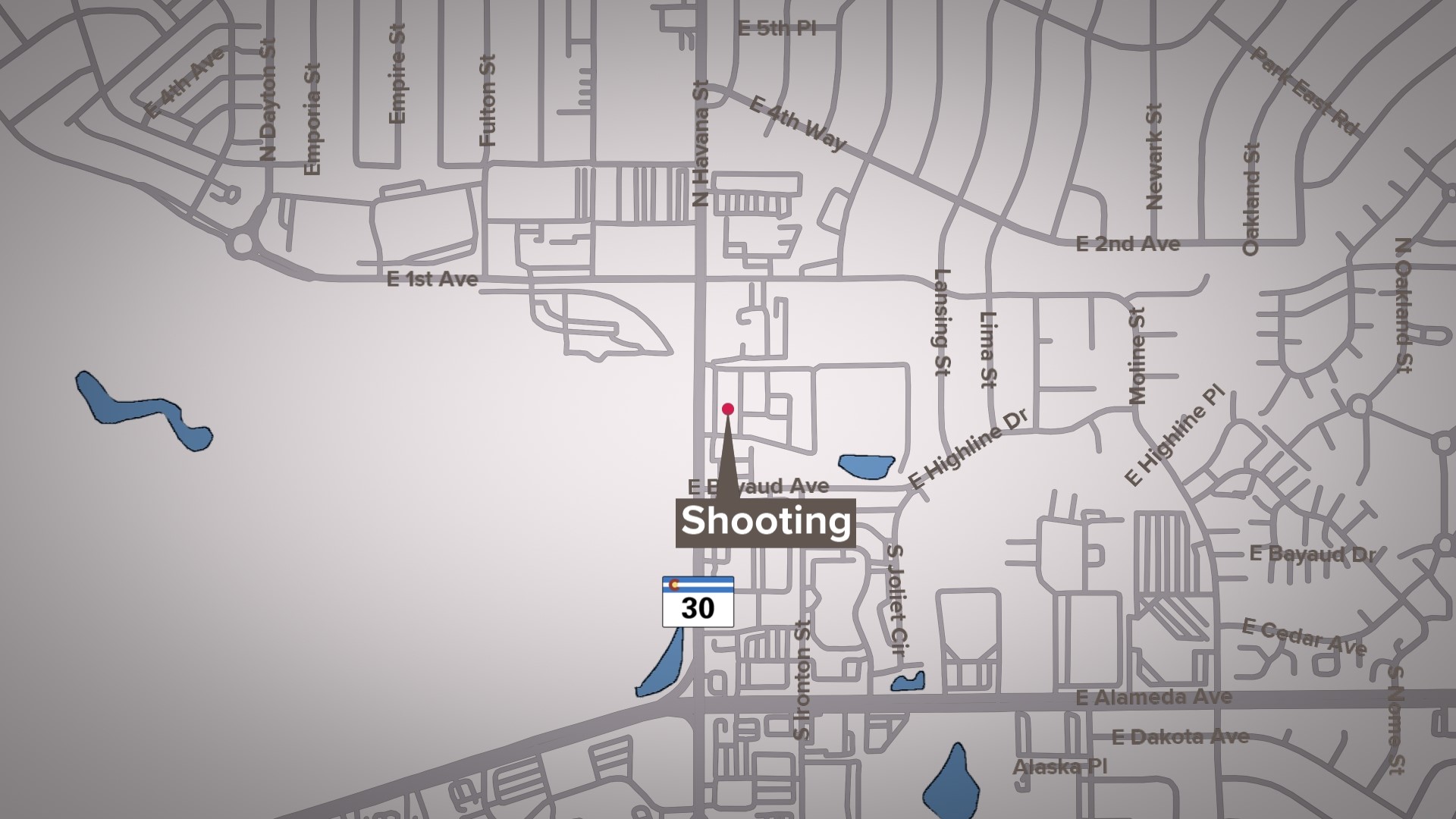 AURORA, Colo. — Two people were injured in a shooting in an Aurora parking lot Saturday night.

The shooting happened at 10 S. Havana St. around 8:30 p.m., according to the Aurora Police Department. That is just north of South Havana Street and East Alameda Avenue.

Aurora Police said a man was shot in the leg in the parking lot and suffered serious injuries.

A second victim was later found about a block away in the 100 block of North Kenton Street. Aurora Police said they believe this man was a bystander who was hit by a stray bullet fired from the South Havana location. That man also suffered serious injuries, according to police.

Police said they do not have any information about a suspect in the shooting at this point.

RELATED: 1 injured in shooting on I-225 in Aurora