The proposal came following the George Floyd protests in Denver, which sparked conversations about law enforcement and race. 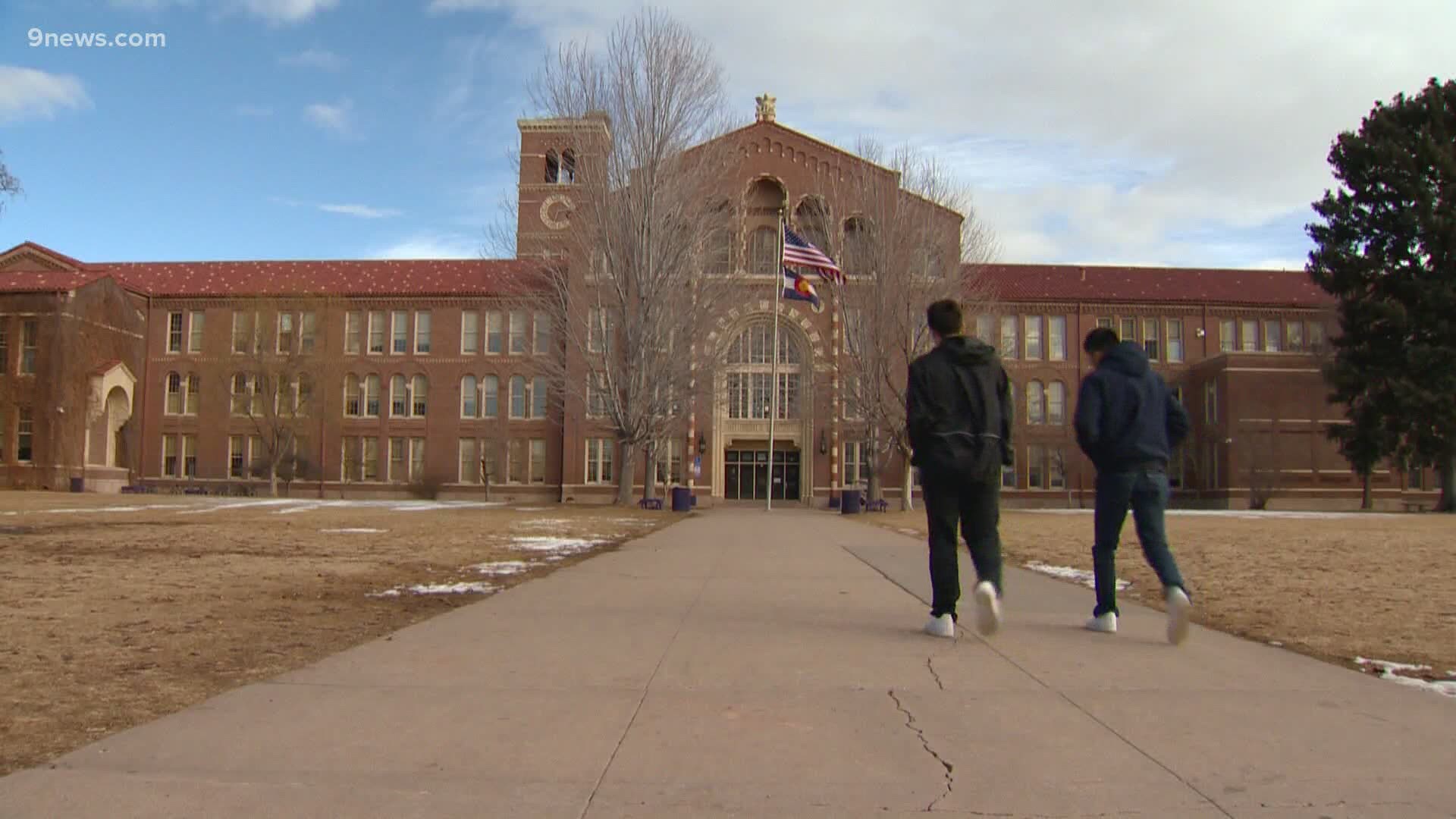 DENVER — The Denver Public Schools (DPS) Board of Education has voted unanimously to end its contract with the Denver Police Department (DPD) that provides school resource officers to the district.

This means that DPD school resource officers will be phased out through June 2021, and the district will rely on its own security team.

Dozens of community members signed up for public comment about the proposal during Thursday's meeting. It was sparked by conversations during the George Floyd protests that lasted for more than a week in downtown Denver.

“George Floyd’s death, and every tragic death of Black people at the hands of law enforcement, have brought to light how we as a district can respond and do more for our students of color," Superintendent Susana Cordova said in a statement released after the vote. "Ever since the issue of removing school resource officers was first raised, I emphasized how critical it is to hear from many different voices in the community. We heard from several stakeholders tonight, with pros and cons on both sides. It's important to think about the full context here: strong safety resources on our campuses; trusting relationships with the adults in our schools; and the urgent and absolute need to end the school-to-prison pipeline.

"I believe the board has voted on this resolution with the best interest of students at heart.There is absolutely nothing more important than all of our students feeling safe, cared for, and protected in our schools. An education does not happen without that. Our students need to trust the adults who are on our campuses with them. I appreciate the board’s forcefulness and tenacity in bringing this issue forward.”

Board member Tay Anderson, who was very involved in the protests, previously said he believed he had the votes for the proposal to pass.

“We want to make sure all students in all of our schools, especially our students of color, feel safe and protected," Anderson said last week.

There are currently 17 school resource officers working as part of DPD’s contract with DPS. Most of them work in larger high schools and some of the district’s middle schools.

Ending the contract will not impact the DPS Department of Safety, which has a staff of 135 people. Their responsibilities, according to the website, are:

"Led by Chief Michael Eaton, the department has over 140 team members including investigators, armed patrol officers, dispatchers, emergency management professionals and campus safety officers. Our responsibilities are far reaching. In addition to training district staff in emergency management, we protect our stakeholders from harm and offer guidance to school administrators to enhance school safety in a wide variety of situations."

DPS pays DPD $721,403 each year for the school resource officers.

According to the resolution, when the contract with DPD is dissolved, these funds would be used for increasing the number of social workers, psychologists, restorative justice practitioners and mental/behavioral health professionals in the district.

Board members heard hours of public comment Thursday night, from both supporters of the resolution and those opposed. Comments came from parents, educators, current and former students, even a current school resource officer and members of the district’s Department of Safety.

“I’ve worked with many SROs who are deeply committed to students, but that’s not the question here. School funding is finite, and Colorado has defunded education for generations. When we employ police in our schools, over mental health counselors, over nurses, and over arts education, we are saying as a district that’s where our values lie. That we value policing students over educating them.” – Jen Jackson, Principal of AUL Denver

“This is the beginning, and now the hard work begins. It is imperative that we make sure we are protecting not only the bodies of our black and brown students, but also their futures. Believing in their future means that my child has access to opportunities for growth that lead him to be the owner of his future. It means he can go to school without the looming threat and fear of the police there to apprehend or cuffing him, like he sees within our community on a day to day basis.” – Tina Carroll, mother of DPS student

“I believe our students need support now more than ever. Speaking from health care perspective, there’s no doubt that racial disparities exist in access to mental health resources, and this is our opportunity to change that with making sure there are mental health specialists and counselors readily available for our students in schools.” – Leah Rashidyan, mother and nurse

"Despite good intentions, police practices [in schools} have been far from ensuring safety. Instead, its practices have been adversarial to students since the collaboration began. This has led to a general distrust from the community, as parents who have been patronized and antagonized by police now watch their children go through same thing. I have had tough conversations with families and family members who do not trust the schools on the sole basis of how they, themselves, were treated." -- Esperansa Cervantes, Family Liason at AUL Denver and former DPS student

“The SROs in our schools, most commonly, are people of color themselves. Fifteen of the 17 SROs are black or Hispanic and they are serving in schools that they, themselves, attended when they were students. SROs are most often a very positive and productive person in developing relationships with our students… I see officers that look like our students, officers that are serving in the communities where they grew up. I see mentors that have led our students to DPD cadet programs. I see officers that have inspired other students to become police officers. I see an officer pulling up to MLK with a Santa hat on and a patrol car full of gifts for our center-based students year after year.” -- Derek Hawkins, Dean of Students at Dr. Martin Luther King Jr. Early College

“There's not one officer I know of in the SRO unit that wakes up in the morning and says I cannot wait to arrest two, three, four people. I don’t know -- not one. One of the first things I try to do when I work with students, is, I try to find a way to get them to understand what they’ve done was illegal, or immoral or wrong whatever, and then try to find a solution outside of a ticket or an arrest.” – Denver Police Officer Francisco Alba, current School Resource Officer

“My husband is a DPS employee. He and our daughters were on campus the day of the Cole Middle School shooting. In a number of minutes, my husband had walked past the victim prior to the shooting. And then he’s in the room right next to where the shooting took place. As you can imagine, that was the worst day anyone could ever want to experience. Myself, and members of public safety, were on scene and en-route to the school – I kept telling myself – officers are there and everything will be okay. Those very officers you want to remove on the front line, were on the front line to ensure everyone’s safety on this day and on many others.” -- Remington McFadden, mother of DPS students and DPS Department of Safety employee

“SROs don’t just dish out discipline and give tickets. They and the Department of Safety are all crisis-intervention trained, which means we are all trained to talk to students first in order to get to the root cause of their issues. SROs also find your kids when they run away, they intervene when someone fights your child, they buy lunch and provide hygiene supplies from students they know come from poverty-stricken homes, they’re not just iron fists on our campus and they shouldn’t be utilized that way.” -- Tayler Williams, DPS Department of Safety Patrol Officer

Here is 9NEWS’ previous coverage of the proposal:

RELATED: A conversation about the Denver Public Schools contract with police