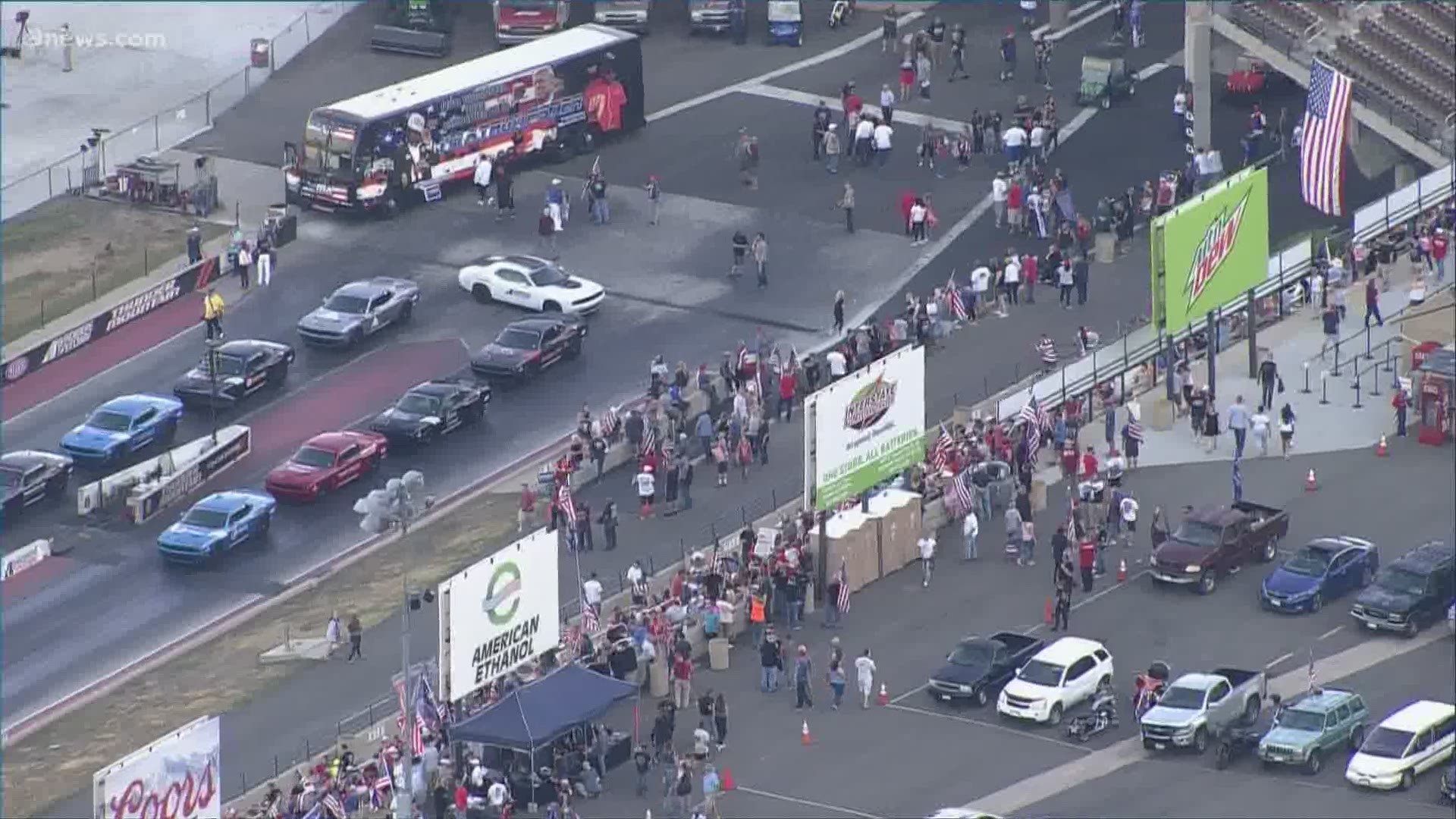 JEFFERSON COUNTY, Colo. — The family that has owned and operated Bandimere Speedway in Morrison for decades has filed a lawsuit in district court requesting that various public health orders put in place at the state and local level since the coronavirus pandemic began in March be struck down as unconstitutional.

They're also asking for an injunction to prevent the measures from being enforced.

Thirty-one health orders put in place are being challenged.

> Click/tap here for a list of the state orders.

Attorneys for the speedway argue that the health orders put into place by the governor and health officials are essentially new laws, and, according to the suit, the Colorado Constitution "explicitly requires that no law shall be passed except by bill in the legislature."

Because the orders do not comply with the requirements of the Constitution, the lawsuit alleges, they're "void" and therefore can't be enforced and "need not be obeyed."

The suit also argues that the health orders violate the plaintiff's "civil rights, liberty interests, and property rights" under both the U.S. and state constitutions and, if allowed to continue, will "needlessly inflict personal injury and other damages."

Concerns also expressed in the suit are that the orders were put into place without any oversight or input from elected representatives.

Attorneys argue in the suit that local and state health officials don't have the authority to enact rules which "criminalize previously lawful conduct" unless they go through a specific process required State Administrative Procedures Act. In this case, the suit says, it was not followed.

The suit argues that even if the legal authority was there to enact the rules, they are still "unconstitutionally overbroad and void for vagueness."

They filed the suit Thursday, the same day Jefferson County Public Health (JCPH) announced that it filed suit against the speedway for a "blatant violation of public health orders” during Tuesday's “Stop the COVID Chaos” rally.

A crowd gathered at the racetrack for the rally in protest of the health orders. An event invitation described it as a chance to "celebrate God and country and the people of the great State of Colorado."

Right-wing activist Michelle Malkin posted a photo after the rally claiming that 5,500 people attended. Per health orders, Bandimere cannot host more than 175 people without plans being pre-approved through JCPH.

Supporters in attendance chose not to wear masks. Even though the event was held outside, Jefferson County still requires masks when proper social distancing cannot be maintained.

“JCPH notified Bandimere Speedway in advance of their ‘Stop the COVID Chaos’ event on Sept. 1 that large events, no matter their intent, remain subject to current Executive Orders and Public Health Orders as they are the law,” the department wrote in a news release.

Along with Malkin, Colorado House Minority Leader Patrick Neville (R-Castle Rock) spoke at the rally to criticize the orders issued by Polis, a Democrat. Neville previously attempted to sue the governor for a statewide mask order, but the Colorado Supreme Court declined to hear the case.

This was the second large event hosted by the speedway since the implementation of health rules in mid-March. Thousands of people attended a Fourth of July celebration, as well which also resulted in legal action.

During a hearing in July, the Bandimere family attorney argued that the health orders were "illegal and unenforceable." At that time, the judge said that was an issue for a different court and was not something she could rule on.

"Let me say this straight to Bandimere, you have to follow the law until you challenge them and they’re overturned," said Judge Tamara Russell.