The governor also emphasized the need for people to wear masks while in public, but stopped short of saying he would make it a statewide requirement. 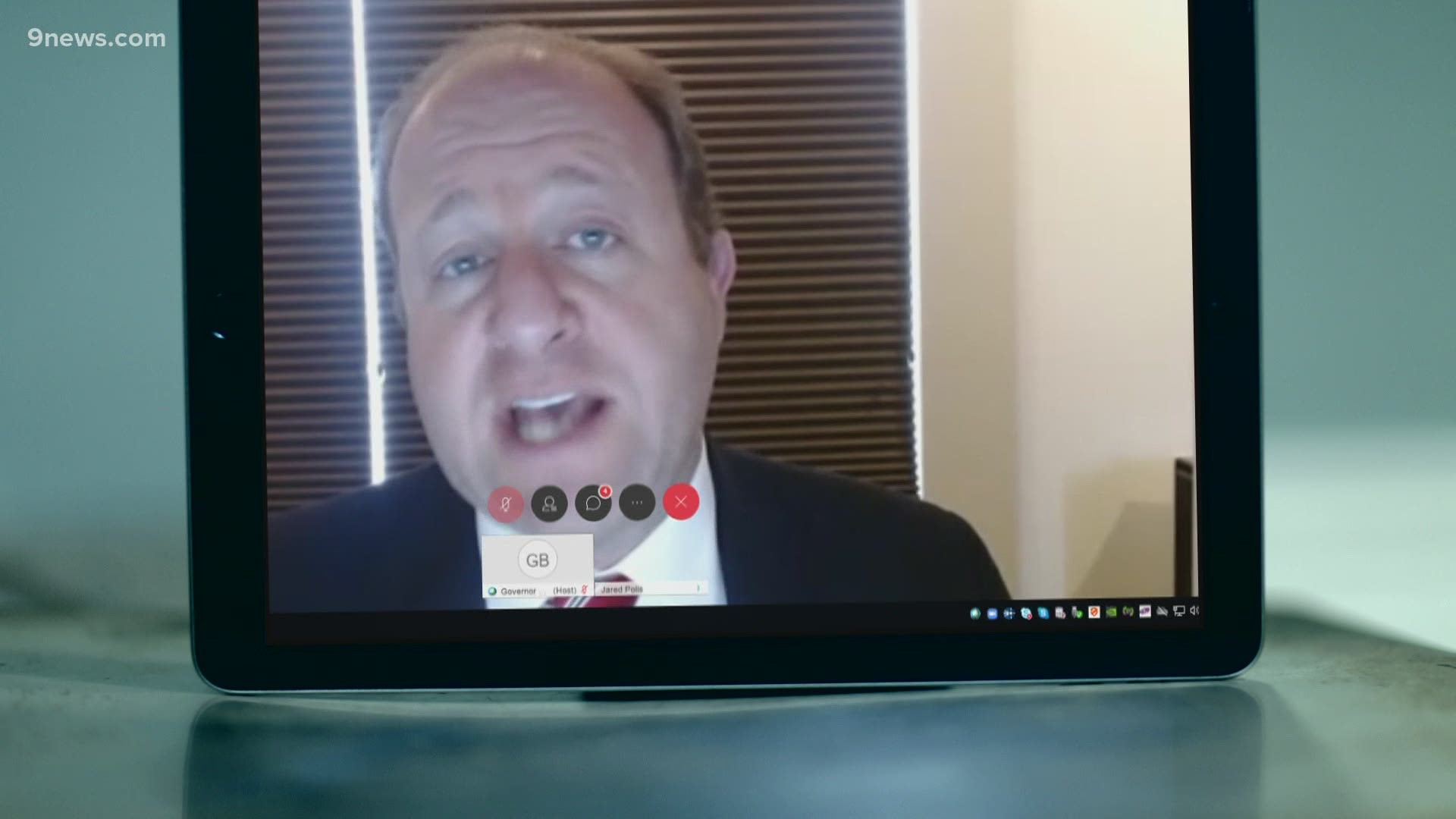 DENVER — During a brief remote question-and-answer session with reporters Friday, Gov. Jared Polis (D-Colorado) said Colorado will use “absolutely every mechanism we have" to prevent Weld County from ignoring statewide public health orders – and that it “cannot” continue with its plan to reopen restaurants.

“They do not have any kind of unilateral ability to jeopardize the health of residents,” Polis said.

This comes one day after Weld County’s commissioners released what they’ve dubbed the “safer-at-work” plan, which is in contrast to Polis’ “safer-at home” model that the state intends to adopt following the expiration of the stay-at-home order on Monday.

WATCH A RECAP OF THE NEWS CONFERENCE BELOW:

RELATED: Denver extends stay-at-home order until at least May 8

"As governor I’ll take whatever steps are necessary to protect the health ... the residents of Weld County," Polis said.

He called the county a "hot spot."

Indeed, a 9Wants to Know analysis of data provided by the Colorado Department of Public Health and Environment showed that Weld County's 82 deaths leaves it with highest number of deaths per capita of any large county. Weld's rate of 2.6 deaths per 10,000 residents is five times that of neighboring Larimer County, which has 18 reported COVID-19 deaths so far -- a rate of .5 per 10,000 residents.

While Polis’ plan calls for restaurants to remain closed for in-person service and a gradual reopening of non-essential businesses with limited social interaction, Weld County Commissioner Mike Freeman said all businesses there will be given guidance to reopen.

This will not be business as usual, Freeman told 1310 KFKA Radio. The county’s guidelines include limiting groups to 10 people, keeping six feet between individuals and a recommendation for physical barriers. 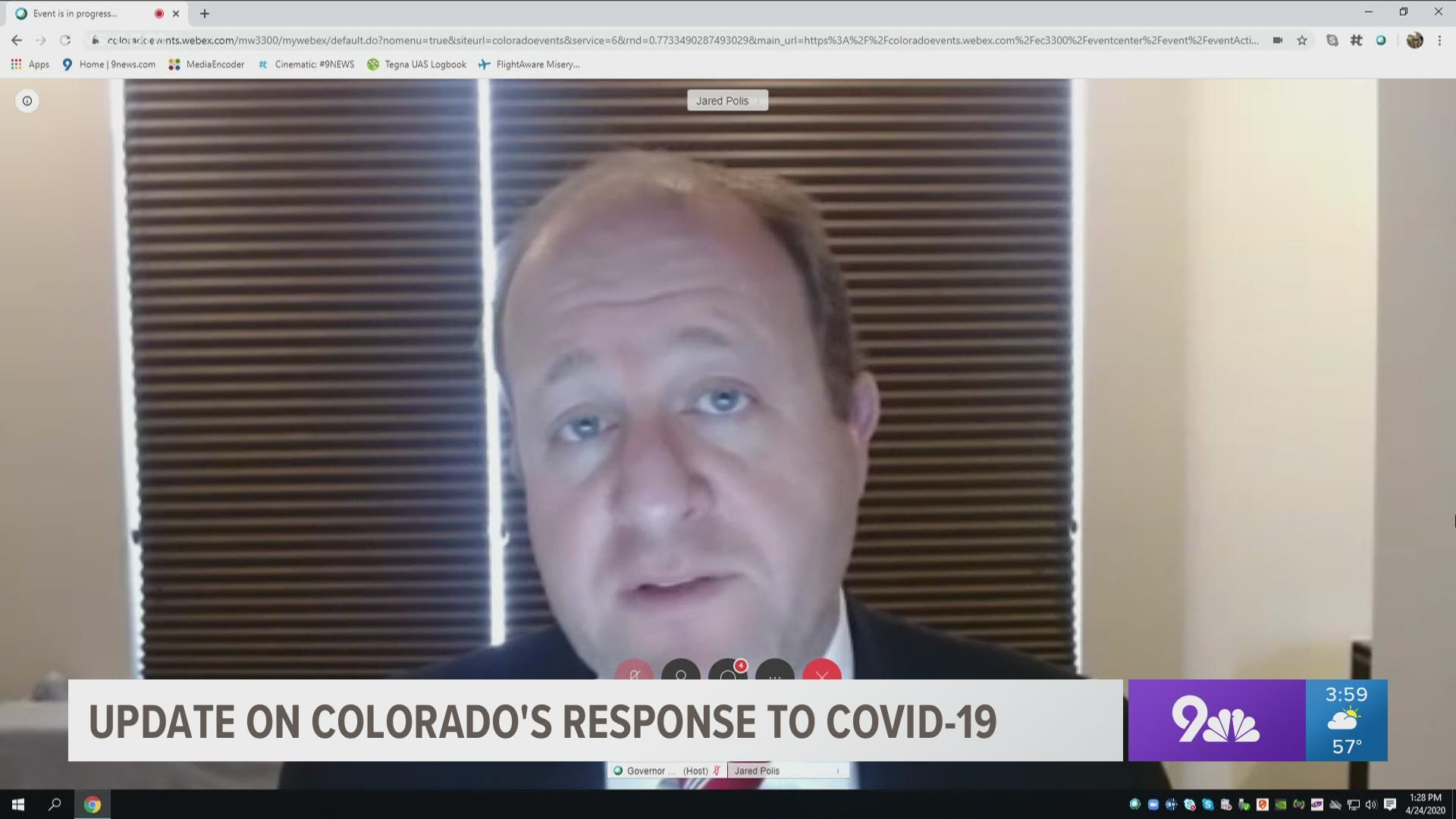 And even as Polis was speaking, fellow commissioner Barbara Kirkmeyer told 9Wants to Know that Weld County's leaders feel

She called on people to follow social distancing guidelines and blamed Polis for the situation. The county's guidelines are available here.

"I think the governor keeps confusing people and he keeps trying to say that this is a local government issue now," Kirkmeyer said. "No. No, no, no. He started this and he should have had a plan on how to finish it."

RELATED: What can Coloradans expect when they go back to work?

Polis said the state could potentially withhold funding from Weld County and strip business licenses from places there that violate statewide orders.

His remarks come the same day that Denver County and other nearby municipalities announced they will extend their regional stay-at-home orders until May 8.

Polis praised those counties. He also said he is willing to grant exemptions from statewide orders for wider reopenings in other counties.

Polis has done so already for Eagle County, and said he expects to grant an exemption to Mesa County as well. He said Weld County has made no such request.

The governor emphasized once again that the COVID-19 pandemic is something the state will likely be in for the long haul.

“We need to get through this summer with case levels that don’t exceed our hospital capacity,” Polis said.

He once again reemphasized the importance of wearing masks to slow the spread of the virus, but stopped short of saying he would issue a statewide requirement to do so.

The governor began the media call with the latest statewide numbers, reiterating that that an apparent surge in cases and deaths was due to a delay in reporting rather than an actual spike in COVID-19.

As of this writing, there have been 12,252 cases of people infected with the novel coronavirus in Colorado, and 669 deaths.

Polis said he'll have a longer news conference on Monday to outline the guidance for life during the "safer at home" period in Colorado.