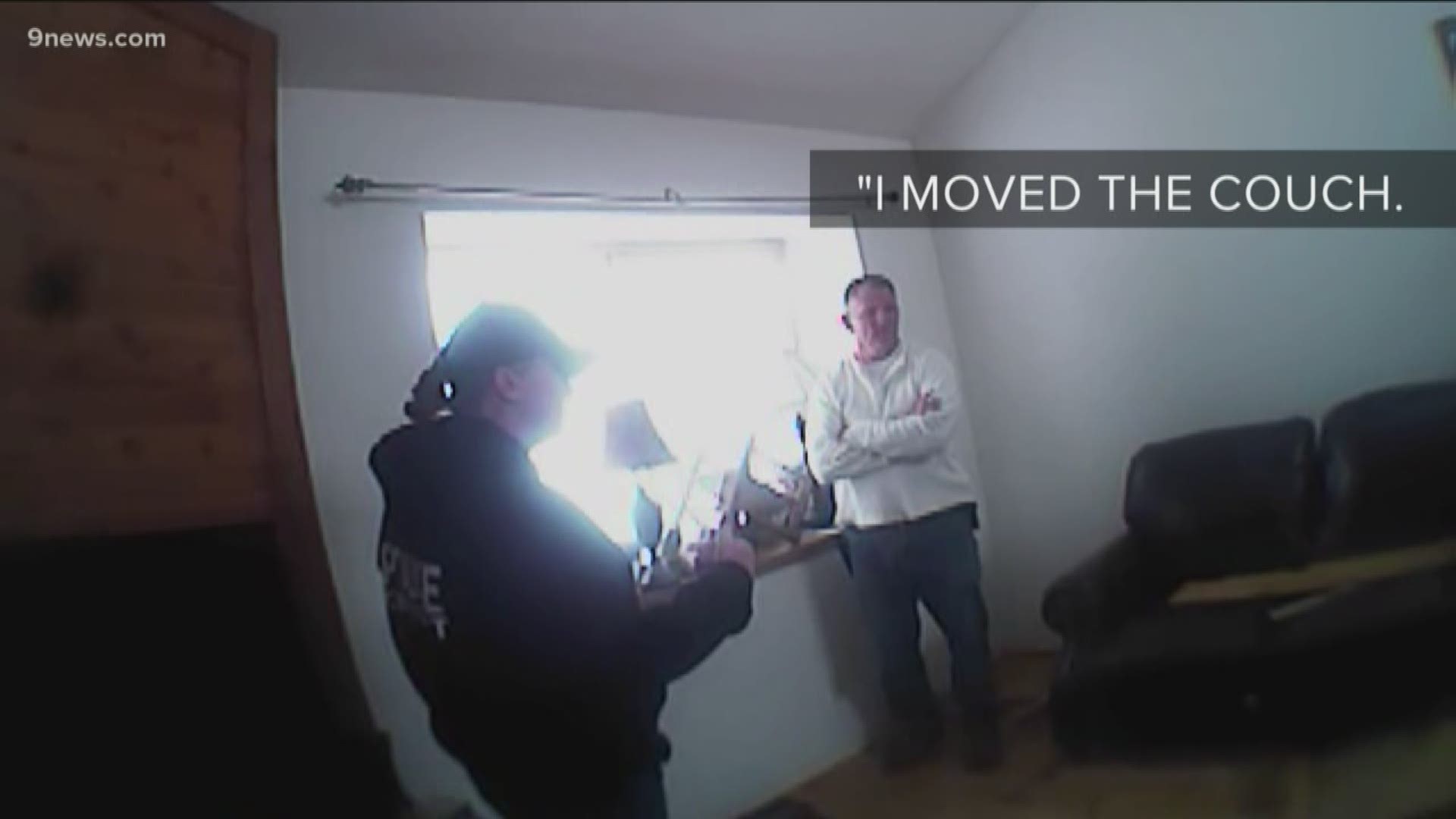 The public can now watch the videos and see the photos that persuaded a Teller County jury to find Kelsey Berreth’s one-time fiance guilty of her murder. 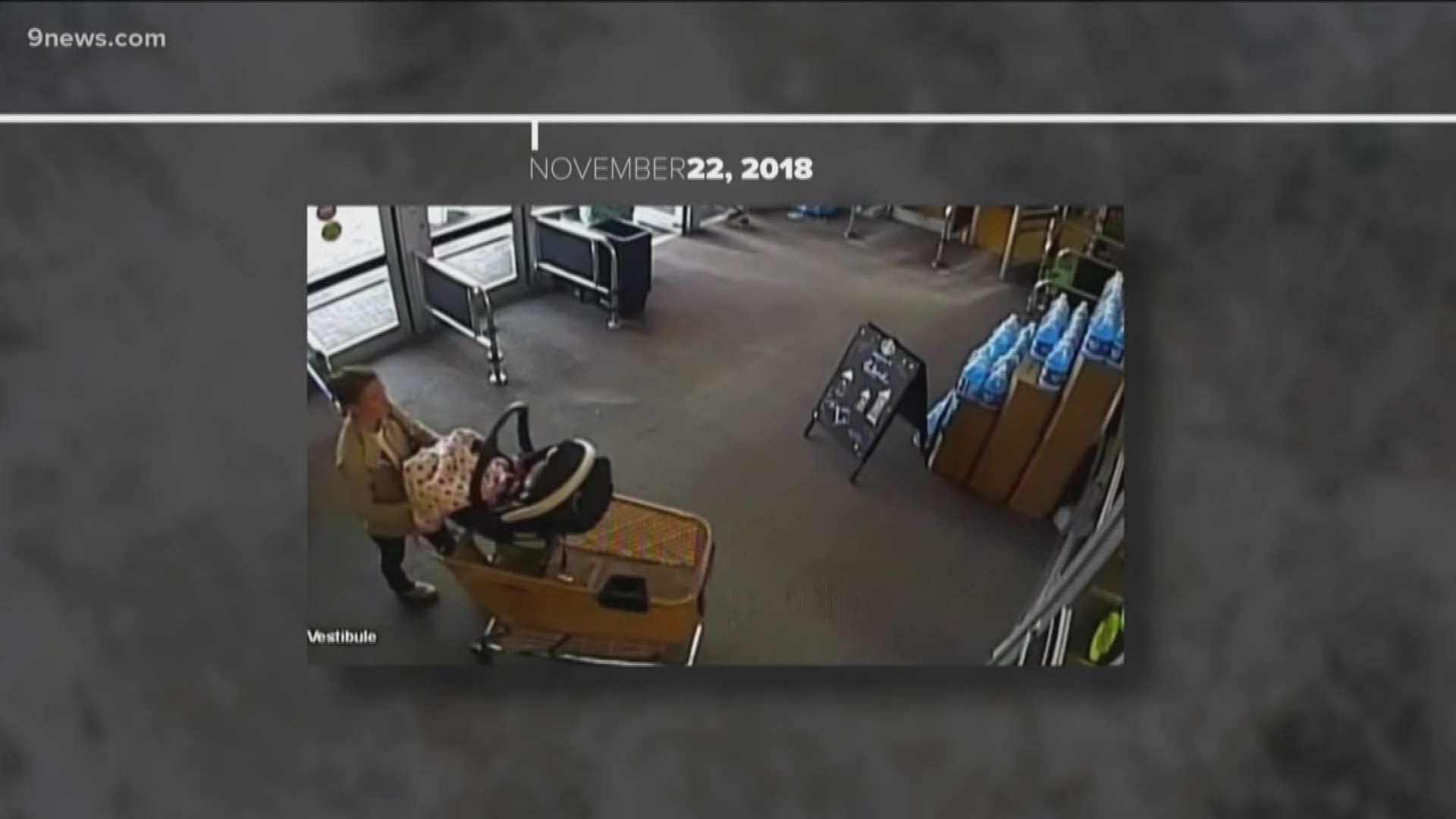 Much of the evidence against Frazee hinged on the testimony of his mistress, Krystal Lee. The former nurse claimed that she drove from Idaho to Colorado to help clean up a horrific crime scene inside of Berreth’s Woodland Park townhome after Frazee told her he beat the 29-year-old mother of his child to death with a baseball bat.

Lee, who initially lied to investigators about her involvement in the case, pleaded guilty to tampering with evidence for burning Berreth’s cellphone. She has yet to be sentenced, and spent two days on the witness stand testifying against Frazee as part of the deal she struck with prosecutors.

RELATED: The Kelsey Berreth murder trial is over. What will happen to Krystal Lee?

One of the videos released on Friday shows Lee, who is dressed in a Colorado Bureau of Investigation uniform, showing law enforcement where she cleaned up blood inside of Berreth’s condo and describing the crime scene in great detail. That happened on Dec. 21, 2018 -- the same day that Frazee was ultimately arrested.

This was nearly a month after Berreth died on Nov. 22, 2018, and one day after Lee signed the plea agreement that helped investigators crack the case -- something District Attorney Dan May characterized as a “deal with the devil.”

Lee also took investigators to the ranch in Florissant that Frazee lived in with his mom. Here, Lee is seen showing police where she claims Frazee burned a black tote containing Berreth’s body in a metal trough.

A photo shown to the jury shows melted black plastic that had been covered with a coat of gravel in the area Lee first pointed out to police.

The CBI found what’s believed to be a human tooth near the burn area, but it has not been linked to Berreth. Her body has never been found.

Credit: Courtesy Fourth Judicial District Attorney's Office
Members of the Colorado Bureau of Investigation and FBI search a burn scar found on Patrick Frazee's property. A human tooth was found among the rubble, but there was not enough DNA to determine if it belonged to Kelsey Berreth.

Before Frazee burned the tote containing Berreth’s body, Lee said he stored it at a ranch he leased for running cattle in Fremont County.

During Frazee’s trial, the jury saw photos of discolored hay on a stack where Lee claims the tote had been placed.

Credit: Courtesy Fourth Judicial District Attorney's Office
Black discoloration on hay at the barn where Krystal Lee said Patrick Frazee stored Kelsey Berreth's body. Investigators said it is the same size as the black tote that they believe he used to store her remains.

A cadaver dog also signaled to law enforcement that there was a scent of a human body in the same area.

Berreth was last seen alive on Nov. 22, 2018 shortly after noon outside of her condo via a neighbor's surveillance camera. Before that, she was seen shopping for Thanksgiving dinner inside of the Woodland Park Safeway.

Frazee was seen entering and exiting her apartment hours later -- something that was in direct contrast to the timeline he had presented to police, that he last saw Berreth in the alleyway outside her townhome earlier in the morning when they exchanged their daughter.

Click through the gallery below for the sequence of the photos.

During the trial, the jury that ultimately convicted Frazee asked to see this specific photo. The prosecution claimed it potentially showed a baseball bat in his hand, but the defense contended it was just a sweatshirt.

Credit: Courtesy Fourth Judicial District Attorney's Office
The jury asked to see this photo during the deliberations that ultimately led to the conviction of Patrick Frazee.

Frazee was also photographed at the ATM at the ENT Credit Union -- a photo that he asked the bank manager for while he was establishing an alibi days before he was arrested.

Lee claims that Frazee had asked her to kill Berreth on three occasions during fall 2018, but she didn't go through with it.

She said she came to Colorado to clean up the crime scene on Nov. 24, 2018. Surveillance video from the Florissant Conoco corroborates a timeline Lee presented to investigators where she says she saw Frazee fill up a gas can and that the two left their respective vehicles there while they retrieved and burned Berreth's body.

After cleaning up the crime scene, Lee said she went to Sonic to pick up a drink for herself and lunch for Frazee. The jury saw photos that corroborated this from the Woodland Park Sonic's surveillance cameras.

Additional pieces of evidence released on Friday include photos that show cleaning marks on Berreth's couch, bloody floorboards that were torn from her condo, and images of a black tote at Frazee's property that is similar to the one Lee claims was used for the commission of the crime.

Click through the gallery below to see all of the photos.