West Metro Fire Rescue said the cause of the fire on Youngfield Street was under investigation. 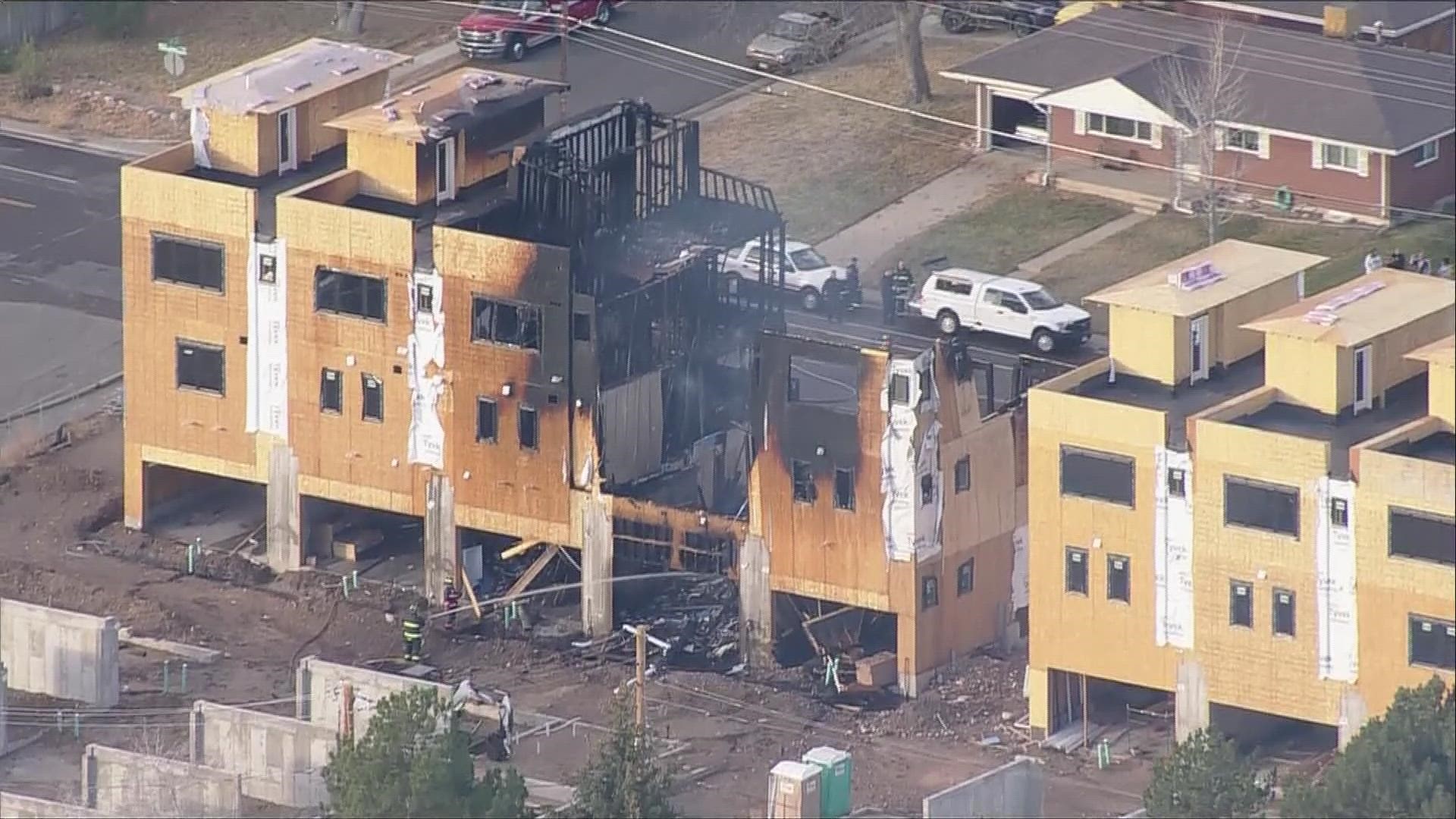 LAKEWOOD, Colo. — A fire early Monday caused at least $2 million in damage to an apartment complex that was under construction, according to West Metro Fire Rescue (WMFR).

WMFR responded at 3:25 a.m. to the fire at West 21st Avenue Avenue and Youngfield Street, according to a WMFR spokesperson.

Photos from WMFR showed part of the building was engulfed in flames. At 4:13 a.m., the majority of the fire was extinguished. Crews worked through the morning to access hotspots.

At least three units in the apartment complex were destroyed and another building was damaged. The fire was so hot that it melted shutters on a house across the street, WMFR said.

No one was injured in the fire, and the cause was under investigation, WMFR said.

Heavy equipment was on scene Monday afternoon to remove debris so that investigators could get in for a closer look, WMFR said.

Youngfield Street was expected to remain closed between 21st and West 23rd Avenue until debris removal was complete, the WMFR spokesperson said.

Crews still working on hotspots at apartment construction site near 20th & Youngfield. Fire gutted at least 3 units in one building. Damage to second building. Cause under investigation. pic.twitter.com/ibkhFYKiPR

UPDATE: damage estimate for fire at 21st Avenue & Youngfield- at least $2 million. Heavy equipment still on site- removing debris so investigators can get in for a close look. Youngfield- between 21st and 23rd Avenue- will be closed until debris removal is complete. pic.twitter.com/uQSbERCP32