Johnny Hurley, the good Samaritan who was shot by an Arvada police officer in June, died of a single gunshot wound, an autopsy report concluded. 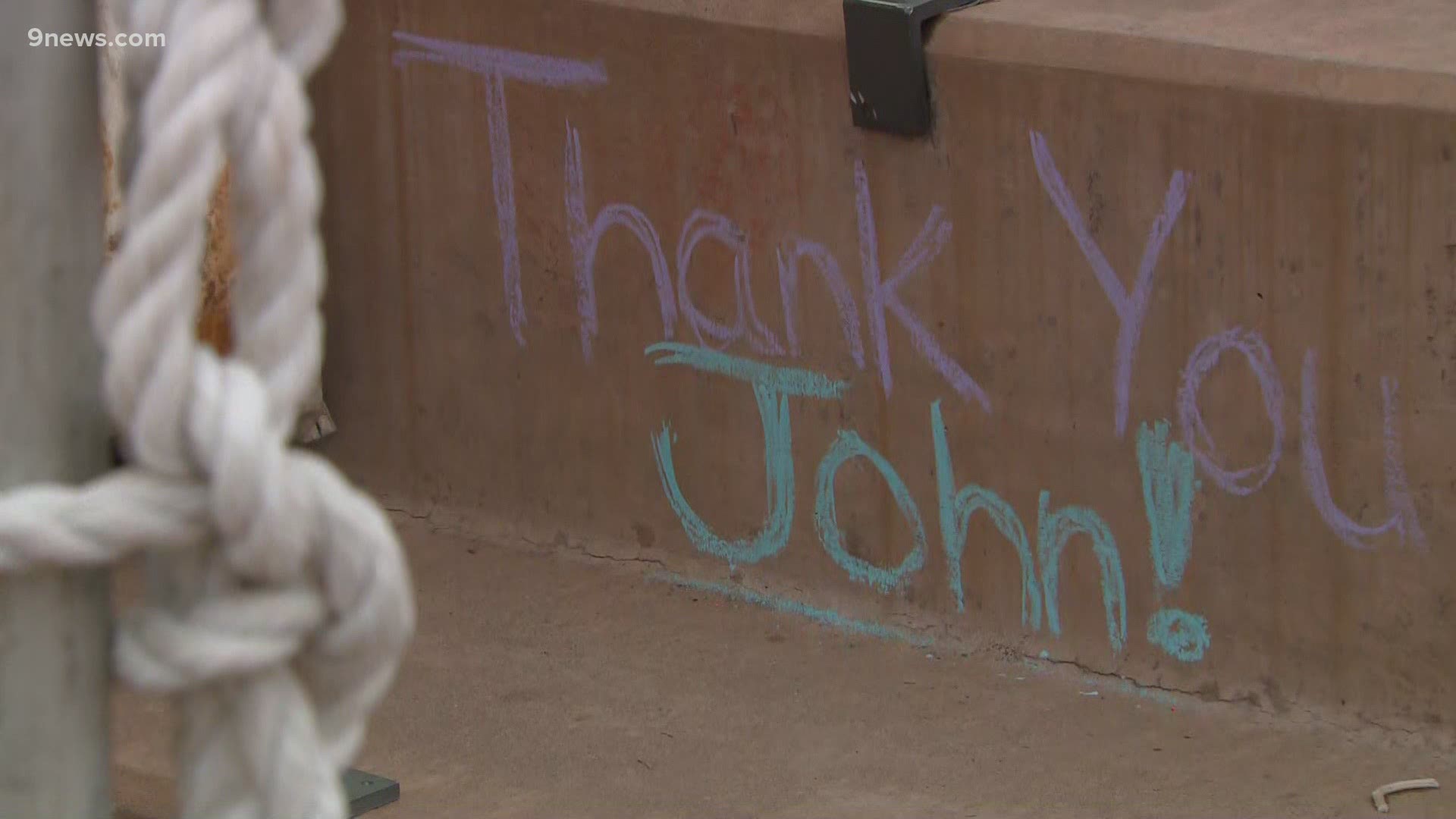 ARVADA, Colo. — Johnny Hurley, the good Samaritan who was shot by an Arvada police officer during an incident in Olde Town Arvada in June, died of a single gunshot wound, an autopsy report released Monday concluded.

> The video above is from a few days after the shooting, when friends and family held a vigil honoring Hurley.

The June 21 incident began when Officer Gordon Beesley was called to investigate a suspicious person on Olde Town Square. As Beesley walked through an alley, the suspect got out of his truck with a shotgun, ran after Beesley, and shot him twice, according to Arvada police.

The suspect then ran back to his truck, retrieved an AR-15, and ran back toward Olde Town Square, where Hurley confronted him and shot him with a handgun, according to police. Hurley then removed the suspect's rifle from his body.

Another officer saw Hurley holding the suspect's rifle and fired his handgun at him, mistakenly assuming Hurley was the active shooter, according to the autopsy report.

Hurley was taken to the hospital, where he was pronounced dead.

The autopsy concluded Hurley died of a single gunshot wound to the pelvis, and the manner of death was homicide.

The team investigating the shooting presented its findings to the district attorney's office earlier this month. The DA and a team of prosecutors will review the evidence and determine whether or not charges will be filed against the officer who fired the shot.