"I think everybody that was there took it as a joke, but in hindsight, I can understand how some people would be offended." 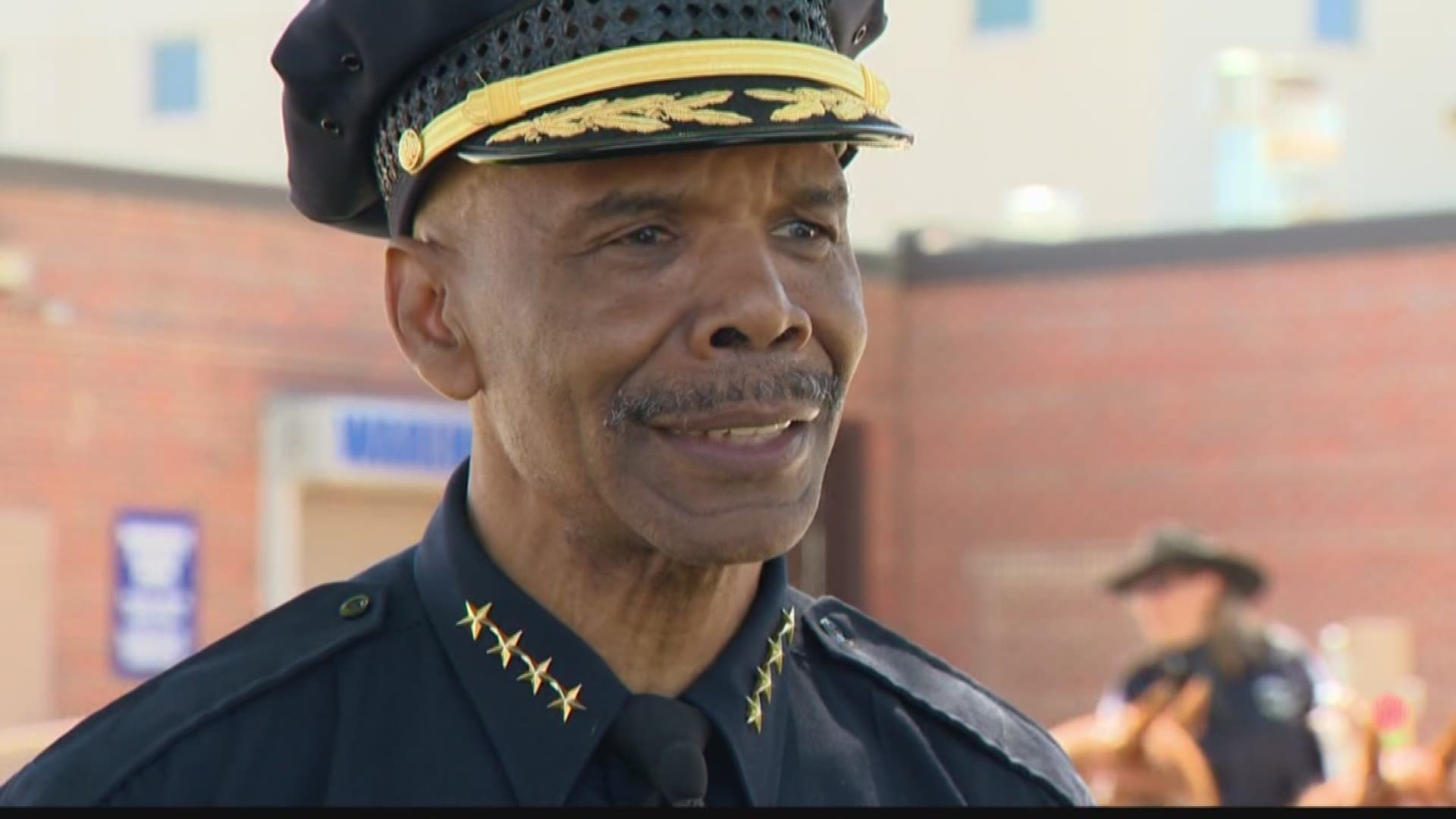 DENVER – Aurora police body camera video shows Denver Police Chief Robert White joking about his own department’s response to a hit-and-run crash in which he was the victim.

The video also shows him describing “chasing” the car that another driver ended up hitting.

The Denver Police Department released the video to 9 Wants to Know Tuesday after an open records request.

According to the Denver Sheriff’s Department’s investigation summary, White was on his way to the gym when a driver, later identified as Temesgen Gebremdhin, ran a stop sign, hitting White’s driver’s side rear passenger door. The report said the driver left the scene, skipped another stop sign and was hit by another car going through the intersection.

According to the report and White’s own statement, he followed the driver who hit him. In his statements to Aurora Police, caught on officers’ body cameras, White used the word “chase” several times.

“I was in Denver when he hit me,” White is heard saying on one of the Aurora police body cam videos. “He ran, he ran a stop sign. I chased his (expletive)… He struck this guy here. He obviously tried to get away.”

Last month the Denver Mayor Michael Hancock said in a news release that the chief didn't violate department policies when it came to vehicle pursuits. The mayor did conclude the “chief should’ve exercised more professionalism and clarity in his conduct,” according to the release.

“In hindsight, I probably should’ve used a different word,” White told 9NEWS. “I was absolutely not chasing the individual.”

The chief did issue an apology letter to his department in October of 2017, after he made a comment to an Aurora officer that some Denver officers could have found offensive.

The comment is hard to hear on video, so Tuesday 9NEWS asked the chief to clarify what he said.

“It was an absolute joke,” White said. “I think everybody that was there took it as a joke, but in hindsight, I can understand how some people would be offended.”

“I trust that with Chief Robert White -- this is a 40-year-plus police officer, who’s been dedicated not only to his communities but also his men and women who worked for him,” Hancock said. “Obviously these are grown men and women who can understand ‘I was joking, I didn't mean it.’But I can tell you what I do know: When people typically get in trouble with comments is when they're trying to be funny or off-the-cuff.”

The Denver police union that represents most officers on the force sent a statement today saying they believe the chief did violate chase policy.

“The PPA is very disappointed in our chief's unprofessional actions which reflect poorly on the rank-and-file officers, who are held to a much higher standard than the mayor held Chief White to,” wrote Nick Rogers, PPA president. “Chasing any suspect, whether your lights and siren are on, or you are chasing in an unmarked vehicle, is a clear violation of the chase policy. Any other Denver police officer would have received substantial discipline for the same actions.”

Gebremdhin, the driver of the car that hit White and caused the second driver to hit him, pleaded guilty to driving drunk and leaving the scene of an accident on May 7. He was sentenced to in-home detention and probation.