Randy Hass was extremely saddened after an Arvada police officer was killed in the line of duty. 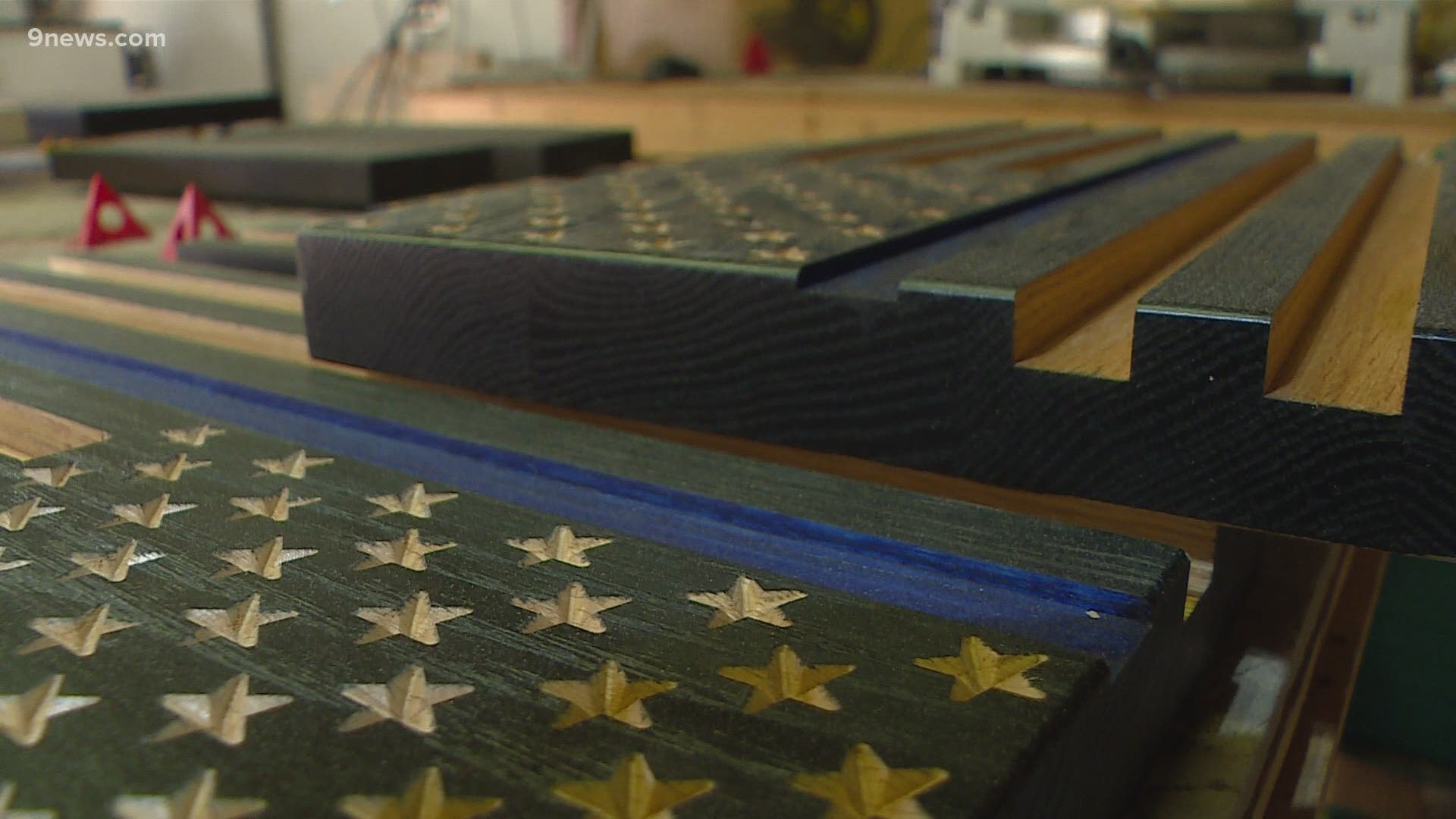 CENTENNIAL, Colo. — A man from Centennial is using his craft to say thank you to police officers and deputies in his community. It is a skill set Randy Hass has been developing for decades.

Hass started woodworking in junior high school and he went to work for a cabinet shop after high school. He turned a passion into a career. Over the years, his jobs in woodworking have been for department stores and offices.

Now, he's using those skills to give back.

"To ambush somebody for doing his job all those years and sounds like he did his job very well," he said. "You don't even know the man. Just wrong."

So far, he's handed a couple of wooden flags to the sheriff's office in his county. It takes him about four hours to make a wooden flag.

"More rewarding than the paycheck I get," he said.

Hass wanted to make wooden blue line flags to say thank you to law enforcement in his community.

"I hope they realize that the majority of the public, I hope, is behind them," he said. "The good officers that are out there, the community does support them."

The wood to make the flags was free.

"That wood all came from a restaurant that wasn’t happy with the finish," Hass said. "This was all sitting there and been sitting there for a few years and my boss wanted it out of there."

His career gave Hass a hobby and a chance to say thank you. He plans to keep making flags until the wood runs out. He also hopes to make some wooden flags for firefighters.