The former 9NEWS helicopter pilot said he had to evacuate after the wildfire exploded, growing more than 100,000 acres overnight into Thursday. 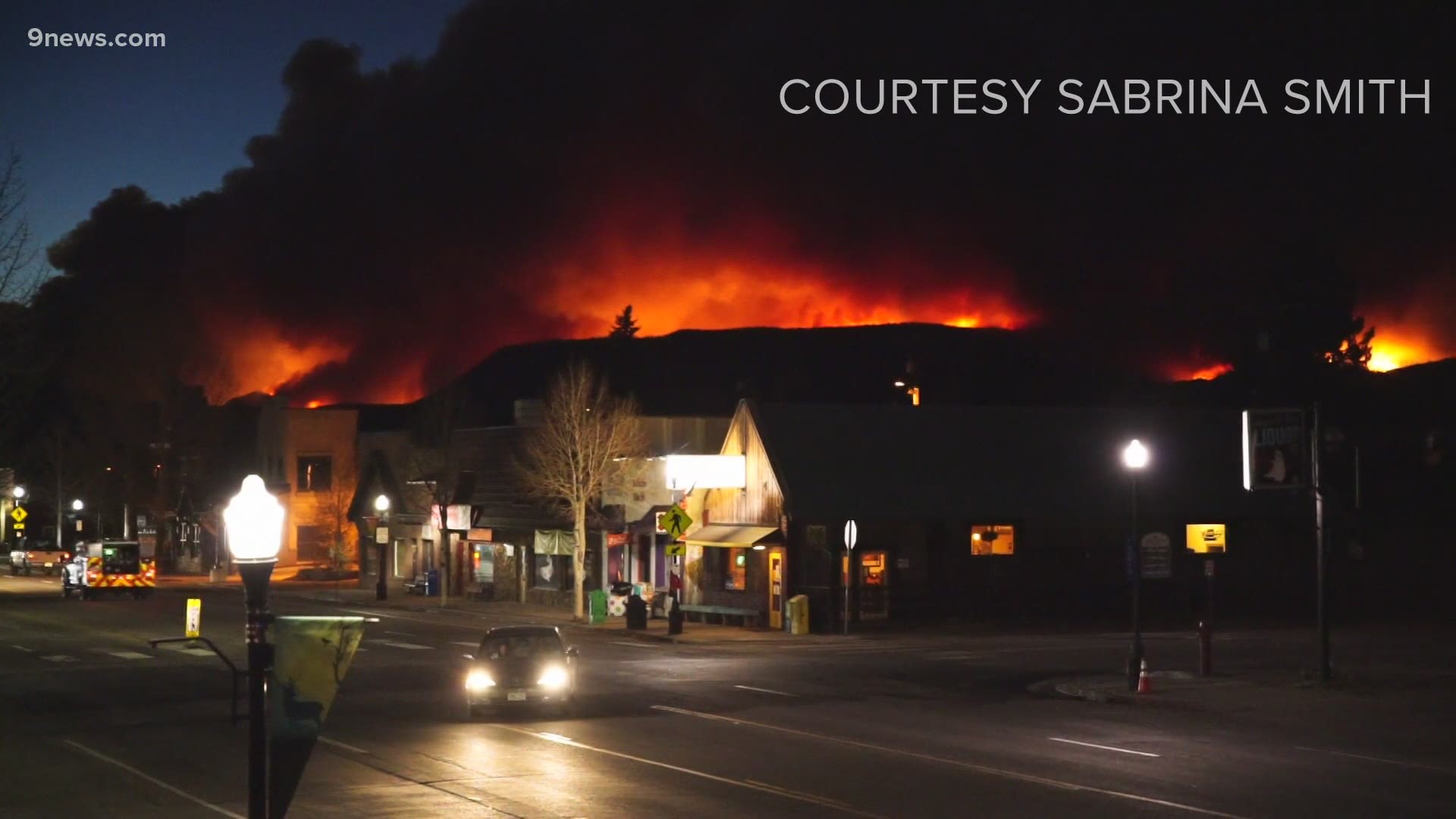 GRAND COUNTY, Colo. — A former Sky9 pilot said he had minutes to escape his home in Grand County as the East Troublesome Fire exploded overnight into Thursday.

The wildfire burned aggressively and surpassed 125,000 acres by Thursday morning. On Wednesday afternoon, the fire was just about 24,000 acres.

Residents in Grand Lake were told to evacuate late Wednesday night as the East Troublesome Fire continued to move quickly east and toward the town.

"We never expected 6,000 acres per hour to come upon our community," said Grand County Sheriff Brett Schroetlin in a Facebook video posted around 1 a.m. Thursday morning.

Jimmy Negri, a former 9NEWS helicopter pilot who was among hundreds of residents forced to evacuate, called into Mile High Mornings from his brother's home in Arvada on Thursday morning.

"That name Troublesome doesn't give all the credit it's due," Negri said about the wildfire's name.

He said that unlike most fires, when a pre-evacuation notice can give residents time to gather belongings, this fire grew so quickly that residents did not have any time to waste.

"This (wildfire), in the morning, was 14 miles away from us according to Google Earth, the wind wasn't a factor," Negri said. "Then at a quarter to seven we got a call saying, 'get out now.'"

By the time Negri and his wife packed a bag and got his mother from a neighboring home, he said the flames were right up to the road.

Negri said he was told that a neighboring home was destroyed by the fire, and is worried his home suffered a similar fate.

"We're the last road before you head up into Rocky Mountain National Park," Negri said. "Unfortunately, I've owned this little place since 1977, and I don't hold out much hope that it's still there."

RELATED: All of RMNP closed to visitors due wildfire activity