The resolution provides protection for officers who are sued under Colorado's new police reform law. 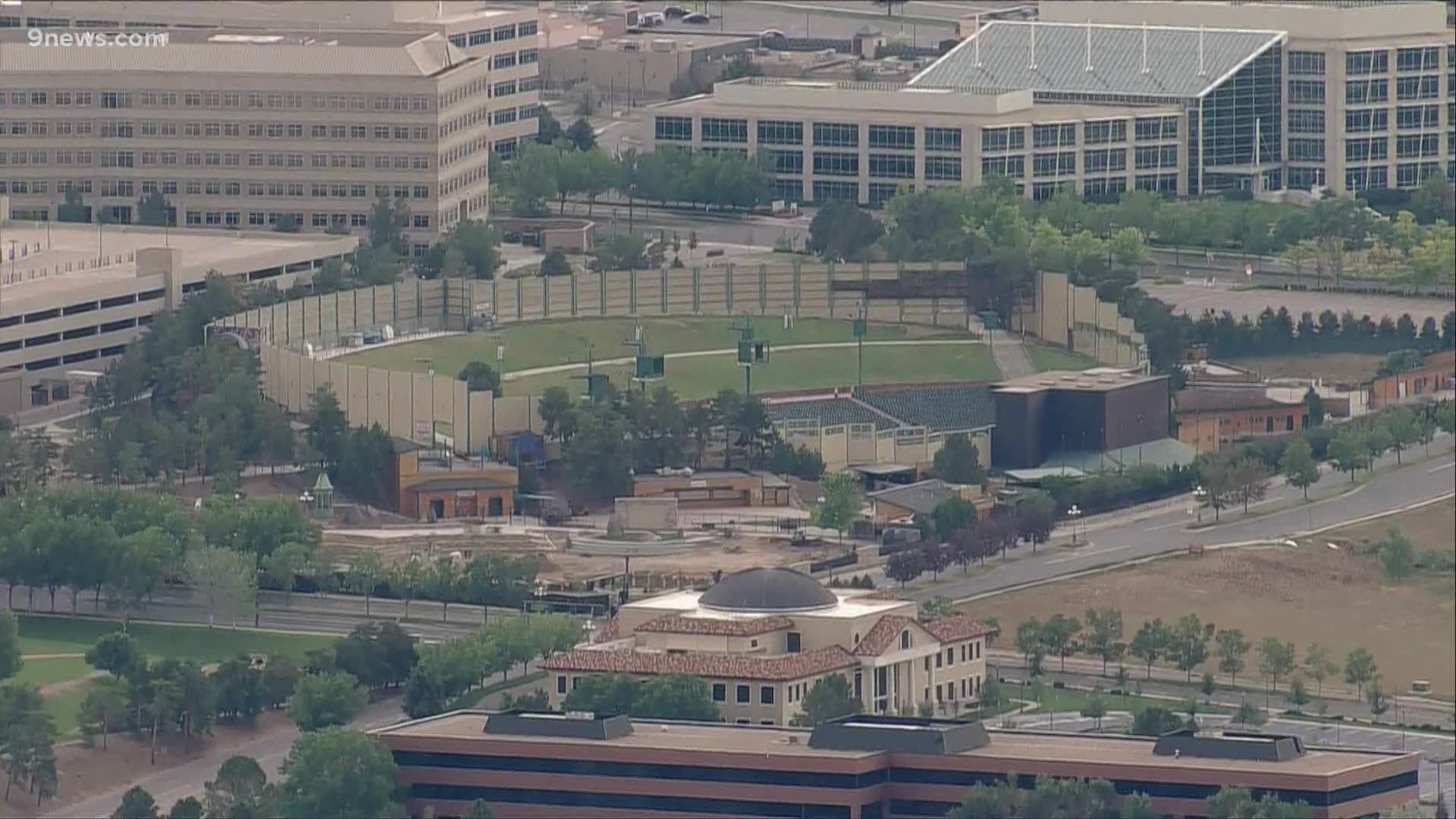 GREENWOOD VILLAGE, Colo. — Nathaniel Rateliff, members of The Lumineers and other Colorado musicians are promising to boycott Fiddler's Green Amphitheatre in response to the City of Greenwood Village's resolution to defend police officers who are sued under Colorado's new police reform law.

"We stand in solidarity with the Black community against police brutality, and call for the immediate repeal of City of Greenwood Village, Colorado Government Res. 40-20. We stand with musicians who will not play Fiddler's Green Amphitheatre until they do," Rateliff said in a post on his Facebook page Saturday.

"Live performances are a major source of revenue for the city," Rateliff said. Because the city council does not understand why it is imperative — from a civil rights and safety perspective — to abide by our statewide laws."

Rateliff also called on artists and fans to refuse to spend their money in Greenwood Village.

“When you see something that is not right, not just, not fair, you have a moral obligation to say something. To do something. Our children &their children will ask us ‘What did you do? What did you say?’ We have a mission & a mandate to be on the right side of history”-John Lewis pic.twitter.com/42IJ5nPkxm

"AEG Presents and the Museum of Outdoor Arts, the non-profit which owns Fiddler’s Green Amphitheater, stand together in support of Black Lives Matter and against social and racial injustice. We also stand in support of all the artists who have come forward to lend their voices to progress, both locally and nationally. AEG Presents, as a music company that operates a venue in Greenwood Village and works closely with its police department, has unique perspective and connections to this issue. We have already reached out to key voices on both sides with the intent of bringing all parties together for meaningful dialogue and resolution."

According to the resolution, court costs, attorney fees and fines would be paid by the city for lawsuits brought under Colorado's Senate Bill 217. The measure also included new policies on data collection and banned carotid holds.

State Sen. Leslie Herod (D-Denver) sponsored the legislation and tweeted her support of the initative.

Yes! The @thelumineers are a badass Colorado band and I’m glad to see them taking a stand for Black lives.

The law eliminated some protections for officers in civil lawsuits. If an officer is found to have acted in bad faith or there is a reasonable belief an officer's conduct was unlawful, the officer would be responsible for up to $25,000 in a civil suit, according to the law.

"It goes well beyond supporting our officers," council member Dave Bullock said of the resolution when it passed earlier this month. "It sends a message to ... the country that we have a very different attitude towards law enforcement and the rule of law in Greenwood Village."

Bullock also told 9NEWS that he has seen protests in cities where he feels police departments are not supported and "that will not happen" in Greenwood Village.

The musicians are also supporting a petition against the resolution that had garnered more than 1,300 signatures as of Saturday evening.

This article draws on previous reporting by 9NEWS.