Those ballots could have affected the Aurora mayor's race. There are currently only 281 votes separating front runner Mike Coffman and Omar Montgomery. 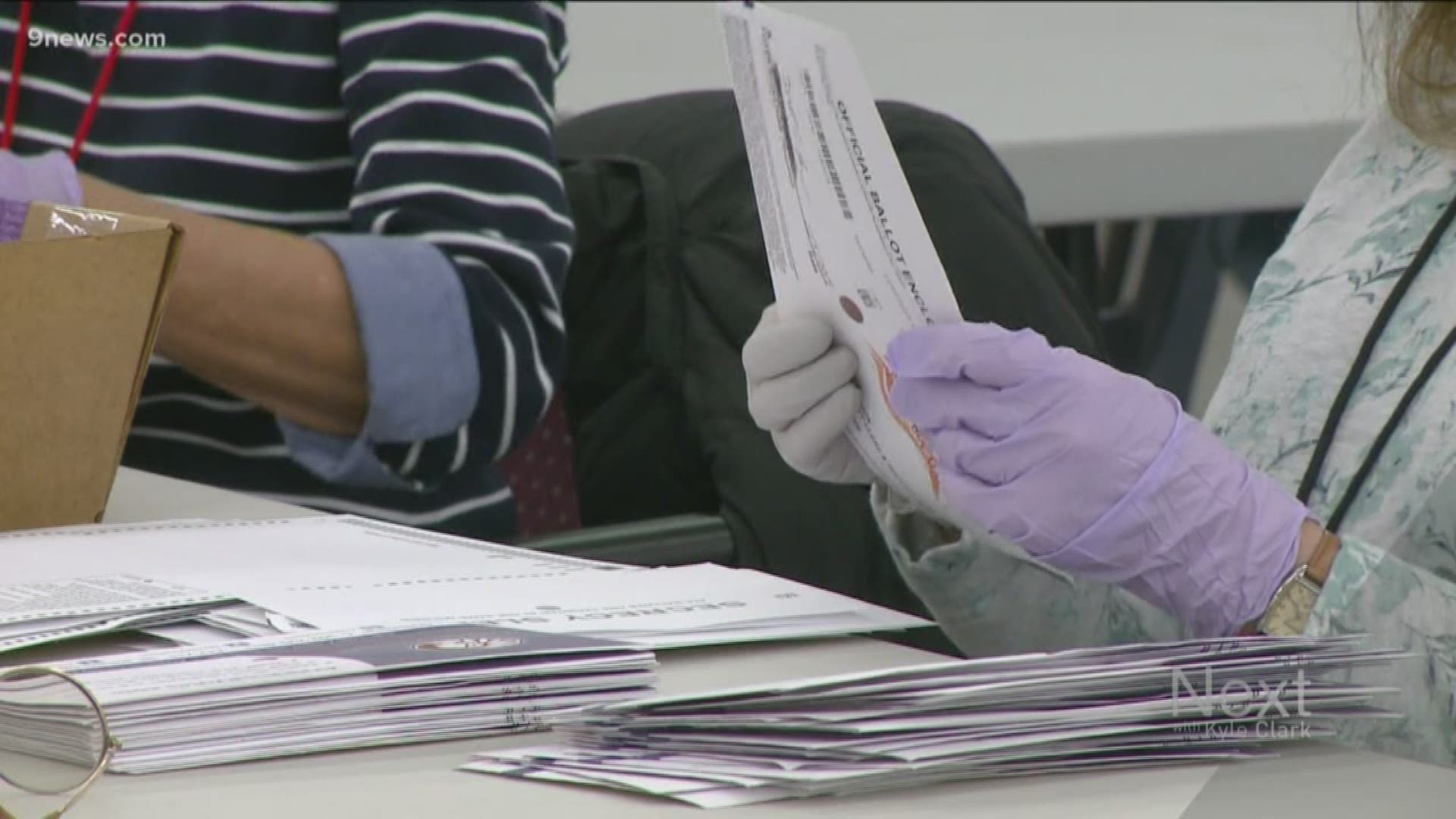 AURORA, Colo. — There is a new wrinkle in the race to be the next Aurora mayor, except this one can never be resolved.

The Secretary of State's Office revealed on Friday that 828 replacement ballots were not delivered to voters until Election Day.

A replacement ballot would be mailed when a voter reports to their clerk that they didn't receive one or if they messed up and wanted a new one. The county clerk can have one mailed to the voter as long as it's more than eight days before the election.

As of Friday night, the gap between Mike Coffman and Omar Montgomery was 281 votes.

Ballots delivered to voters on Election Day could have impacted that race.

Of those 828 replacement ballots:

Of the 768 Arapahoe County voters, 664 were for Aurora voters with the mayor's race.

According to Secretary of State Elections Director Judd Choate, of the 664 ballots delivered on Election Day in Aurora, 141 of those voters cast a ballot, either by turning in the ballot they got that day or by voting in person.

"We could have asked for a judge to expand polling hours, we can't do that now," said Secretary of State Jena Griswold.

She said based on the math, it doesn't appear that the delay in getting voters their ballots impacted the outcome of the mayor's race.

RELATED: Election 2019 in Colorado: The highlights

"If you look at the margins, and make several assumptions, that the turnout was the same as the county, it does not look like it would have affected, but you have to make various assumptions to get there," said Griswold. 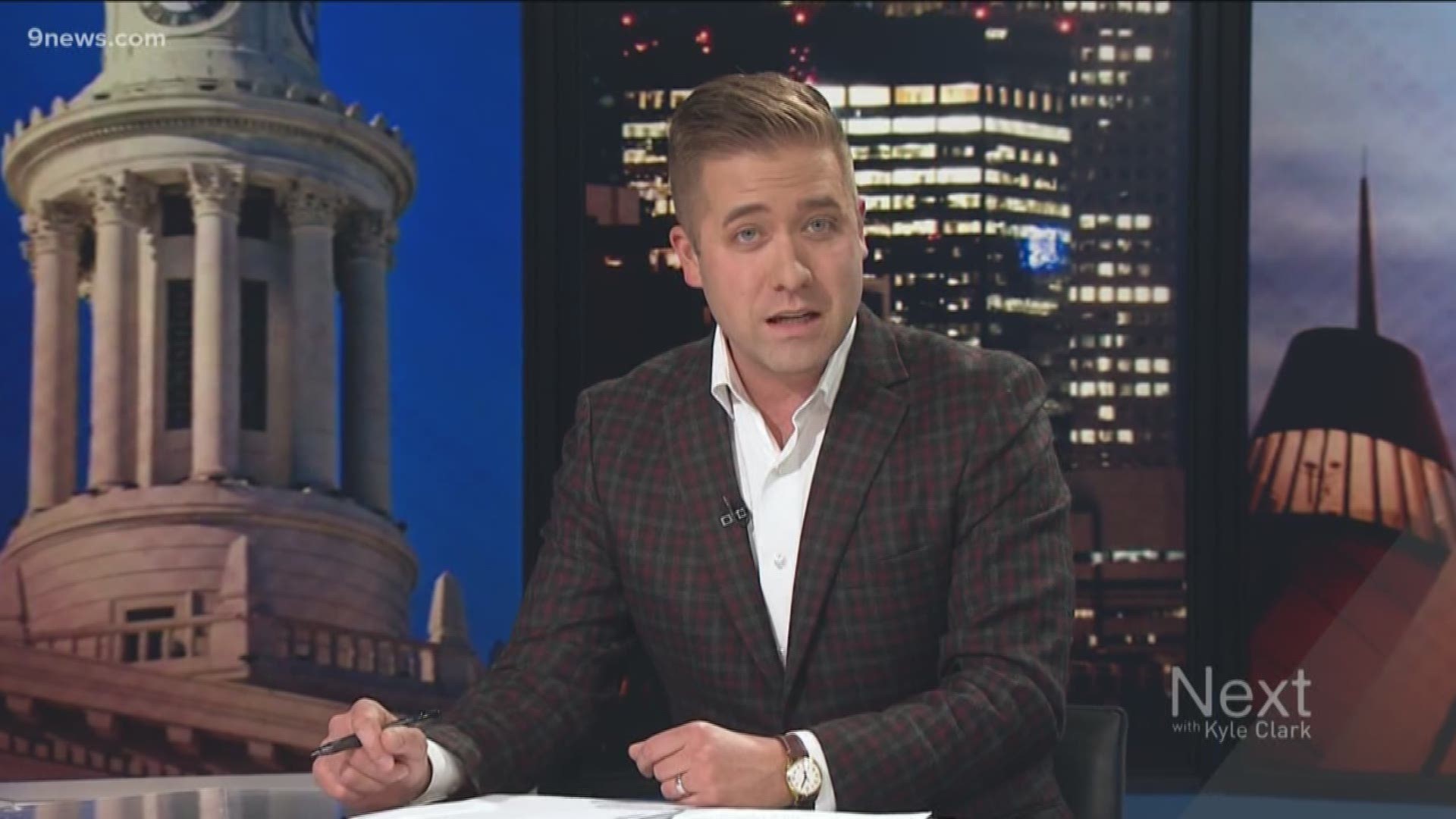 Griswold pointed fingers at the United States Postal Service for not getting the ballots delivered in a timely fashion and for not notifying her office that ballots were being delivered on Election Day.

"We went to an extraordinary effort," said U.S. Postal Service spokesman David Rupert. "Hundreds of employees were involved with this. We're very proud of our employees to make sure that voters got their ballots before the polls closed. In some instances, their mail had already been delivered, so the postman rings twice."

The ballots were printed and mailed from Seattle on Oct. 29, one week before the election. According to Rupert, the Arapahoe and Denver County clerks paid for the lowest priority mail, so those ballots were delivered by truck and arrived in Denver on Friday, Nov. 1.

"They did mail them at our slower truck rate, and it's a marketing mail rate. They did it, I mean, to save money," said Rupert.

Former election employees told Next with Kyle Clark, the clerks could have printed the replacement ballots locally.

"They could have mailed them from here and, certainly, we would have got them into the voters' hands sooner," said Rupert.

"If they realize there is a problem, enough to call all the mail deliverers back in, to grab the ballots to rush them out, I think they could notify us," said Griswold.

There is no requirement in Colorado law that the U.S. Postal Service must notify the state about when it is delivering ballots. Griswold said her office is now looking at proposing legislative changes to make that a requirement.

"If we were alerted or if anyone knew that these replacement ballots were going out on Election Day, there would have been a potential to ask for more time at polling locations."

The Arapahoe County Clerk's Office also learned about this issue on Friday. A spokesman said the office was looking into who was specifically impacted.

"We have no reason to believe that Arapahoe County did anything wrong here," said Choate.