Fast radio bursts detected from 500 million light-years away: 'It's nothing to do with aliens,' astrophysicist says

Telescopes in Canada detected mysterious radio signals in a pattern repeating every 16.35 days. We asked a former Colorado professor to explain what they are. 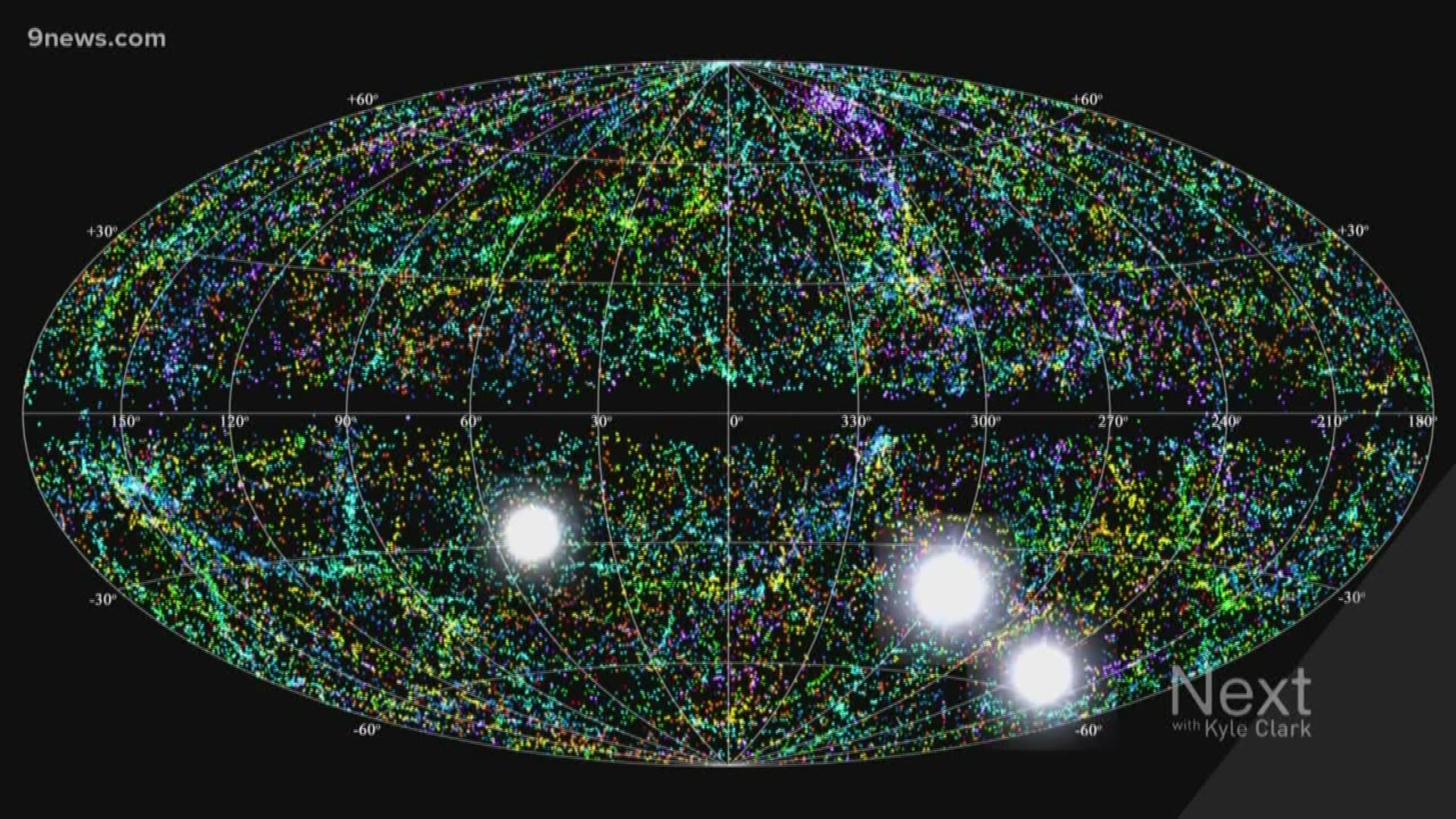 DENVER — An array of telescopes in Canada recently discovered a series of repeating radio signals from a galaxy about 500 million light-years away.

The so-called fast radio bursts (FRBs) last just milliseconds. Scientists are trying to trace their origin and figure out exactly what's causing them.

What exactly is a fast radio burst?

“Well, I have to say, if we knew what they were, there might be a future Nobel Prize in it. They are something very, very obscure. They’re bursts of radio emission that last for less than a second. Just milliseconds. Most of the time, it’s just a one-off event. A few of them repeat and those are the exciting ones because when they repeat, you can figure out where they are.”

If fast radio bursts are detected from half a billion miles away, when did they occur?

“You’re seeing them, or in this case, hearing them in the radio waves, a billion years in the past because it takes that long to cross intergalactic space."

Researchers with the Canadian Hydrogen Intensity Mapping Experiment (CHIME) recently discovered a pattern in fast radio bursts. The FRBs repeated every 16.35 days. Shull said CHIME detected where the FRBs were using an array of radio telescopes.

“Only a few hundred million light-years away," he said. "A nearby dwarf galaxy which is kind of exciting.”

What could be the source of these repeating FRBs?

Why should people care about the discovery of repeating FRBs?

"It's one of the reasons I went into astrophysics because every year or two something really new or different that can't explain or can't understand happens... When you have scientists telling you, here's something we don't understand, it's an exciting time for everyone."

RELATED: Colorado astronaut on living in space: 'it's just incredible'

RELATED: Who owns the moon? A space lawyer answers