Colorado Rep. Lauren Boebert, from Rifle, released a video Sunday proclaiming she'd be carrying her gun around the District of Columbia and Capitol Hill. 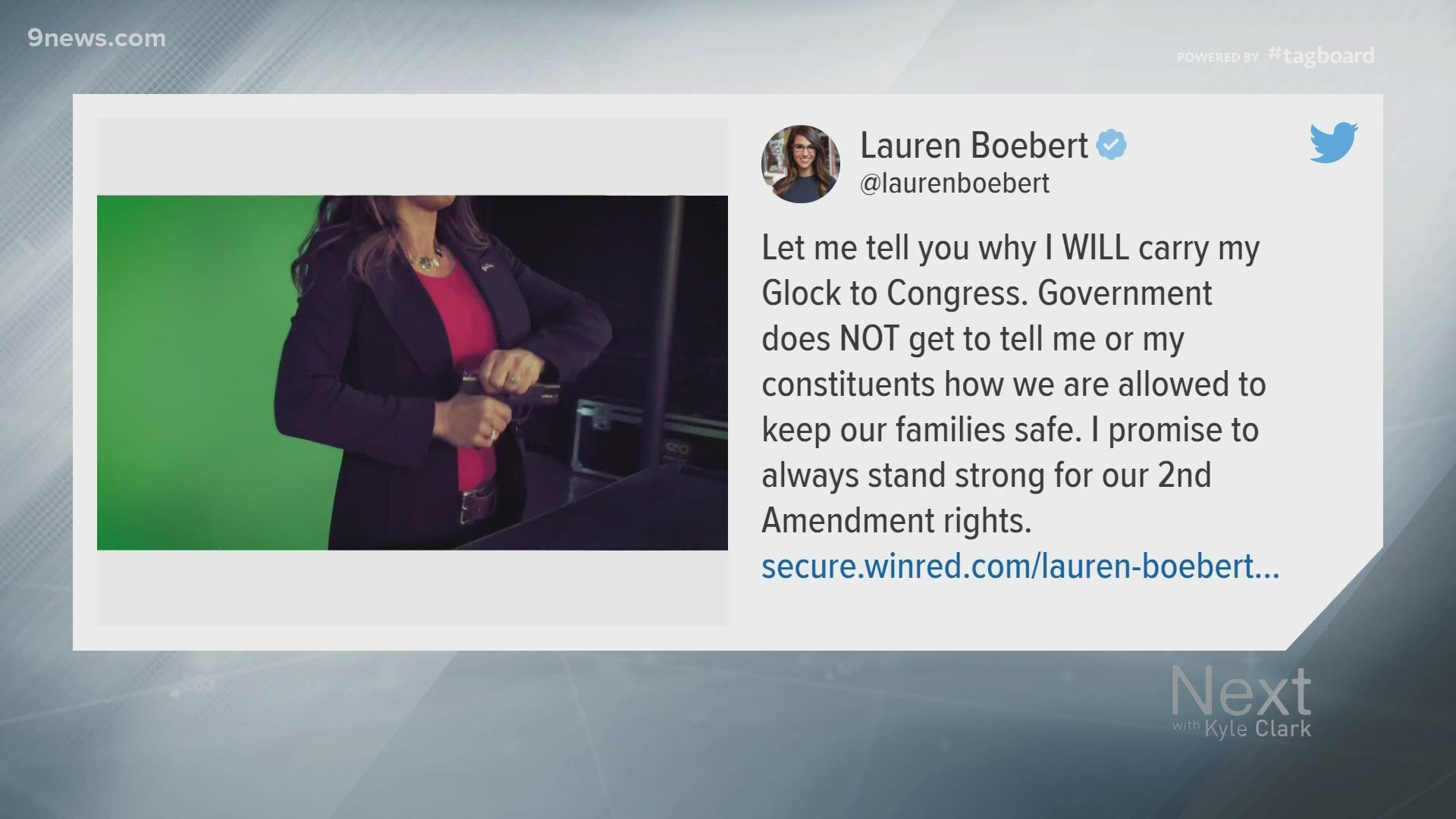 DENVER — The chief of police in Washington, D.C. said Monday that he planned to speak to Colorado Congresswoman Lauren Boebert (R) about gun regulations within the city.

In a press conference, Robert Contee of the Metropolitan Police Department said Boebert, from Rifle, Colo., will be treated like any other citizen if she is caught breaking the District’s firearm rules.

“That congresswoman… will be subjected to the same penalties for anyone else that’s caught on a District of Columbia street carrying a firearm unlawfully.”

The chief’s comments followed a video that was posted to the freshman congresswoman’s personal Twitter account over the weekend. The video appears to show her conceal a gun under her blazer before walking through the city.

“Even though I now work in one of the most liberal cities in America, I refuse to give up my rights,” she said in the video, with “I will carry my Glock to Congress” shown on the screen.

Let me tell you why I WILL carry my Glock to Congress.

Government does NOT get to tell me or my constituents how we are allowed to keep our families safe.

I promise to always stand strong for our 2nd Amendment rights.https://t.co/E75tYpdN4B pic.twitter.com/qg7QGenrNo

Boebert said she wants to fight for Americans’ Second Amendment rights and cites violent crime as a reason for carrying the gun with her while she walks to work.

Slides presented by District officials during the press conference outlined that out-of-state conceal carry licenses do not apply within the capital.

While the public cannot have firearms at the Captiol, lawmakers generally can in accordance with some rules. Open-carry is not permitted in Washington, D.C.

A spokesperson for Boebert did not directly answer when 9NEWS asked if she registered the gun in her video with local police, as required by law, though Boebert’s office told The Washington Post that she did not actually carry a gun with her for the shoot.

Boebert has previously expressed that she plans to carry a gun with her at the U.S. Capitol.