The 82-page bill, introduced by Democratic lawmakers, would change some of Colorado's election laws related to recalls, ballot drop boxes and voter registration. 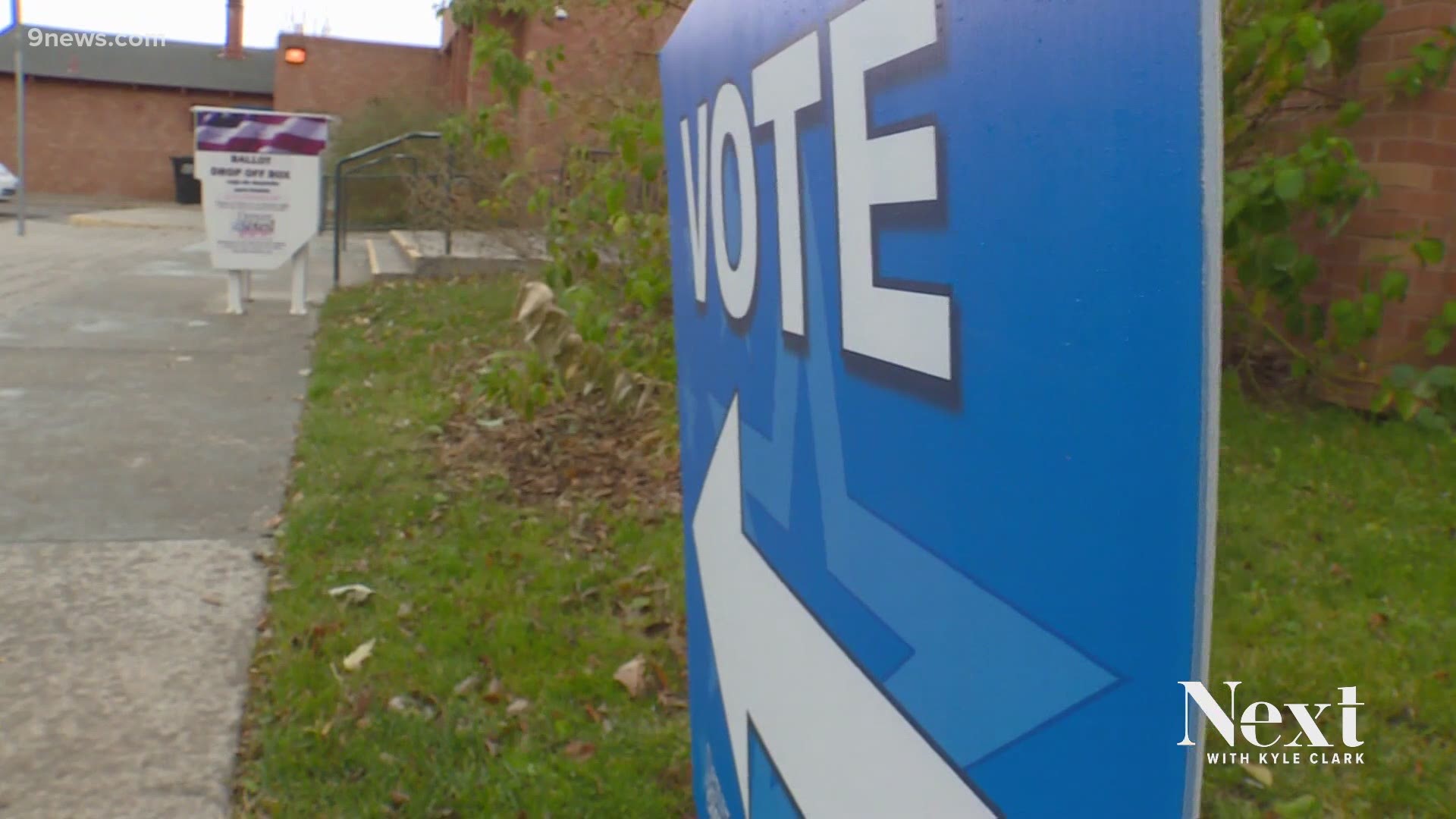 In baseball that means 81 home games, no matter how many losses the team has recorded.

Coors Field actually gets 82 games this year since Major League Baseball moved the All-Star Game from Georgia, in large part, because of Colorado's election laws.

That number, 82, is also the number of pages in the bill introduced by Democratic lawmakers this week, to change some of Colorado's election laws.

"The single most important part is that we are continuing to improve and make our elections better, rather than what we're seeing in many states, where they seem to be aggressively eager to roll back election access," said State Sen. Steve Fenberg, Senate Majority Leader (D-Boulder).

Nearly 87% of active voters participated in the 2020 election. Why the need for 82 pages in reform?

"There really is not a lot that is groundbreaking in this bill, I'll be honest. It is a long bill and it is largely technical," said Fenberg. "A lot of it is pretty dry."

Not all of it.

RELATED: Colorado voting laws are not just like Georgia's

The bill would restrict future drop boxes from being located at police stations or sheriff's substations.

"I think that there's some concerns from some voters and various stakeholder groups, where they have a history of their communities not trusting their police, and I think that's where that concern comes from," said Matt Crane, Executive Director of the Colorado County Clerks Association.

Crane, a former Republican Arapahoe County Clerk & Recorder, pointed out that some of the most popular drop boxes are currently outside law enforcement. According to Denver Elections, Denver's most popular dropbox is the only one located at a police station, outside District Three at I-25 and University.

Douglas County also has one outside the Highlands Ranch Sheriff's Office substation.

According to the Colorado Secretary of State's Office, there were 14 drop boxes located at police stations or sheriff's offices. Those will remain under the bill.

"Places that are well known in those communities, and that are used by a large part of their community, we want to make sure that we don't move those drop boxes and cause any voter confusion," said Crane.

Walking up to the dropbox, but still not far enough away, does not count as waiting in line.

"We do get lines. Whether it is a walk-up dropbox or a drive-up dropbox, there are lines at seven o'clock, believe it or not, so we want to allow those people the opportunity to cast their ballot. It's the right thing to do," said Crane.

"Especially on the heels of the 2020 election cycle, where we saw so much mis- and dis-information, that's polluted our conversation about elections generally, I think that's what necessitated the change here."

A good chunk of the bill focuses on recall petitions and recall elections.

The petitions being circulated would also be required to have the estimated cost of the recall election printed on the petition.

"I think that's an attempt to get people to not sign the petition," said recall petitioner Lori Cutunilli.

Cutunilli is behind Recall Polis 2021, which would be the third attempt to try to recall Gov. Jared Polis (D). As of now, that cost requirement is not needed for current recall efforts.

"Upholding our constitutional rights to redress our grievances with the government through recalls is priceless," said Cutunilli.

Two previous efforts have failed to even turn in signatures to even try to qualify a gubernatorial recall for the ballot.

The legislation also makes a change to state law to require truthfulness.

Right now, the statement printed on the petition explaining why the recall is being sought "may" not include any profane or false statements.

In legislative language, "may" is different than "shall." "May" means you don't need to. "Shall" requires you to do so. The legislation changes the requirement that statement on the petition "shall" not include any profane or false statements."

That suggests current law does not require complete honesty in the petition statement.

"Especially on the heels of the 2020 election cycle, where we saw so much mis- and dis-information that's polluted our conversation about elections generally, I think that's what necessitated the change here," said Crane.

The bill also explicitly states that if a recall election ends in a tie, with an even number of "no" and "yes" votes, that the person retains their office. We are still waiting for a response from Colorado's Secretary of State's Office on what happens currently if there is a tie in a recall election.

The bill will also require colleges and universities to email all students during the first full week of the fall semester and last full week of the spring semester to provide information on how to register to vote or update their voter registration.

The bill also allows a voter's registration to be automatically updated if they update their name or address with Medicaid and the Colorado Department of Health Care Policy and Financing. In 2019, Colorado law changed to allow automatic voter registration at the Department of Motor Vehicles. This would build off of that provision.

"Just because we feel we're ahead of the rest of the country in the way that we conduct elections doesn’t mean that we still don't have room to grow and improve," said Crane.