Rep. Ron Hanks sent out a fundraising letter Tuesday suggesting the attack at U.S. Capitol was the work Antifa and foreign powers could stop Biden's inauguration. 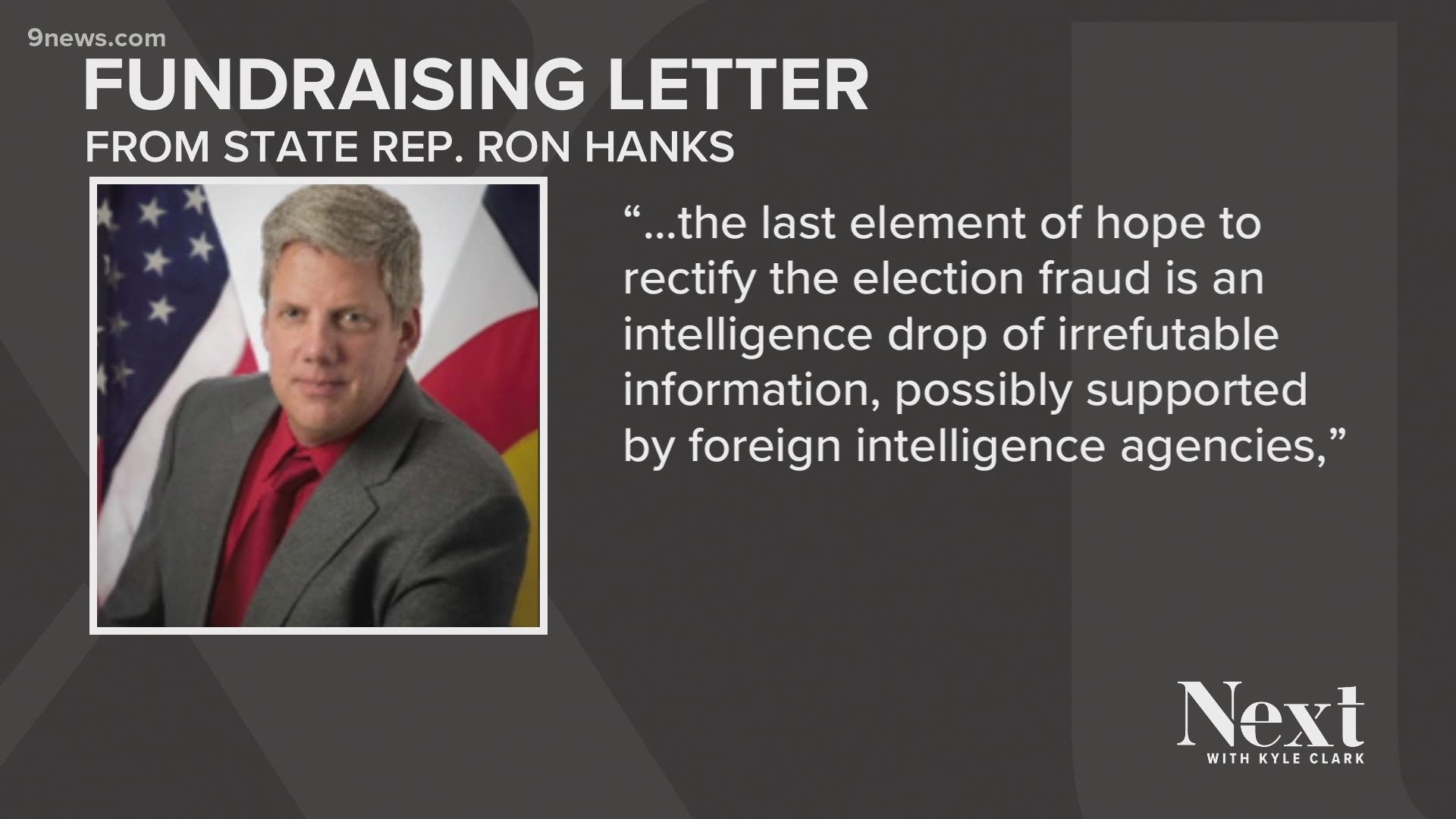 DENVER — A Republican state representative from Fremont County, Colo., who was present in Washington, D.C. during this month’s insurrection, claimed that foreign intelligence agencies may be able to keep Joe Biden from becoming president on Wednesday.

Rep. Ron Hanks sent out a fundraising email Tuesday afternoon suggesting the attack at the U.S. Capitol was the work of Antifa in disguise and said the mob did not appear to include supporters of President Donald Trump.

“It seems more likely that there were people who intended to blend in to the group, then create mayhem and blame it on Trump supporters,” Hanks wrote in an editorial included with the fundraising pitch.

That claim has been widely disproven by fact-checkers.

Hanks also characterized the Democrats in Colorado's state government as radical, and on a larger scale, said the United States is in a “grave” state.

NEW: GOP State Rep. Ron Hanks, who was present in Washington during the Jan 6 insurrection, just sent a fundraising letter suggesting the Capitol attack was the work of Antifa and that a foreign intelligence drop may still prevent a Biden presidency tomorrow. #9News #copolitics

Regarding President-elect Biden’s inauguration, Hanks wrote in his editorial that foreign intelligence from Israel, the United Kingdom or Australia could prove the results of the 2020 presidential election are fraudulent.

"We are down to the very final options to right a flawed election, and it is possible it will not happen," he said. "Patriots, and all Americans are in a perilous dilemma: This isn’t just an economic system or policy priorities we are arguing about. There is a nuclear and national security aspect to this election that must not fall into the hands of foreign enemies or their domestic agents."

Hanks said he would like constituents to contact him with their concerns about government policy and ended his email with a link for supporters to donate.

Biden's inauguration is scheduled for noon ET on Wednesday, or 10 a.m. in Colorado.

RELATED: From QAnon to radical militias: How to talk to a loved one with extremist views

RELATED: What is the schedule for Joe Biden's inauguration?