Denver and several other counties return to stricter COVID-19 rules

The alarm was sounded weeks ago as coronavirus cases surged in Colorado. Now health officials are working on rule enforcement so the city can relax guidelines again. 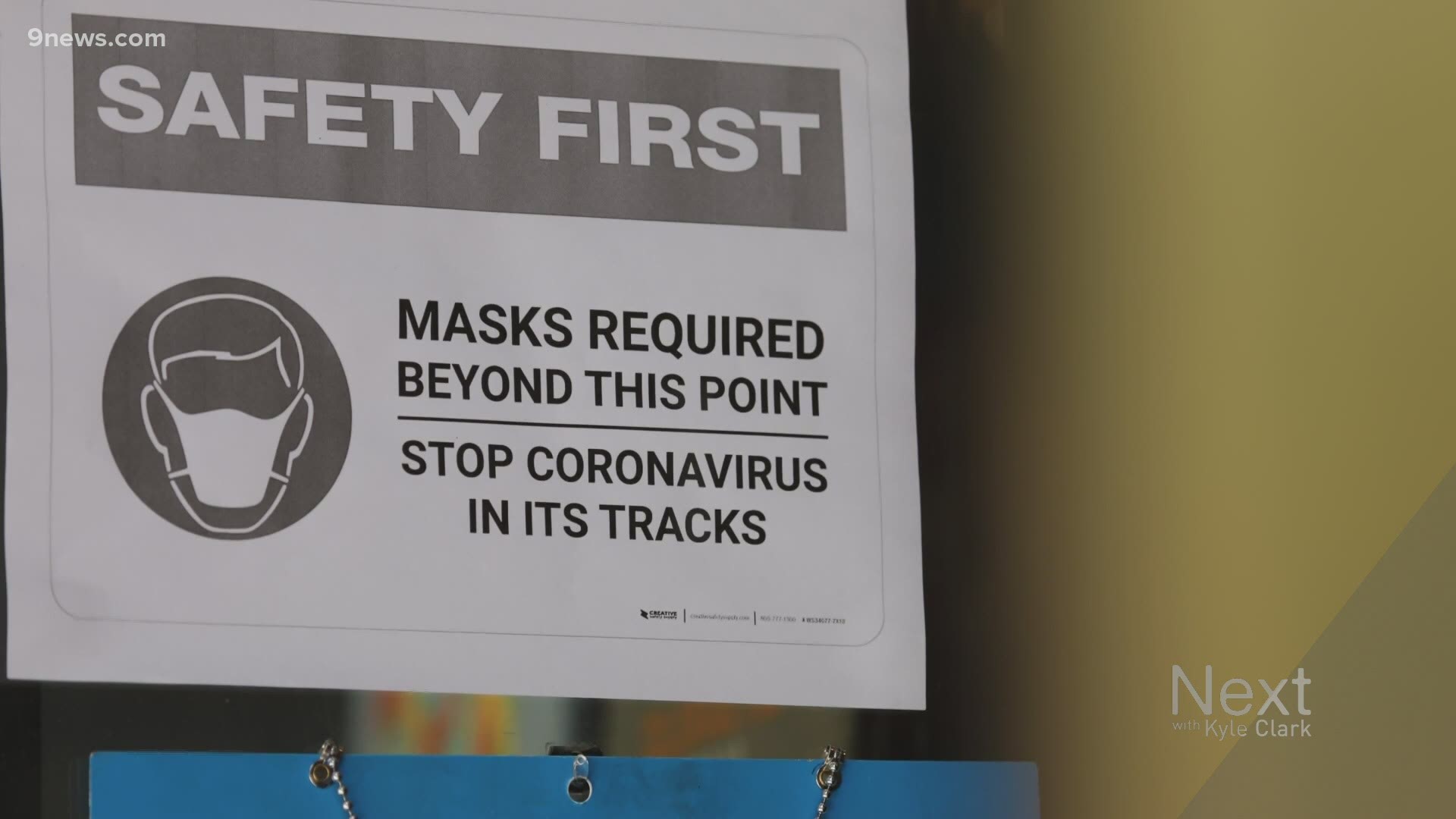 DENVER — Denver is officially in "Safer Level 3" status because of its COVID-19 caseload, hospitalizations and positivity rate.

We got some insight into the decision making process.

What happened in the last few weeks?

The city of Denver's Department of Public Health and Environment (DDPHE) said the alarm was sounded a few weeks ago that Denver's numbers weren't looking good.

On October 16, roughly two weeks ago, the city announced new public health orders to work to reverse that.

Thursday, nearly a week ago, we touched base with the executive director for DDPHE, Bob McDonald, who at the time said the new health mandates were an opportunity to get the numbers under control.

He also said things can change quickly and that the city had a scheduled meeting with the state health department on the books for earlier this week.

By Tuesday, the city was announcing new protocols.

"Due to the dramatic rise in our average daily case rates, positivity rate, hospitalizations, Denver will be moved backwards on the state's dial system to Safer At Home Level 3," Mayor Michael Hancock said.

How will enforcement work?

Throughout the pandemic, DDPHE has been working with the city's Department of Safety, Denver sheriff's deputies and the Denver Police Department to help with enforcement.

This time around, the city is adding more people to the pool to ensure rules are followed.

In addition to making sure businesses are following the rules, McDonald said there will also be more focus on what people individually are doing like in the park or on the 16th Street Mall.

In a statement, the city said it will take into account people need to get caught up on the new rules but that it also needs people to cooperate.

In an e-mail, officials wrote:

"We need everybody's cooperation as soon as possible for these requirements. We will take into account that people need to be educated on new requirements and focus on doing so, while also guiding them to make immediate adjustments so they are in compliance. For violations of requirements that haven't changed, we will still use enforcement tools to address significant violations."

"To get back to level 2, we must reduce our average daily cases, positivity and hospitalization rates back to level allowable for it and then hold those reduced number for two weeks," Hancock said.

The city's next check-in with the state's department of public health and environment is in two weeks, DDPHE said Wednesday.

What about changed group gathering sizes?

Roughly two weeks ago, the City of Denver said people needed to cut down their group gathering size to five people to help slow the spread of COVID-19.

With the transition to Safer Level 3, the city changed that limit to align itself with the state guidance, writing:

"The City of Denver will align with the state's Level 3 of a maximum of 10 people that can gather together, instead of 5... The city wants to be in line with what the state is doing, so there isn’t confusion. Plus, our order did not address limiting households coming together to just two."

That last part is important.

Dr. Jean Kutner, the Chief Medical Officer for UCHealth University of Colorado, said it helps limit interactions and possible exposures. She said to think about it like people living in a bubble with those in their households, and by limiting the number of households who interact, it limits the number of bubbles that cross paths. 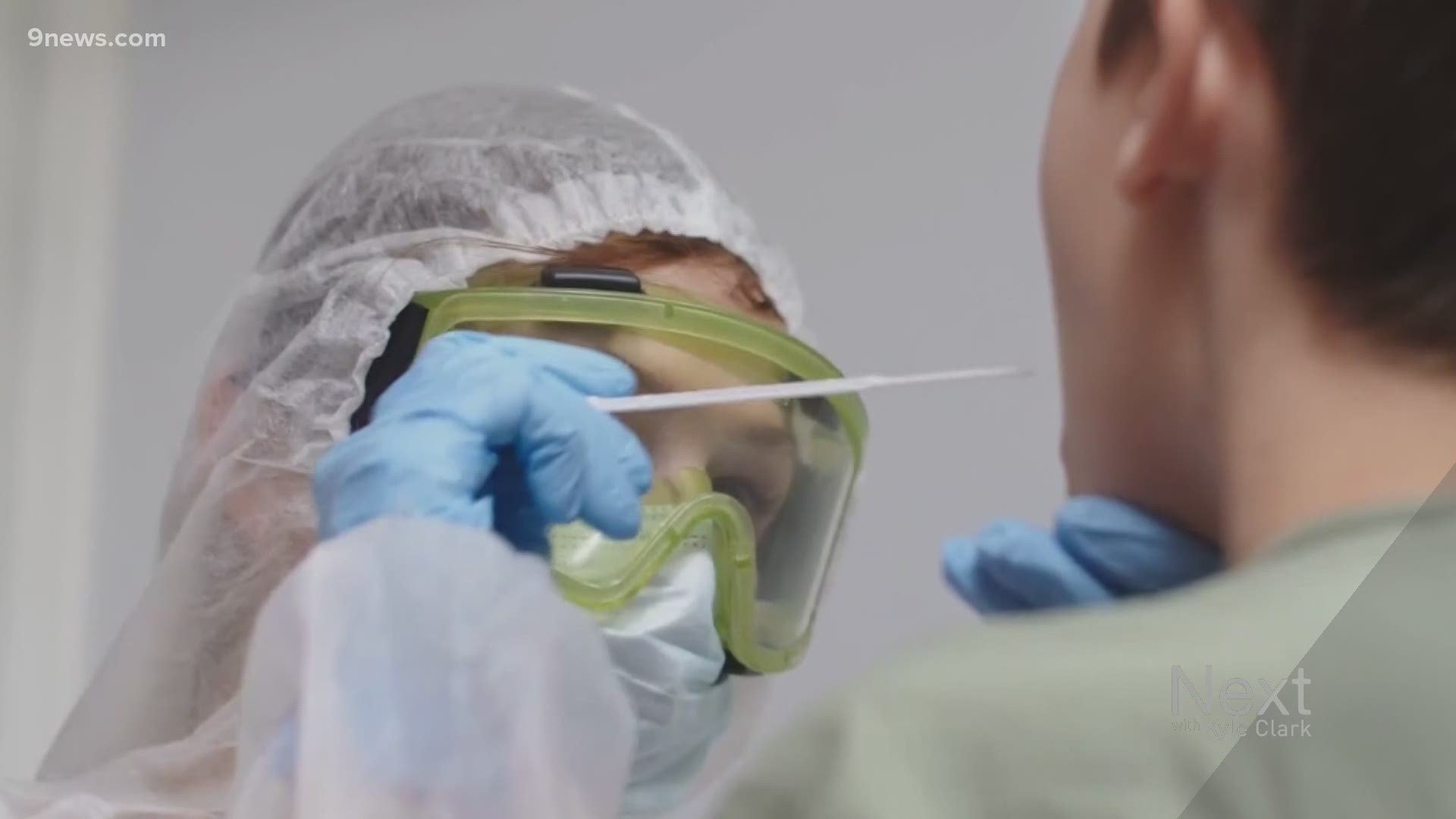 "The intent is to limit possible exposure of people who may have COVID either with or without symptoms," he said.

The Colorado Department of Public Health and Environment added:

The state also explained this is for personal gatherings, writing:

"The amended public health order applies to personal gatherings that are not otherwise regulated by an existing order. (Examples of sectors regulated in other areas of the order are restaurants, office spaces, and schools.) Restaurants can continue to provide indoor dining with the crowd capacity outlined in their county’s dial level."

On Oct. 23, the state announced it was limiting personal gathering sizes to no more than ten people, and no more than two households for all counties at all safer at home levels.

Personal gatherings limited to ten people, no more than two households
REMOTE, (Oct. 23, 2020): In response to an alarming increase in hospitalizations due to COVID-19, the Colorado Department of Public Health and Environment (CDPHE) today amended its Safer at Home public health order to limit personal gatherings in all counties at all Safer at Home levels.
Colorado

For the counties in the Protect Our Neighbors face, the state wrote:

"Local governments determine gathering sizes in Protect Our Neighbors, however, we are asking all Coloradans to act with caution to help slow the third wave of the virus. We need to keep gatherings smaller and with people from fewer households. We are on a worrisome path, and taking action now can prevent the need for future shutdowns."

What about other counties?

More than 20 counties are currently implementing stricter rules or mitigation efforts to reverse their COVID numbers.

All current regulations can always be seen on the state's online map.