Sydney Donovan was one in a group of students who asked the Colorado Supreme Court if they could temporarily skip the bar exam. The test was held as scheduled. 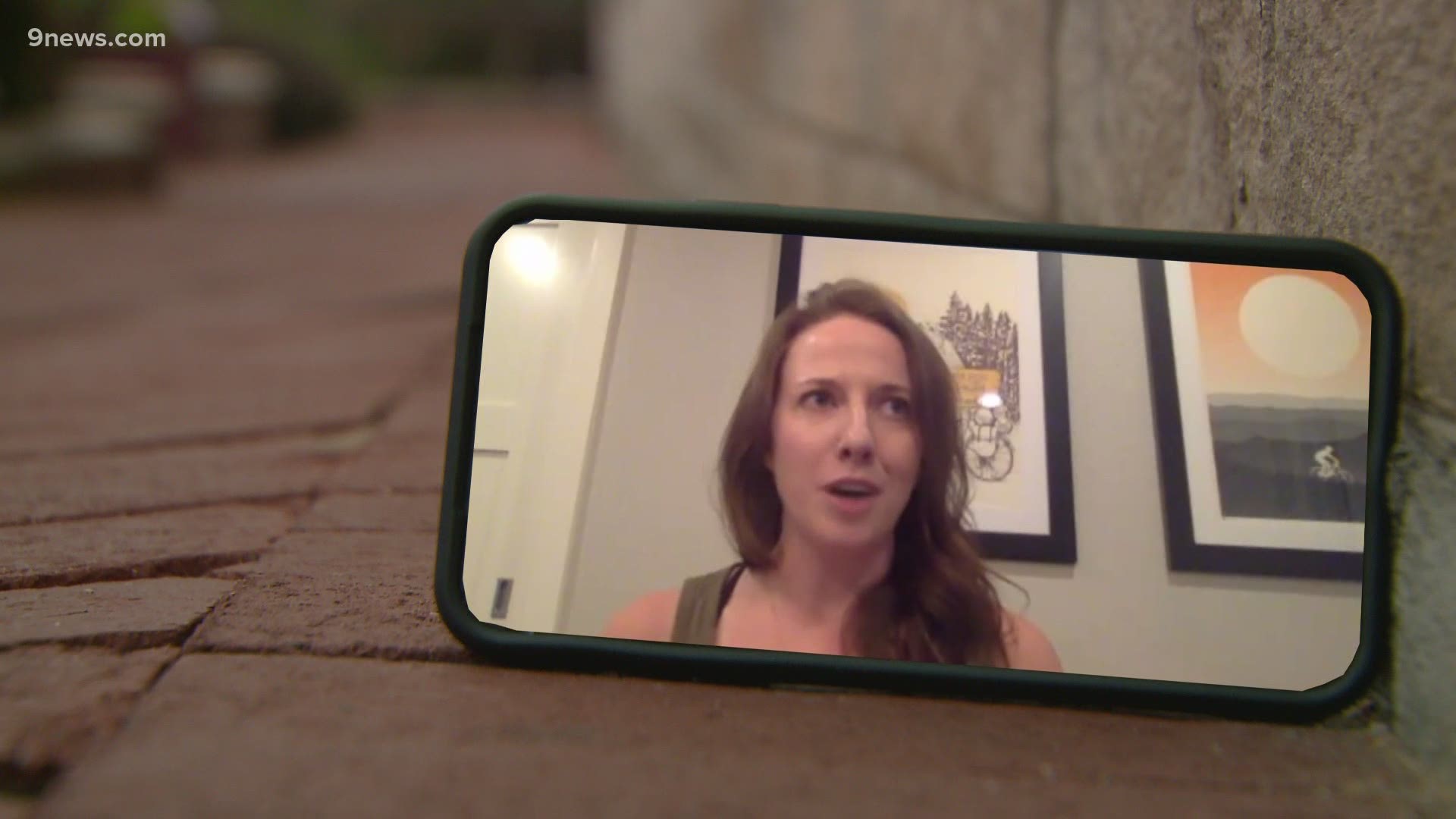 DENVER — For weeks, law graduates including Sydney Donovan argued to the Colorado Supreme Court that taking the bar exam in the middle of the pandemic was dangerous.

Minutes after Donovan finished her test this past week, she found out she had tested positive for COVID-19.

Donovan, a law student from the University of Denver (DU), said she was asymptomatic but was required to get a test before an upcoming scheduled surgery. She said she had no reason to believe she was positive because she had been home studying.

"Your phone is off through the whole test," Donovan told 9NEWS. "I turned on my phone after the test was over to have a voicemail from a nurse at my orthopedic surgeon's office saying, 'I need to talk to you about your COVID results and your surgery,' without any further information."

The results came in minutes after finishing her test on Wednesday. She had been tested for COVID-19 on Monday.

She guesses about 20 other people were in the room where it was administered. Participants were required to wear a mask and stay socially distant, but she worries others may have been exposed.

"I was completely asymptomatic. I had no idea," said Donovan. "I would have no idea still that I have COVID if it were not for the stroke of luck that I had surgery scheduled."

The University of Denver said it a statement that it will initiate a contact tracing protocol based on the positive test:

Wednesday, after the conclusion of the two-day Colorado bar examination, we were informed that an individual taking the test had received a positive COVID test. The University’s COVID response team was promptly informed of this development and has instituted appropriate protocols to be used in such instances, including contact tracing. In circumstances when a community member or visitor to campus informs the University of Denver that they have tested positive for COVID-19, the University initiates a contact tracing protocol so that anyone who may have been exposed to the virus is promptly notified. Safety and security of the DU community is the highest priority. We are ever mindful to balance the confidentiality of health information with the transparency needed to mitigate exposure risks and maintain compliance to regulations and University policy.

Previously, students at DU and the University of Colorado (CU) started a petition that asked the court to consider an alternative to gathering graduates indoors for two days for the test that will give them their legal licenses.

"This is precisely the risk that we were trying to shout from the rooftops," said Taylor Volkman, a DU Law graduate who took the exam in the same room as Donovan. "It’s so ironic because the three of us were all in the group advocating for diploma privilege, and it happened right in front of us."

The Colorado Office of Attorney Admissions and the state Supreme Court, however, released guidelines that they said will keep students safe while taking the exam. Guidelines included social distancing, requiring everyone to wear masks and temperature checks before entering.

"It doesn’t matter how it happened or why it happened, the fact is this is a risk that was known," said Frances Oliver, a DU Law graduate who was in the room with Donovan taking the exam. "It was the first time in months I had been in a setting with more than 10 people. There was a lot of anxiety about the first time doing that and having to do it in such a high-pressure situation."

While a small handful of states have waived the need for graduates to take the bar exam before obtaining their legal licenses, Colorado maintains it ensures all lawyers are competent.

"We are very sympathetic to the stresses being experienced by those studying for the bar exam, which are high even in an ordinary year, and of course this is no ordinary year," wrote Jessica Yates, the attorney regulation counsel for the Colorado Supreme Court, in a statement to 9NEWS earlier.