It's an anti-recall group asking you to recall your own signature from the pro-recall group's petition. You got all that? No? Keep reading. 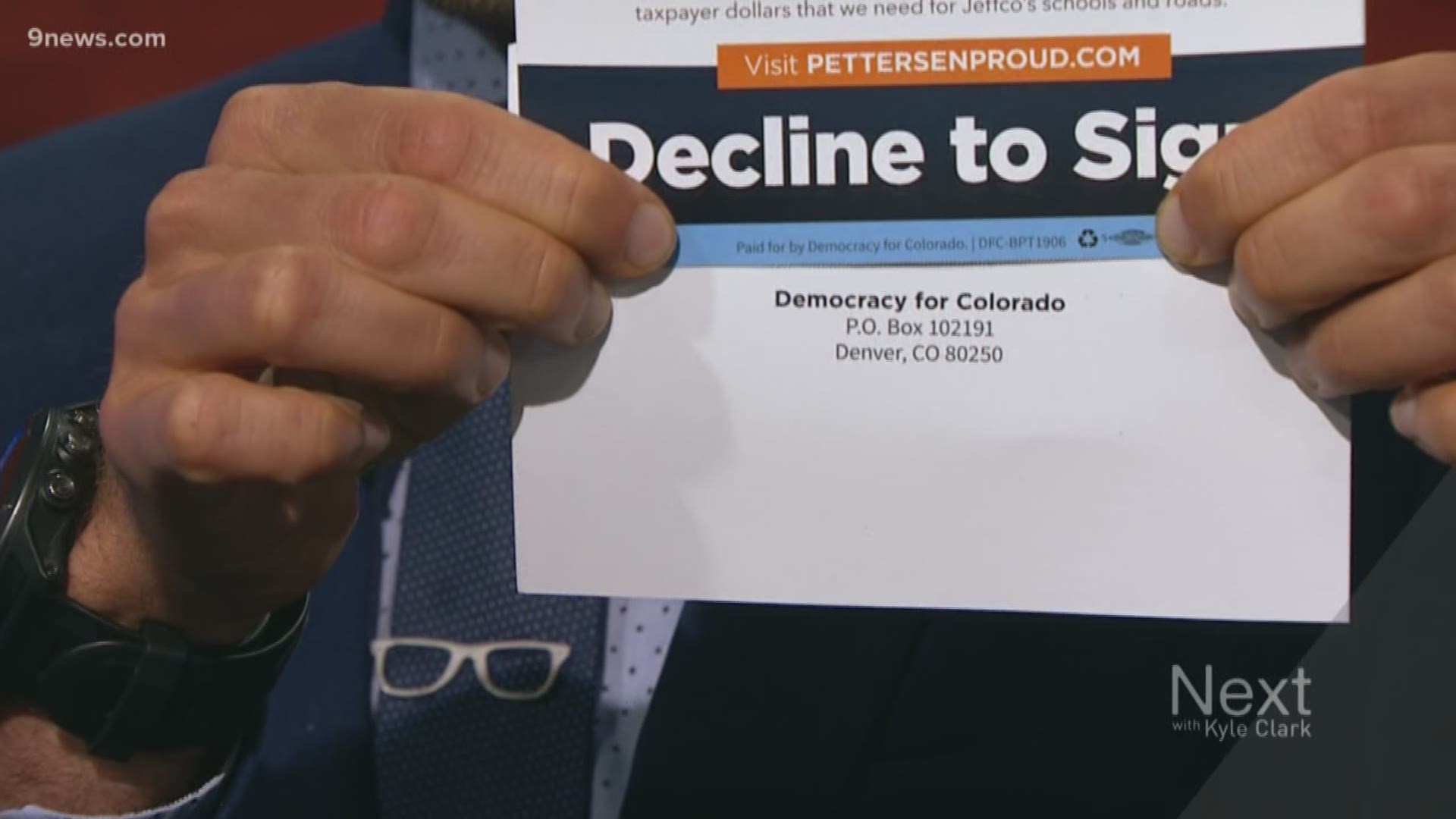 DENVER — The group Democracy First Colorado has a catchy theme: "Decline to Sign."

Democracy First Colorado volunteers are now going door-to-door with "Decline to Sign" handouts with an attached postcard that they're asking…to be signed.

The postcard is an "official request to withdraw signature" and would be sent to Secretary of State Jena Griswold.

The postcard being handed out in Pettersen's district reads:

"I do not support the attempted recall of Sen. Brittany Pettersen. As a registered voter in this district, I want to ensure that my name does not end up being counted in the deceitful and misguided effort to recall her. Please consider my signature below as my official opposition to this recall effort and my official request to withdraw my name from the filed petition."

It then has space on the postcard for the voter's name, address, signature and date.

Next with Kyle Clark viewer, Barb from Lakewood, wanted to know if she signed the postcard, could her signature be used to actually recall Pettersen.

We asked the Secretary of State's Office if the postcard is legitimate.

"Sure, it has all of the information that they're required to submit to us," said Hilary Rudy, the state's Deputy Director of Elections. "If somebody submits a written request, it needs to include their name and the address where they signed the petition and we'll remove their name from the recall petition."

To answer Barb's question, no, signing the postcard would not add your name to the recall. However, it wouldn't remove your name from the recall.

"If somebody who signed one of the recall petitions wants to withdraw their name, they need to submit a written request, both to our office and to, at least, one member of the recall committee," said Rudy. "And the deadline to do that is no later than three days after the petition is submitted to our office."

If you sign a recall petition for a candidate to be removed from office, you can change your mind. To do so, you need to notify the Secretary of State's office and the recall committee that had the petition you signed originally.

According to Curtis Hubbard, a spokesman for Democracy First Colorado, if voters sign the postcards they are handing out, they would submit the actual postcard to the Secretary of State and provide a copy to the recall committee.

Hubbard said they would notify the Secretary of State's office about the mistake and have since corrected it for future handouts.

A new state law that took effect on Aug. 2 requires groups to provide a "paid for by" on handouts and mailers like this. However, according to Hubbard, this was produced and distributed prior to Aug. 2. Because of the timing, it did not even need to have a "paid for by" printed on the material. But it did, and it was wrong.