There's a sign warning against break dancing in a Denver elevator, so obviously we had questions

Why can't you break dance in the elevator at the McNichols Building? Blame 1910 architecture and one person who ruined everything. 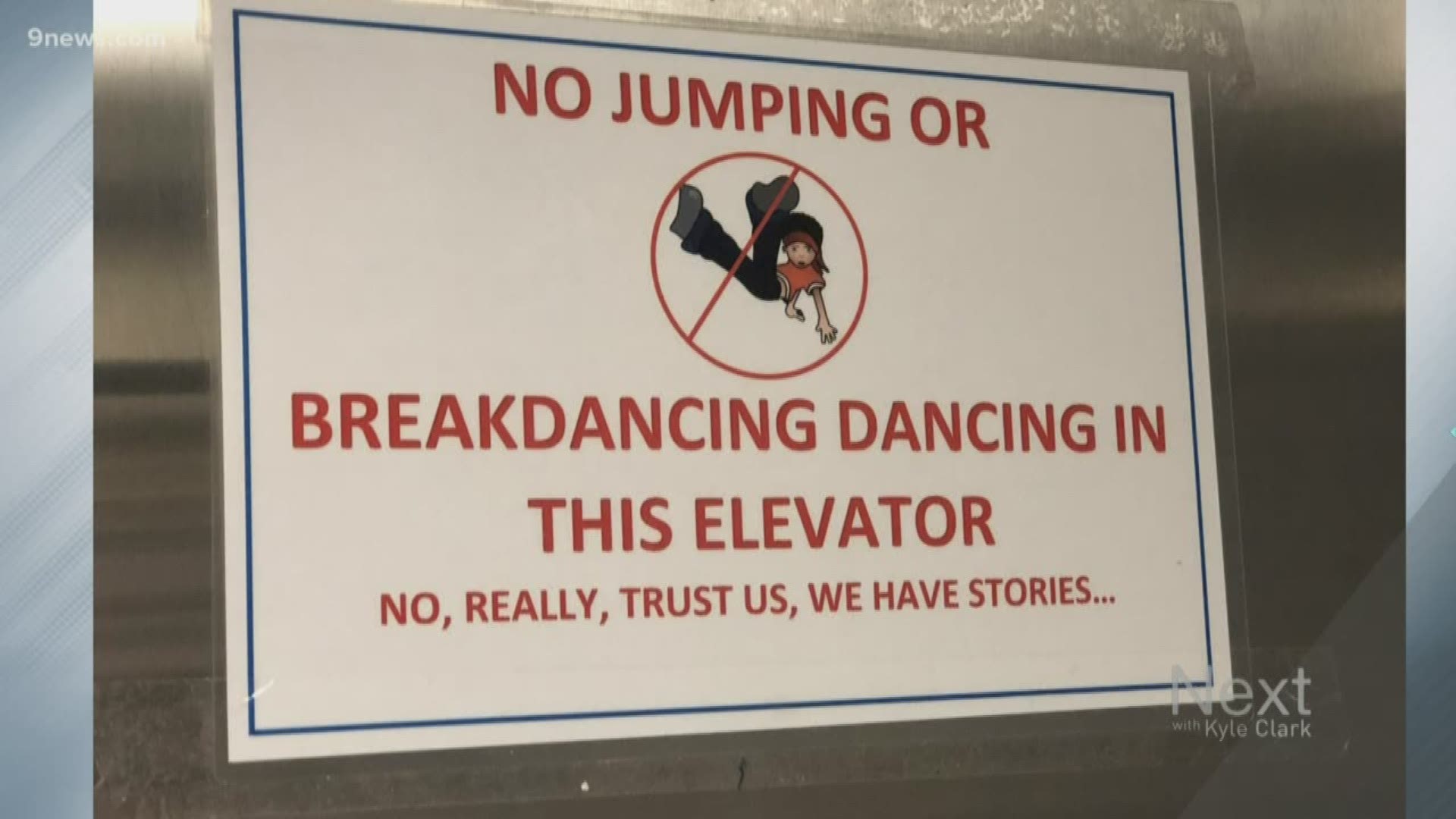 DENVER — It was Ted Mosby who once said: “Kids, you haven’t truly lived until somewhere, somebody puts a sign up because of something you did.”

Today, we will introduce you to a person who, per Mosby’s approximation, has truly lived.

This story begins with Stewart Tucker Lundy, who had a meeting in the McNichols Civic Center Building on Feb. 25. While he was in the elevator, he tweeted that he found himself “wondering damn … I miss the person who was break dancing in here.”

This thought was prompted by a sign in the elevator, which reads …

“No jumping or breakdancing in this elevator. No, really, trust us, we have stories."

Stories? This led to an investigation, which ultimately led us to Brian Kitts, the director of marketing at McNichols.

He confirms yes, there was dancing in the elevator.

RELATED: It's a Sign: No dumping in this Colorado park... or else

“It was literally a break dancer that broke the elevator,” Kitts said. “The building was built in 1910, so the equipment occasionally goes out.”

Kitts said the breakdancer in question was likely attending one of the events in the building. According to their online calendar, these range from nighttime yoga classes to Resolution, a New Year’s Eve ball with an open bar.

“It only takes one breakdancer to break the elevator,” Kitts said.

He does not remember exactly when the incident happened, but Kitts could confirm a dancing-related elevator breakage has occurred only once. The sign was a tongue-in-cheek reaction to the one-time event.

A one-time event that is now entrenched in legend.

We found this sign because Lundy used #HeyNext. You should also use this hashtag to share all of the amazing signs in your life.