There’s a promise of more transparency from a group collecting donations for families of the Boulder shooting victims. 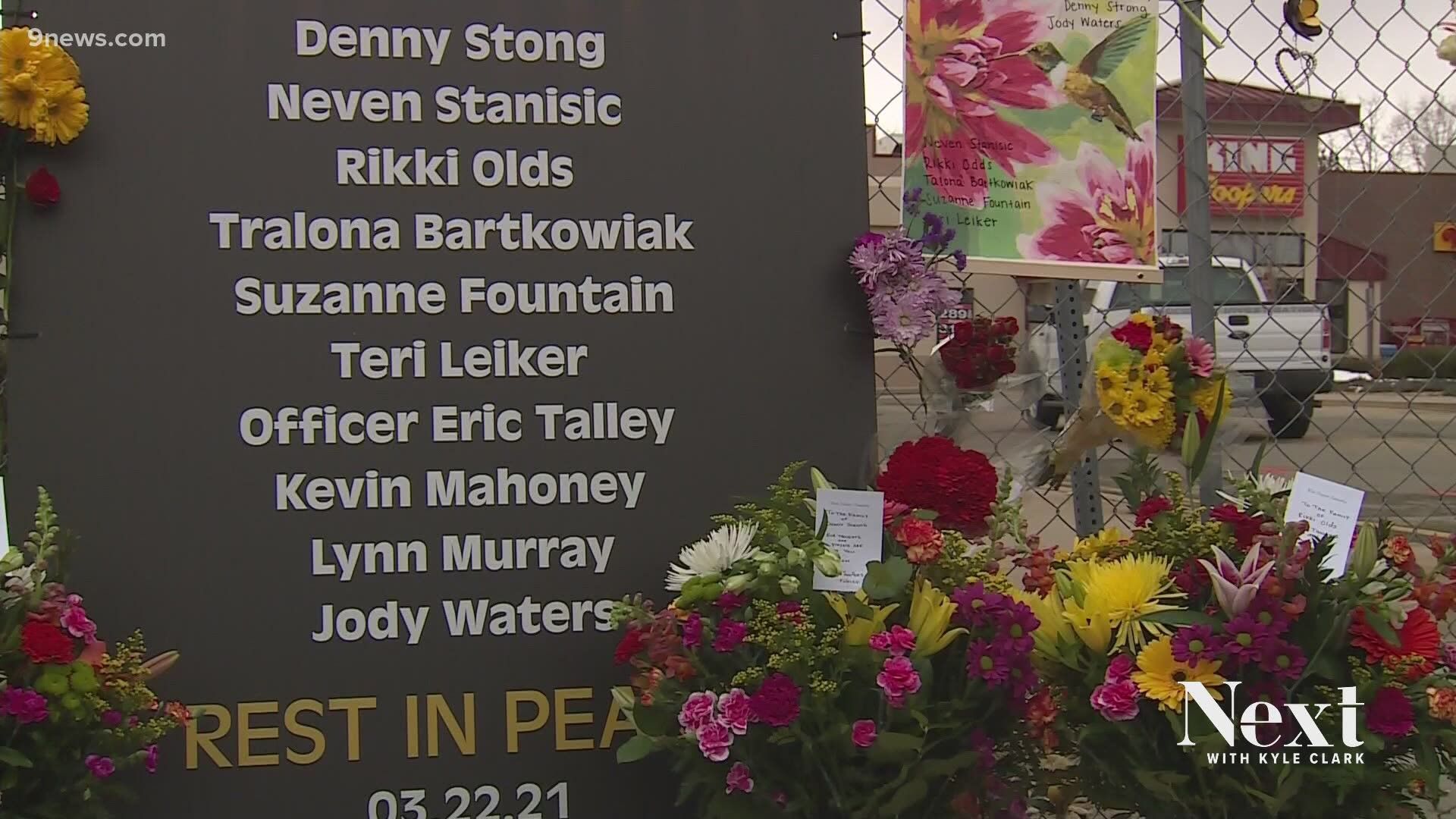 BOULDER, Colo. — The non-profit that collected the most money after a mass shooting at a Boulder King Soopers has doubled what it distributed to families in the two weeks since a victim’s husband raised concerns about slow distribution and asked for more transparency.

The Colorado Healing Fund has distributed $1.5 million to victims as of Monday, up from approximately $700,000 at the beginning of June, according to former Colorado Attorney General Cynthia Coffman, who established the non-profit with a grant from her office and now serves as the chair of an advisory board for the fund. The fund has collected $4.4 million since the shooting on March 22, Coffman said.

The non-profit will now provide a quarterly public report to spell out how much has been raised and how much has been distributed, according to Coffman. She said the decision to publish a report was made before John Mackenzie, whose wife Lynn Murray died in the shooting, went public with concerns.

Mackenzie formed a group called Stand Up Bolder, asking the state to step in, take over the funds raised, hire a special master to distribute the money and audit the non-profits. Mackenzie specifically asked for attorney Kenneth Feinberg to be the special master for the fund.

Feinberg said he knows little about the situation in Boulder, but he can understand the tension.

“In all fairness to everyone involved in Boulder who’s trying to do the right thing, I mean no one’s literally trying to sabotage anything, it’s just that no good deed goes unpunished,” Feinberg said in an interview with 9NEWS.

Other than speaking with Mackenzie, he said he hasn’t been contacted by any state leaders regarding the Boulder shooting and said he is unfamiliar with the efforts of the Colorado Healing Fund.

The fund was created as a new model for charitable giving following mass tragedies. Its board members say the fund is meant to provide support not only in the short term, but in the long term as well.

Feinberg said he comes from a different school of thought on victim compensation.

“Long term need, there’s not enough money, there really isn’t,” he said. “And I’ve found in my own experience, not in regards to Boulder, the sooner you collect the money and distribute it and move on as best you can that’s best.”

After the Aurora Theater Shooting, Feinberg said he decided the largest portion of funds collected should go to the family members of the victims who died in the shooting. It was divided equally among them.

The rest of the funds were given to victims who were physically harmed in the shooting, with the dollar amount depending on how much time each victim spent in the hospital.

“That wasn’t a difficult calculation…one by one by one,” he said. “The tough part is the emotion… like the families I’m hearing from now in Boulder very emotional angry frustrated. Absolutely understandable.”

Feinberg said as generous as Americans are, they often forget that money won’t bring a loved one back.

“Money is a very hollow substitute for loss.”

Contact 9News reporter Steve Staeger with tips about this or any story by emailing Steve@9news.com.