The Most Colorado Thing We Saw Today? A moose attacking a man's car while he was on a bike ride, and the guy who saw it leaving a note for the owner. 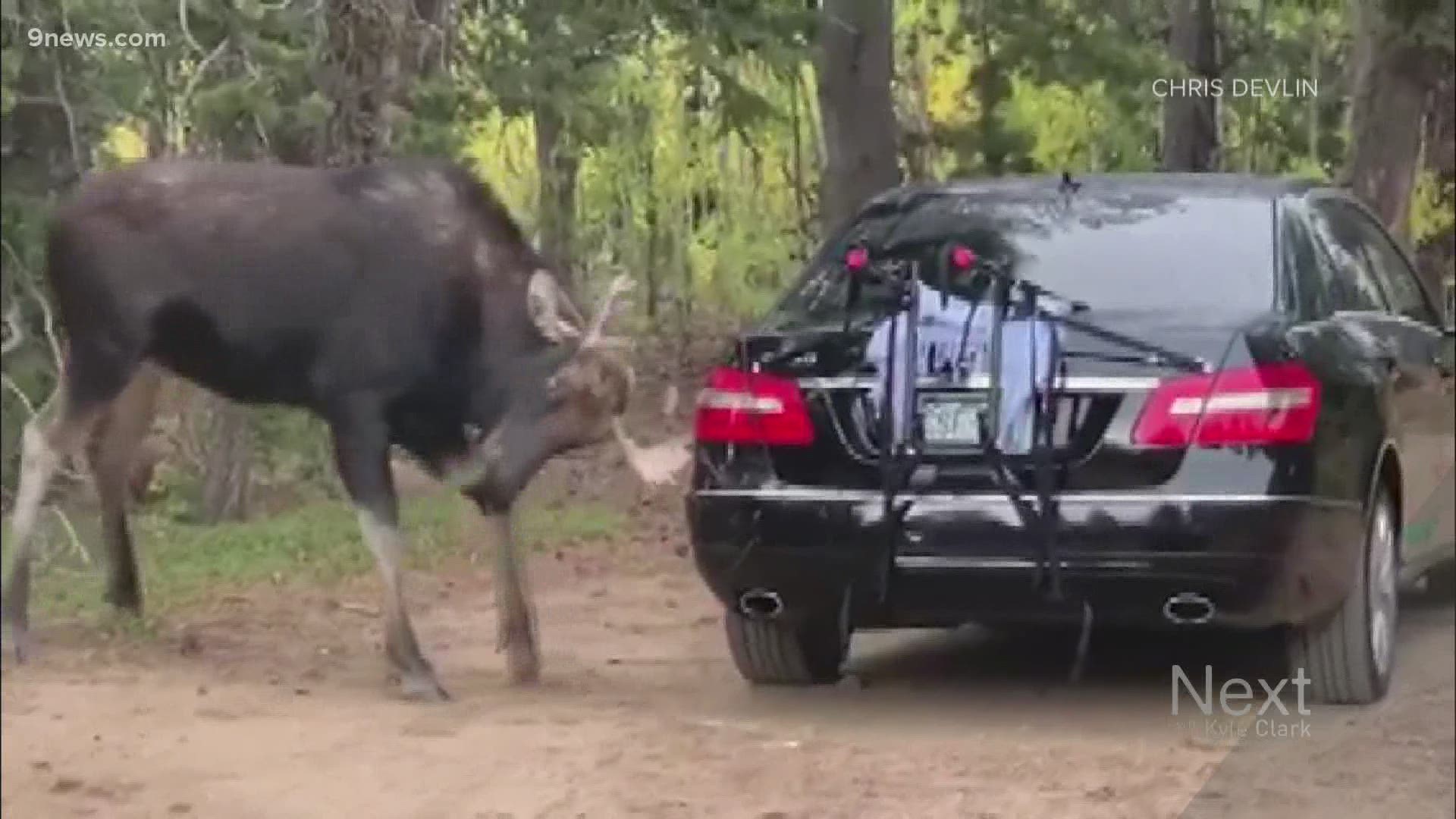 DENVER — After a six-hour bike ride on Tuesday, Jake Wheeler returned to a note on his windshield about damage on the side of his car.

“I came back to this cardboard note on my car, with a couple of scratches all over it. I had no idea, I thought someone attacked my car and maybe this guy was just leaving me a note, like ‘hey, I saw somebody attacking your car.’ It turned out to be a moose that attacked my car,” Wheeler said.

It happened Tuesday near the Switzerland Trail in Boulder County.

The note had been left by Chris Devlin, who happened to drive by as a moose was repeatedly thwacking his antlers against the side of Wheeler’s car. He stopped and began honking in an attempt to get the moose to quit.

“Sure enough that moose reared its head at me. I’ll tell you what, I didn’t want that moose coming my way. I quickly kind of backed off the horn, and he went back to his business,” Devlin said.

Eventually, the moose gave up and went further into the woods to take out his aggression on a tree, and finally a nearby sign – common conduct in rutting season. That’s when Devlin decided to approach.

“I was staring at him eye on eye, mano e mano, as I was walking in to get that note, and I had my running shoes on so I was getting ready to get out of there if I needed to,” he said. “He was staring at me the whole time I was placing that note on the car because he knew that Mercedes was his.”

The Most Colorado Thing We Saw Today: A moose hit-and-run, but at least a witness was kind enough to stick around and leave a note. pic.twitter.com/oieLulhdFw

The note included Devlin’s phone number so that Wheeler could see the video himself.

Devlin, who lives not far from the trail in Gold Hill and sees moose frequently, is from the mountainous area of West Virginia. Animal-versus-car is a familiar concept.

“I’ve seen a lot of deer-on-car crime, a little bit of bear-on-car crime, growing up in the Adirondacks in the Appalachia region,” he said. “As far as around Gold Hill, that’s definitely a sight for sore eyes seeing a moose of that stature coming up against some Mercedes steel.”

Wheeler, however, who has lived in Colorado his entire life, has never seen a moose and is still learning about them.

An estimate he received put the damage at $3,200. Insurance will cover it, minus the $750 deductible.

RELATED: Someone on the internet called it a 'ghost town,' but this Colorado community is actually very much alive

RELATED: The history of the moose in Colorado