How confusion around census could impact Denver's marginalized communities

The moving deadline and pandemic limitations made the census more complicated in 2020. Anusha Roy looked at the obstacles' impacts on undercounted communities. 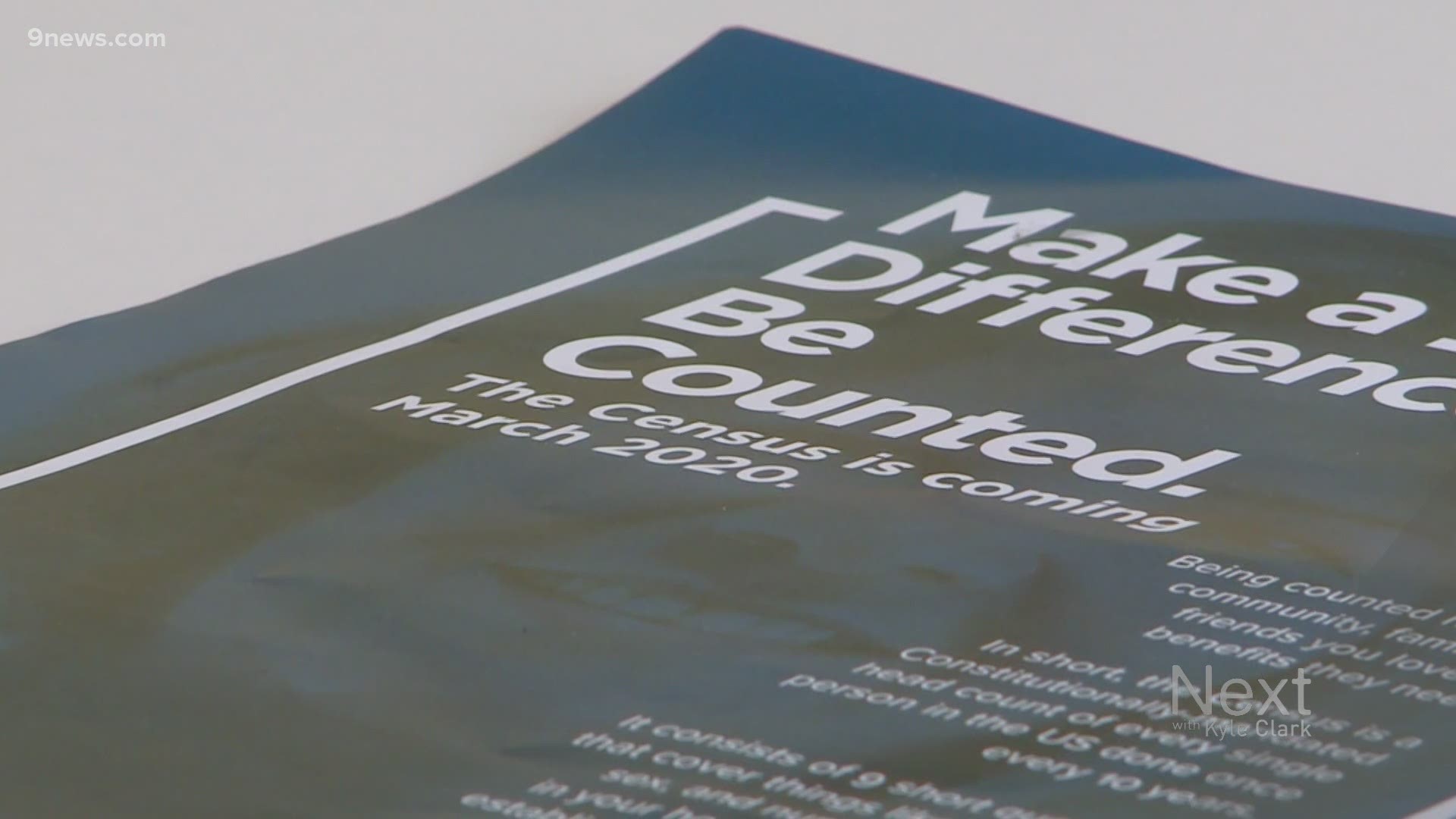 DENVER — A series of obstacles to filling out the 2020 census has in turn created obstacles that could impact Colorado's undercounted communities.

This year demanded creativity when it came to outreach because of COVID-19, like weaving information about the census into food banks and coronavirus testing sites.

At the Re:Vision building in southwest Denver, the team even added a mural to help with census education.

"[It's] to identify all the communities in Westwood that are undercounted -- our Latino friends, Native American indigenous neighbors, Asian American and African American, Black," said Joanna Cintron, the executive director.

Re:Vision is a not-for-profit organization in Denver dedicated to community development around the Westwood neighborhood, particularly by creating local gardens and systems to address food insecurity.

Cintron worked on census outreach along with Michael Benitez, the vice president for diversity and inclusion at Metropolitan State University of Denver.

Benitez said when face-to-face meetings were ruled out because of the pandemic, they pivoted fast to using video chats, social media and art to help build trust and encourage people to fill out the census.

"These are communities that normally, regularly rely on face-to-face," he said. "Culturally there is an intimate process of cultivation and building relationships. [It's] why they can trust us and why it's important to fill out the census."

Benitez said part of his education outreach is assuring people the information used to fill out the census is kept anonymous.

One of the many things the census helps decide is how much federal funding states and local jurisdictions get -- money that can go to the same communities that are undercounted.

In addition to the pandemic, language barriers and distrust of the government are also obstacles.

"Immigrant communities might not be able to vote," said Cintron. "But they can be counted in the community they live in. Their representation should accurately reflect their needs."

Cintron said part of her education outreach has been building trust in the process.

RELATED: Why Denver wants you to care about the census

In addition to the pandemic, moving deadlines between July and October made the process more confusing, raising the concern about data accuracy and about whether hard-to-reach communities would be missed in the count.

Most recently, the U.S. Supreme Court weighed in Tuesday. Their decision effectively allowed the government to halt the count. The U.S. Census Bureau said the deadline is October 15. The U.S. Census Bureau is worried about having enough time to comb through their data to make sure it's accurate, which is a concern it has raised before. Usually, the agency has several months to do that, but as it stands now, they have roughly two-and-a-half months.

"Our biggest reason to do this is to be a trusted voice in the community to say it was OK to fill out the census. A lot of what it does is it breaks that trust by the constant question and changing deadlines," said Cintron.

But undercounting is still a worry.

"We could have done better," said Benitez. "Maybe even had a significantly higher response rate."

The bureau said as of October 13, more than 99.9% of housing units were accounted for. That number differs from the self-response rate for Colorado because the census has its methods to fill in the gaps when people don't respond on their own.

That can include going door to door or using records, according to the City of Denver's census coordinator.

People can find more information about filling the census here.