The head of the Tri-County Health Department, now made of only one county, looks at keeping services going while employees may also start going. 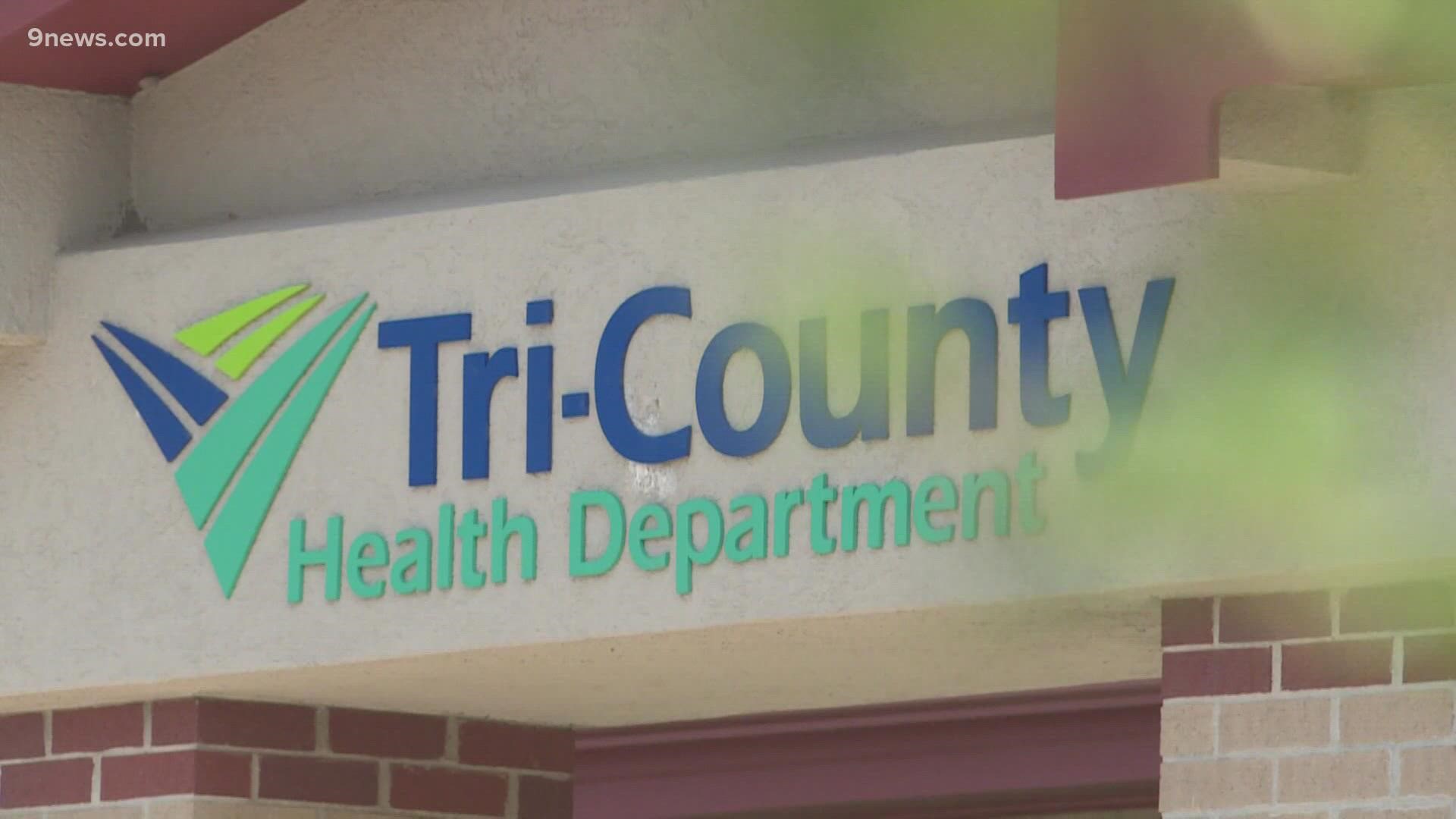 DENVER — And then there was one.

Adams and Douglas counties have opted to leave the health department they shared with Arapahoe for 55 years. That has put Tri-County Health Executive Director Dr. John Douglas in a tough spot.

He needs to keep his staff of 400, including some employees may not have work after 2022 when current contracts with all three counties are set to expire. He also has to fill any open jobs that may seem lame duck.

"You know, I'm already hearing the anecdotes of, 'You know I'd love to work for Tri-County, but I'm not going to interview for that job a applied for because it's too uncertain,'" Douglas told 9NEWS.

He does not plan to overwork current staff, but he may have to pivot to continue functioning for the one and a half million people Tri-County still serves.

"We'll probably have to judicially trim back services. Well, what does that mean? Well, it means a clinic that was open five days a week, maybe it's only three days," Douglas said.

That will all have to become part of the process for each county creating its own separate health board or department, formed because of the splits that Douglas partly attributes to the choices of Gov. Jared Polis (D).

Back in March 2020, Tri-County issued localized stay at home orders before the governor announced an order for all of Colorado. The same was true for indoor mask orders.

"Sadly for us, in both of those circumstances, we were kind of on the edge of our seats -- we got to do something. Somebody has to do something. The governor had not decided to act for either of those, so we, in both cases, along with other health departments in the metro area, did act," Douglas said.

"I wish the governor had been more proactive."

Adams County formally votes next week on creating its own health department after 2022. Then all eyes will be on Arapahoe County.

There isn't an immediate plan for a Tri-County Health Department name change, as the department navigates the changes.

"What are we going to call ourselves in the meantime? Um, maybe 'Tri-County Health Department Pending Further Notice, or something like that," Douglas said.

Regardless of the divided health departments, he hopes that does not mean a divisive culture for the long run.