We caught up with Sen. Gardner at the airport to ask if he supports new witnesses in impeachment trial 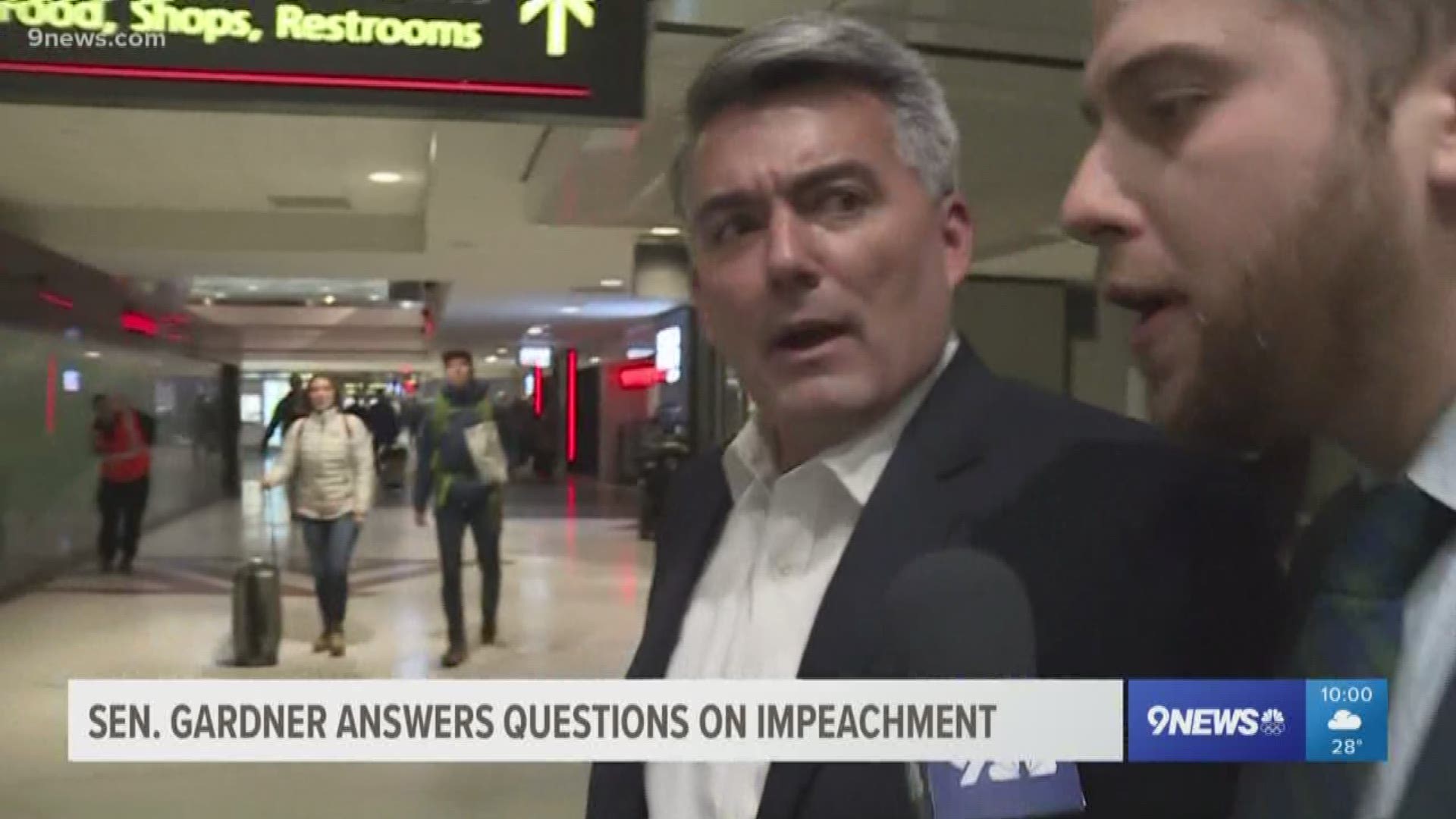 Proceedings are expected to pick up again Tuesday when the debate over witnesses will take precedence.

To approve the addition of new witnesses and the trial rules, 51 senators must agree. Each Senate Democrat and four Senate Republicans would have to vote in favor of issuing subpoenas to witnesses who were blocked from testifying by the White House.

RELATED: Ahead of impeachment trial, Trump suggests not having it

CBS News reported this week that the Trump administration has concerns that Gardner may be among a group of Republican senators who could cross party lines.

Next with Kyle Clark reached out to Gardner’s office for comment. His office did not provide a direct answer.

“I am focused entirely on fulfilling my Constitutional duty as an impartial juror and my responsibility to listen to both sides present their case,” his statement said.

Gardner, who has dodged requests for scheduled interviews, flew from Washington D.C. to Denver on Thursday evening, ahead of the Senate's long weekend. 9NEWS reporter Steve Staeger met the senator when his flight landed at Denver International Airport to ask once more.

“We have a trial. That’s where we’re at right now,” Gardner said of adding witness testimony. “I take my impartiality duty seriously.” 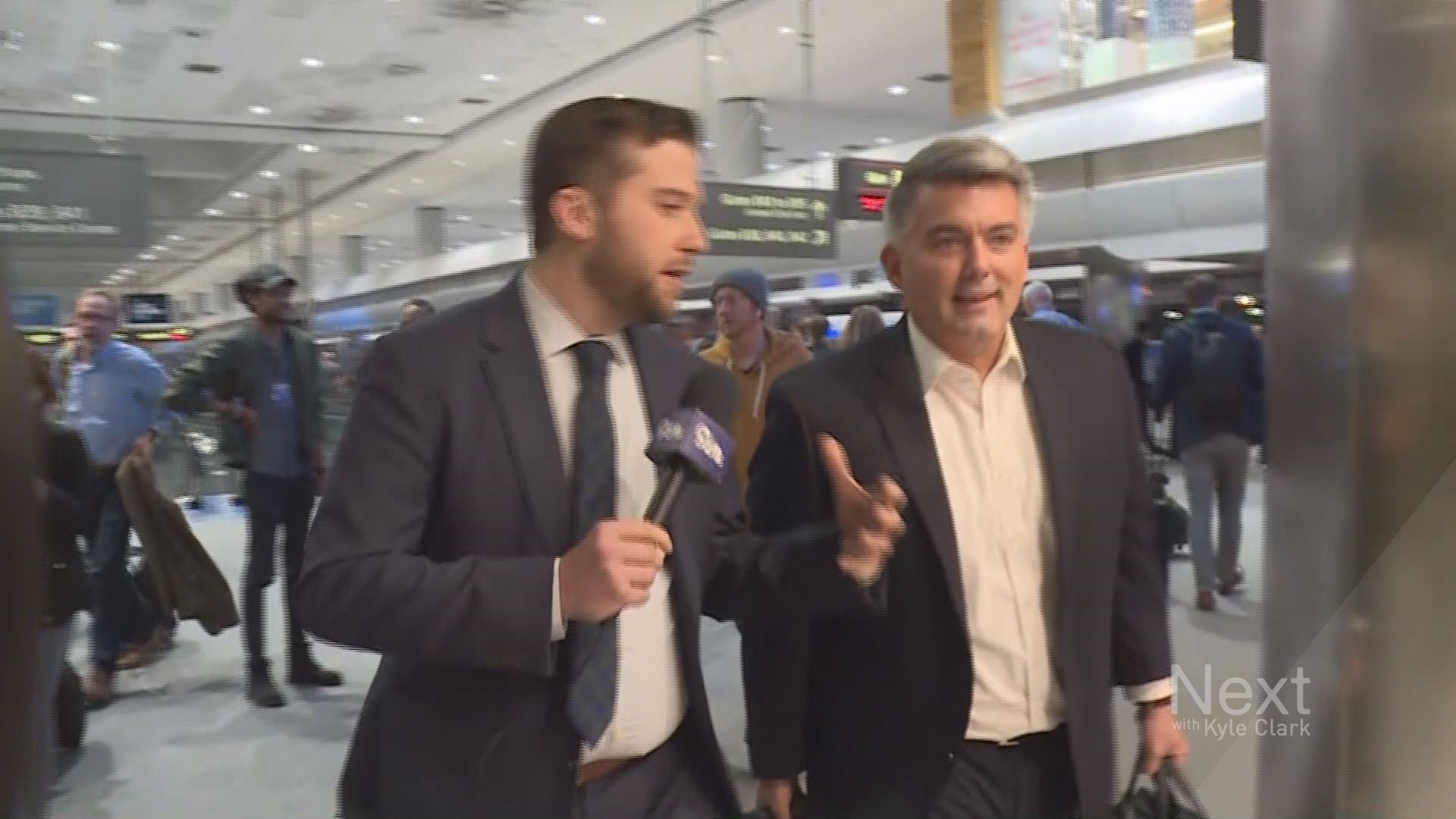 Gardner added that he will remain impartial during the Senate trial, as he took an oath to do, even while he has hosted a fundraiser for Trump, and the president has promised to campaign on his behalf in his bid for reelection.

“Well, there are people running for president against President Trump in the Senate, so we have a duty to be impartial,” Gardner said.

Bennet is one of the Senators running for president in 2020.

"I have a Constitutional responsibility to be an impartial juror, that's what I will be, and it's a great privilege to do that. I'm not going to allow politics to affect that," Bennet told Next Friday from New Hampshire, where he's campaigning.

"I'd be delighted to have more witnesses on that subject."

You can see the exchange with Gardner here: